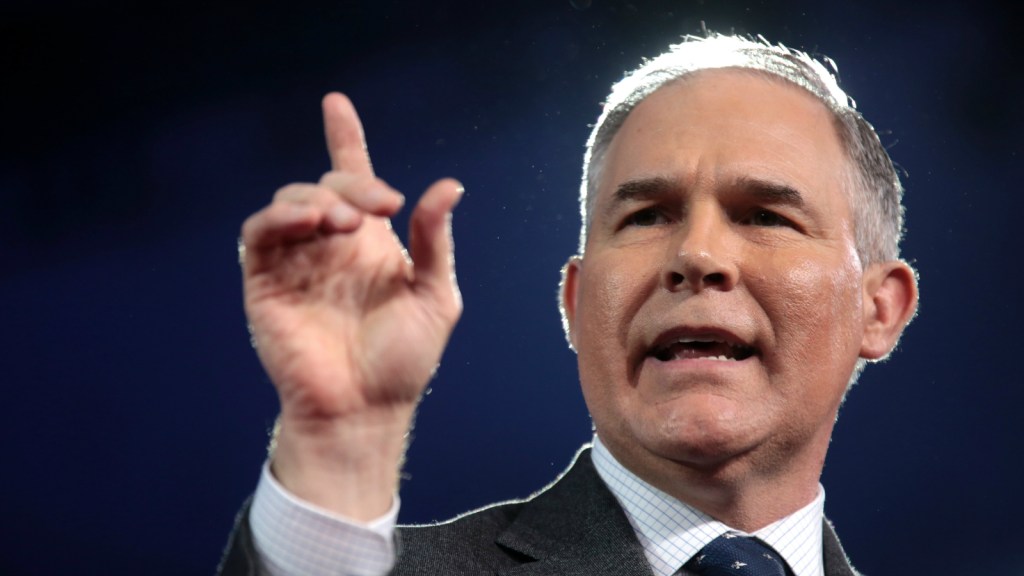 Last month, I wrote about a pending lawsuit over an Obama-era limit on ground-level ozone pollution, the primary ingredient in urban smog. I explained that EPA Administrator Scott Pruitt’s handling of the case would test the sincerity of his recent pledges to prioritize air quality, even as he works to unwind EPA restrictions on greenhouse gas emissions.

Well, test day arrived, and Pruitt failed miserably. It seems that the new administrator’s only real priority is rolling back regulatory protections, regardless of which type of pollution they address.

Before we get to Pruitt’s latest move, a quick refresher on the case:

Since the 1970s, the EPA has issued “National Ambient Air Quality Standards” that limit the permissible concentration of ozone in the air we breathe. The Clean Air Act requires the agency to set these standards at a level that protects public health with an “adequate margin of safety.” And because scientists’ understanding of pollutants’ health effects can evolve in response to new studies, the act also mandates that the EPA review and, if necessary, revise its standards every five years to ensure that they remain sufficiently protective. In 2015, the EPA tightened the 75-parts-per-billion ozone limit that had been set by the Bush administration in 2008 to a 70-parts-per-billion standard. The agency projected that, in 2025 alone, its new standard would prevent up to several hundred premature deaths, along with hundreds of heart attacks and asthma-related emergency room visits.

A number of industry groups and state attorneys general — including Pruitt, who was then Oklahoma’s chief lawyer — promptly sued in the D.C. Circuit Court of Appeals, claiming that the new limit was unnecessarily stringent and impossible for some parts of the country to achieve. At the same time, a coalition of environmental and public-health organizations filed its own challenge, arguing that the standard was too weak to protect the public from ozone-related harm.

And then — after all parties had filed their written briefs but before the court held oral argument on the case — Donald Trump was elected president and appointed Pruitt to run EPA. That left Pruitt with two options: (1) allow the agency to continue defending a rule he had, in his prior job, sought to destroy, or (2) ask the court to put the case on hold to give EPA time to craft a weaker replacement standard.

Unfortunately, Pruitt chose Option 2. At the close of last week, the EPA asked the D.C. Circuit to indefinitely postpone oral argument (which had been scheduled for April 19) while “officials appointed by the new Administration … determine whether the Agency should reconsider the rule or some part of it.” On Tuesday night, the court granted the EPA’s motion.

The good news is that the 2015 ozone standard isn’t necessarily doomed. The EPA can’t weaken the existing limit without finding, based on current science, that its proposed replacement would still protect public health with an adequate margin of safety. Any such finding would then be subject to legal challenge, and the environmental and public-health groups that have argued the 2015 standard is too permissive will, of course, find a weaker version even more objectionable.

Still, for those holding out hope that the Pruitt EPA would limit its deregulatory efforts to greenhouse gas rules (sheepishly raises hand), this is a disappointing reality check. All of our environmental protections are at risk, folks. Not just the climate policies.