This is exactly the wrong way to clean up the L.A. area's air 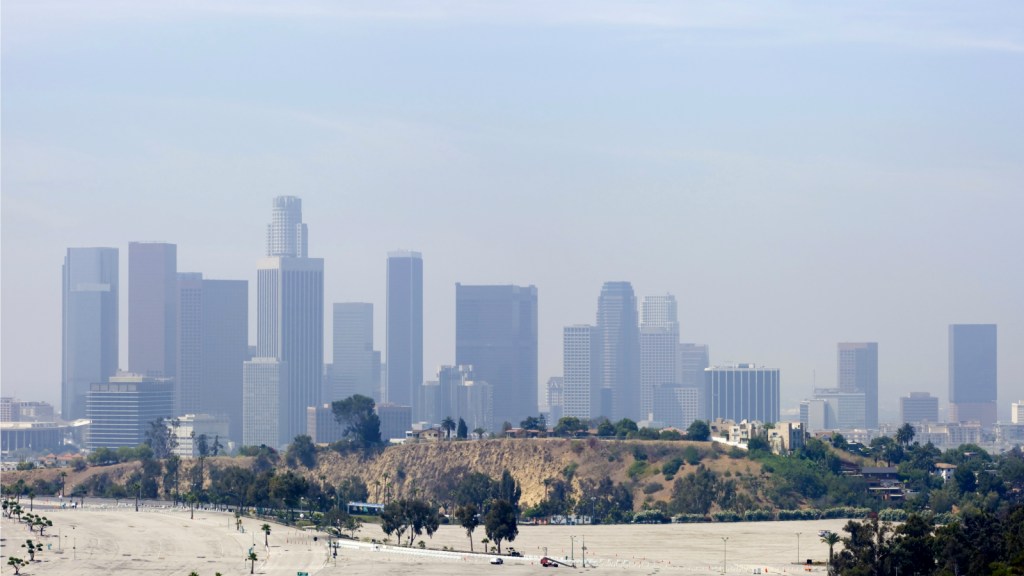 This is exactly the wrong way to clean up the L.A. area’s air

Angela Johnson Meszaros is a staff attorney with the California regional office of Earthjustice in Los Angeles.

Los Angeles area air regulators should be forcing polluters to cut their dangerous emissions. Instead, they want to shift the responsibility for cleaning up our air from those profiting from the pollution to those of us simply trying not to die from breathing it. Whether they get away with it will depend on a critical vote this coming week.

The greater Los Angeles region has the dirtiest air in the nation. “Every year more people will die in Southern California from air pollution-related diseases than from all traffic accidents and crime-related deaths combined,” according to the South Coast Air Quality Management District, our region’s air pollution regulator.

But that same agency is falling down on the job. In July 2016, it released a deeply flawed draft of an Air Quality Management Plan, a critical document that sets out how the agency will reduce pollution to finally bring our air quality in line with federal and state standards.

The plan immediately became embroiled in controversy because of its highly unusual choice to focus on “incentives” rather than regulation to address air pollution. Instead of requiring reductions in emissions from oil refineries, ports, warehouses, and other industrial facilities, it would offer financial incentives to encourage businesses and individuals to voluntarily switch to cleaner cars, trucks, and other equipment. These incentives would cost a whopping $15 billion — 20 times more than the air agency’s current budget for similar programs.

When the plan was released, the agency didn’t say how it would be funded, but in the last weeks of December, it finally told us how it plans to raise that money: by increasing our taxes. The plan includes proposals for half a dozen new taxes and fees for ordinary folks living in Los Angeles, Orange, Riverside, and San Bernardino counties, including a property tax, a fuel sales tax, a vehicle license fee, and a retail sales tax (the most regressive of all taxes).

So the air agency is refusing to require oil refineries — some of the largest sources of air pollution in the L.A. basin — to install available, cost-effective, life-saving pollution-control equipment. Rather, it wants all of us — most of whom have no choice but to drive if we want to get around — to pay a new tax on the gas we buy and a new tax on our cars, and perhaps even a new tax on each mile we travel. The oil refineries keep their profits while we pay taxes to clean up their mess!

And of course, all of this falls most heavily on those at the bottom of the economic ladder. Poor people already pay a giant portion of their income for transportation costs and have the least ability to shoulder these new costs. Think about a mom in South Los Angeles or Riverside County who goes to buy shoes for her kid: She would have to pay more for her car, more for gas, and more for the shoes. And that mom has already paid for the inhaler her daughter uses because our worst-in-the-nation air quality causes asthma. And she’s missed a day of work when her daughter’s asthma made her too sick to go to school.

Some people, including the agency itself, say that the South Coast Air Quality Management District cares more about low-income communities than any air agency in the country. Maybe that was true at some point in the past. But now the agency has fallen into a comfortable pattern of standing for justice when it’s relatively easy — like funding events on Martin Luther King Jr. Day — but backing away from hard decisions that would actually protect people’s health and improve their lives.

On Feb. 3, the air agency’s governing board will vote on whether to officially adopt its proposed plan. Even if the board votes yes, that doesn’t mean it’s a done deal. The California State Air Resources Board and the U.S. EPA would need to approve the plan. Then would come the need for and state and local legislators to vote to increase taxes and fees. President Trump’s EPA might be inclined to sign off on a corporate-friendly plan that makes us pay the cost of cleaning up companies’ pollution, but many lawmakers would be loathe to raise taxes and fees, especially the vehicle license fee. (Remember what happened to former Gov. Gray Davis?)

The governing board must stand up to powerful polluting interests and draw up a better plan. It should use its regulatory authority to require emission reductions from refineries, ports, and warehouses. It may be the harder choice, but it’s the right choice, and board members should find the courage to make it.