Last week, U.S. lawmakers approved what Democratic Representative Sean Casten, of Illinois, called the “most significant, most comprehensive, most complete, most serious climate bill that the Congress has ever passed.” The Inflation Reduction Act, or IRA, funnels $369 billion into clean energy initiatives like tax credits, consumer rebates, and research and development. But there is another agenda item that was snuck into the bill at the last minute: a serious chunk of change for western drought resilience.

The funding, which will be doled out over the next four years, is a testament to how dire the situation is out West, Casten told me, and how seriously Democrats in Congress are thinking about solutions to drought. Western senators including Michael Bennet of Colorado, Catherine Cortez Masto of Nevada, and Mark Kelly and Kyrsten Sinema of Arizona were behind the push to get the funding included in the IRA. 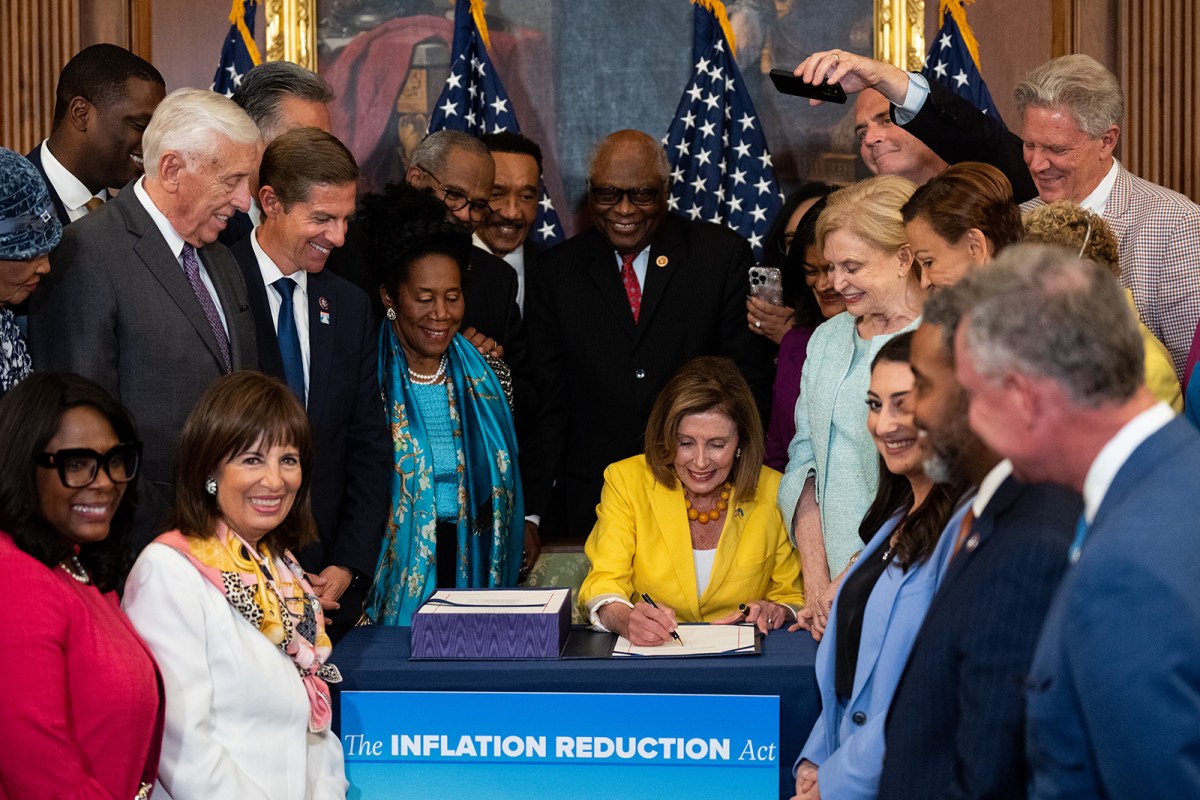 The bill, which passed along party lines, sends $4 billion to the Interior Department’s Bureau of Reclamation for its drought relief programs; dedicates $550 million to national water programs for socially or environmentally disadvantaged communities; and allots another $12.5 million in emergency drought funding to tribes, whose legal rights to water from the Colorado River and other sources have historically been rebuffed and ignored by states and the federal government.

Experts in the West say the new drought resilience funding in the IRA complements funding in the bipartisan infrastructure bill passed by Congress last fall. That bill directed more than $8 billion to domestic water infrastructure programs, which will help western states repair their crumbling water infrastructure, such as pipes and septic systems. It also included another $1.4 billion to repair freshwater ecosystems, protecting the headwaters of critical lakes, streams, and rivers that sustain millions of Americans. But while that bill focused on immediate infrastructure concerns, the IRA will help states think about longer-term solutions to drought, said Jimmy Hague, senior water policy advisor at the Nature Conservancy, such as paying farmers and irrigators to cut down on their water usage. “It is for multi-year reductions in water use and system conservation programs, as well as for some ecosystem restoration efforts to respond to this drought,” Hague said.

Jennifer Pitt, Colorado River program director for the National Audubon Society, told Grist that the IRA is a good start, but a truly long-term approach to water conservation in the West would see Congress sending major funding to Colorado River Basin states every year, not just as a one-off in a major bill. Earlier this year, Bureau of Reclamation, or BOR, Commissioner Camille Calimlim Touton told Colorado Basin states that they will have to reduce their water usage 2 to 4 million acre-feet in the next year, between 15 and 30 percent less water than they currently use.

And today, the BOR will release its 24-month projection for water levels in the Colorado River, which experts told Grist will likely require even more cutbacks for states. Even with the drought-related down payments that lawmakers have passed in recent months, “we’ve got a lot of work to do,” Pitt said.

The science behind the megadrought