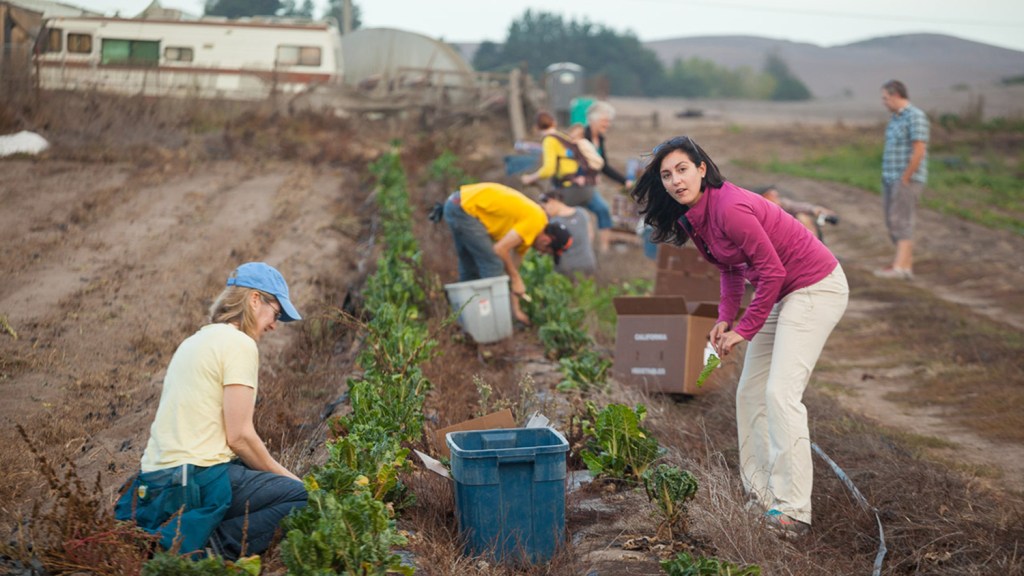 You may have heard that oft-quoted statistic: 40 percent of food produced in the United States goes uneaten. As we were reminded last week, reducing food waste takes more than finishing your plate. But in rich countries like the U.S. — with relatively efficient, if flawed, food distribution systems — households do account for a big portion of that 40 percent.

Food really is too good to waste.

That’s why, in 2010, EPA’s Ashley Zanolli teamed up with state and local governments through the tongue-twisting West Coast Climate and Materials Management Forum (disclosure: I’ve worked with the Forum on things that aren’t food waste) to design a pilot program to help families stop wasting food at home. This project became Food: Too Good to Waste, a waste-reduction toolkit that includes tips for smart shopping, smart storage, and smart eating. Zanolli, who’d initially been brought on to work with businesses to reduce food waste, has now also helped households in 18 communities around the U.S. keep their food and money out of the trash and produced a 25 percent reduction in wasted food among participants.

I sat down with Zanolli to get the scoop on reducing food waste, especially during the (over)bountiful holiday season. The conversation has been edited for length and clarity.

Q. What are your favorite strategies for avoiding food waste at home?

A. Smart shopping. Think about what you have on hand and shop your fridge, first. Think about how much you’re really going to use. And eat what you buy. In my fridge, I have an eat-first side and I designate a shelf with perishables that are about to go bad. If you’re living with housemates, you can share grocery lists and take turns cooking so you’re not stuck eating the same thing all week.

We found that if you prep perishable items right when you get home from the store — like making celery sticks and carrot sticks for snacking, or chopping up some cantaloupe to eat in the morning — you’re more likely to use it.

We have a really simple guide on what’s best kept inside versus outside of the fridge. Now when I bring my herbs home from the store, I put basil in a glass of water, just like I would flowers, and that way it lasts a lot longer. In general, the freezer tends to be highly underutilized.

Q. When did you first realize that food waste was such a big problem?

A. I came into this role at EPA a little over four years ago and I was confronted by some pretty staggering statistics. Food waste is the single largest and least-recovered waste stream in the U.S. From the time our food is produced and all the energy and fertilizer that goes into it, to it going in a truck to a distribution center, to a retailer, to your home, to your plate, to your compost pile, or landfill, that whole life cycle accounts for about 14 percent of our domestic greenhouse gas emissions.

Twenty-five percent of all freshwater in the U.S. goes to grow food that’s ultimately uneaten. And the fact that 50 million Americans don’t know where their next meal’s coming from doesn’t really align with those statistics.

Q. How did the Food: Too Good to Waste campaign originate from these ideas?

A. We chose to focus in on consumer food waste because it’s about 40 to 50 percent of what’s being wasted. And while composting programs are great and I really encourage feeding our soils with those really valuable organic nutrients, there was nothing that had been done around consumer food waste prevention.

Q. Has the movement toward composting food scraps made people more conscious of how much they waste — or led to more waste?

A. We haven’t seen much research that says composting actually leads to food waste prevention. We have seen some behavioral science research that shows that composting can tend to create a single-action bias, which in the world of behavioral science means that you feel really good about doing something, so you’re less likely to take on other behaviors. People tend to feel really good about composting — and they should feel good about it — but food that people could have eaten should feed people.

This aligns directly with EPA’s food recovery hierarchy: The best thing we can do is prevent the waste in the first place, which we refer to as source reduction. Then feed people. Then feed animals. Then look at industrial uses like turning fats, oil, and greases into biofuels, or generating energy from anaerobic digestion and then composting the residuals.

A. People who can afford to throw away food often throw away more of it. And there’s a direct correlation between disposable income and food waste based on the global literature we’ve looked at as well as from our Food: Too Good To Waste projects around the U.S. People don’t really realize the value of the energy and all the resources that goes into their food.

Something else we’ve seen, from the Rhode Island Food Policy Council, was that some of the highest wasters — those with the most disposable income — were more motivated by feeling guilty about wasting food than by any potential cost savings associated with wasting less.

Q. During the holidays, even food-waste fighters like me get sick of gorging on cookies, instead of composting them or throwing them out. How can we limit this sort of food waste — other than through gluttony?

A. Ultimately, we don’t want to be encouraging obesity. With the holidays, one strategy that we try out in our office is doing a cookie swap.

Another tip: With sugar cookies, for example, you can actually throw them in the food processor and make a really quick pie crust.

And you can freeze them. So, maybe you’re really burnt out on those frosted sugar cookies this holiday season but, you know, come February maybe you’re craving some, or you’re having a potluck with some friends and you can make good use of them.

Q. Normally, I love to “shop the fridge first.” But when making holiday meals, how can we avoid rushing out to buy new items that we might only use for one special dish?

A. Anecdotally, and in the various pilot projects we’ve done around the U.S., we have seen that unfamiliar ingredients sometimes go to waste. So having a social media community where you can reach out to and get tips is pretty helpful.

I’m seeing more and more websites where you can plug ingredients in and it will spit out different ways to use those ingredients. I also see lots of ways to repurpose leftovers with different spice mixtures. And there’s a whole host of menu-planning apps and online services as well.

It really comes down to planning. When you’re cooking a holiday dinner, if you have your ingredient list and you know that you’re not going to get through all those herbs, well, if you have a plan for how to use them or how to store them, like chopping them up and putting them in ice-cube trays with olive oil or melted butter, you have a really quick, easy way to jazz up a meal later on in the week.