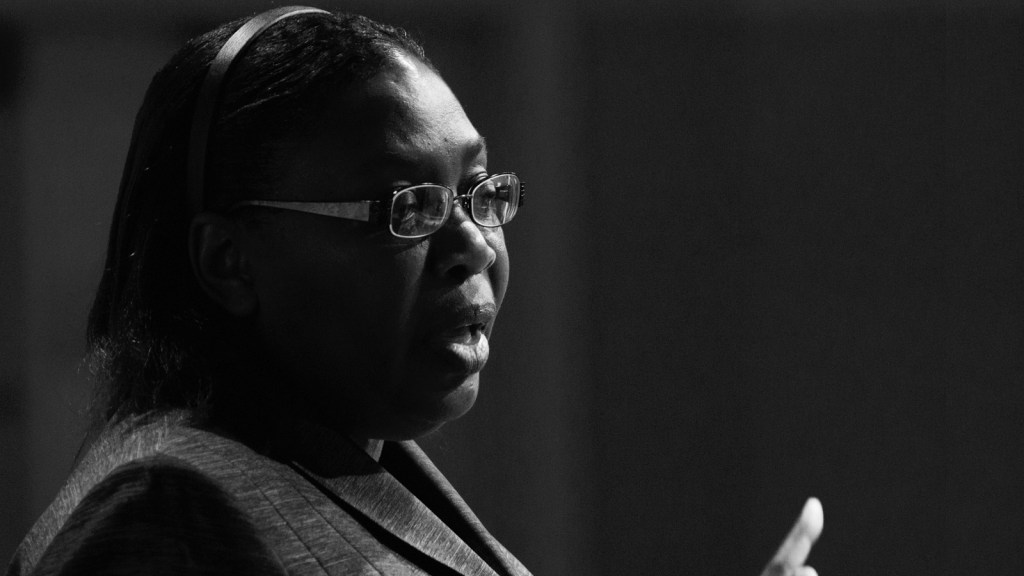 I need to get one thing out the way about “The State of Diversity in Environmental Organizations” report launched yesterday. In my blog, I wrote that the report was compiled by a working group called Green 2.0. Actually, all of the research and writing of the 200-plus page report was done by Dorceta Taylor, professor at the University of Michigan’s School of Natural Resources and Environment. She is also the first African-American woman to earn a PhD from the Yale School of Forestry and Environmental Studies.

Before the diversity report (which was commissioned by Green 2.0), Taylor authored dozens of articles and studies on how to solve the problem of homogeneity among environmental groups, and about environmental inequities across the board. Taylor’s new book, Toxic Communities: Environmental Racism, Industrial Pollution and Residential Mobility, has barely been out two months and has already been called the “standard-bearer” for the field of environmental justice by Fordham Law Professor Sheila R. Foster.

While it took months for Taylor to pull together all of the data and conduct hundreds of interviews with environmental stakeholders to produce the “State of Diversity” report, it took just minutes for people to attack the report’s findings — that green groups and government agencies can and need to do much better in hiring people of color. (To get a sense of the reaction, check out the comments on my first post about the report.)

I’ll have plenty to say on that over the next week or so, but the first word belongs to the researcher. I spoke with Taylor by phone to clear the air on a few misperceptions about not only her study, but also misinformation on the attitudes of people of color in general when it comes to the environment.

Q. As the bibliography of your report indicates, this topic has been examined at length for decades. From all of your research, what would you say is the single obstruction to action on closing the diversity gap?

A. One that is a constant is the disconnect between the leadership at highest levels of these organizations who are saying, ‘Yes we want diversity,’ and what they have actually done. You don’t see their actions matching with their spoken desires. There have been some internships and hires of people of color, but you do not see among these groups the kind of long-term and sustainable planning, or institutional commitment needed to truly diversify.

The other thing is this long-running perception that people of color don’t care about the environment, or don’t have the skills and academic backgrounds for these jobs. If that’s what an employer thinks, then those aren’t the kinds of people you will go out and recruit and hire. Until those perceptions change, the lack of diversity will continue to be a problem.

Q. Where do these perceptions come from?

A. The perception that people of color don’t care about the environment has existed for a long time, and has been debunked for just as long. We can go back to [historian] W.E.B. DuBois, whose 1898 study on Philadelphia looked at the housing and health conditions of African Americans. People have described it as a sociological study, but if you read it, it is an environmental study, if ever there was one. He looked at the environmental conditions of these communities, but he linked them with social inequality and justice issues.

Before that, look at Harriet Tubman. We tend to think of her as someone only successful on the Underground Railroad, but to be that successful she was steeped in environmental and ecological knowledge. She knew the Chesapeake Bay so well that the U.S. military used her at the head of their ships to identify landmines the Confederates had laid in the water and identified them based off what she understood about disturbances in the water.

Slaves depended on ecological knowledge and were extremely effective at it — they used it to survive slavery. So the notion that we don’t care or know about the environment is just a fallacy.

Q. Some employers will say that there aren’t enough people of color in their applicant pools to hire.

A. One way to come back at that is to say, ‘Where do you advertise your jobs?’ Many of them use word-of mouth or insider referrals to recruit and hire. Some look at those already working in their organizations and ask them to refer someone, or they use their own personal networks. If you use those methods, then you are more likely to replicate the results of who already work on your staff.

We need better ways of advertising these jobs. Many of the organizations don’t advertise in minority media or outlets. if you look at our Multicultural Environmental Leadership Develop Institute (MELDI) website, where we have listed all the minority conferences, and profiles of hundreds of minority professionals in the environmental field, with degrees, who are available for employment or can refer others.

Q. I know a lot of environmental nonprofits cater to their donor base. If their donor bases are mostly white, upper-class, and older, would this have any bearing on their hiring practices?

A. It may or may not. No one has collected data on [donor membership influence on hiring outcomes]. Some donors might assume that people of color don’t want to be members of these organizations or can’t afford to. Yes, there are some who can’t afford it, but if you look at the African-American middle class, with our combined wealth, we would be the ninth or 10th largest nation. When you add Asian Americans and Chicanos, there are even more people who can afford these memberships and should be able to dictate or influence hiring practices for these organizations.

Those people just haven’t been recruited and their interests haven’t been catered to. Some people of color might say, “Why should I pay to be a member when my kids can’t get  a job there or join in on the activities of some of these organizations?” It can become a chicken or the egg problem.

Q. What struck me about your report is that it seeks to answer the question that’s asked a lot lately among climate change activists: What will it take for people to act differently, so that we actually see change? What if people — even the people within these environmental groups — just don’t want to change?

A. We’re banking on the fact that reality will start hitting people in the face. A number of things are indicating that we are heading in that direction. First, demographics, which have changed dramatically since the ‘50s and ‘60s. The forward trajectory is such that if your membership and donors are only white and upper-class then that will be such a small part of the demographic reality that you really will have to start expanding your base. As their core bases shrink, they will have to recalibrate and ask, “How do you reach the working immigrant, the LGBTG community, the millennials, and bring them into the fold?”