All Trump-ed out, Chris Christie goes home to block funding for lead-poisoned families 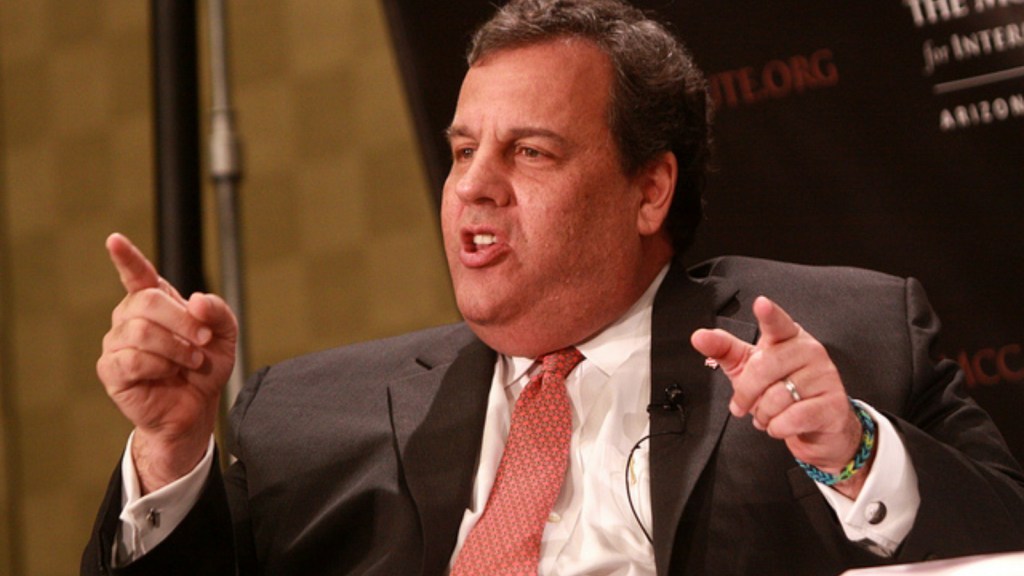 All Trump-ed out, Chris Christie goes home to block funding for lead-poisoned families

Chris Christie’s bad month keeps getting worse: he dropped out of the presidential race after an abysmal finish in New Hampshire, he endorsed Donald Trump to the Republican establishment’s revulsion, and six of his home-state newspapers called on him to resign. You’d think that, at this point, the New Jersey governor’s parade of missteps would be over.

But lo and behold, Christie can’t help himself. This week, he’s back home, spending his time blocking Democratic legislators’ efforts to clean up high levels of lead in New Jersey cities.

On Monday, New Jersey’s legislature reviewed two bills meant to alleviate lead poisoning, which affects children’s development, by funneling $10 million into the state’s Lead Hazard Control Assistance Fund, which would provide financial aid to homeowners who wanted to safely remove lead paint and earmark money to relocate families whose children have high lead levels. The fund has spent $16.5 million since its creation in 2004, based off a  50-cent-per-gallon fee on paint sales. The newly proposed bill would obtain funding through this fee.

Christie has opposed efforts to earmark funding in the state’s budget in the past, vetoing another version of the same bill in January. It was the third year in a row that the bill has failed to make it through. The last time Christie vetoed it, Director of the New Jersey Sierra Club Jeff Tittel said the move was akin to “stealing money that would keep lead out of our homes and protect our children from lead poisoning.”

“First of all this has been an over-dramatized issue,” Christie told reporters last Thursday, according to NJ Spotlight. His reasoning: “You cannot fund everything. So make some choices and I will certainly be willing to consider that along with everything else that comes about.”

Christie’s argument is that New Jersey has seen success with reducing lead poisoning, with the number of children with unsafe levels of lead dropping by 70 percent from 1997 to 2013. He also argues that the state funds existing lead programs — after Superstorm Sandy, New Jersey earmarked $7 million a year for lead abatement, and receives $5 million in federal funding to fix damaged properties yearly. But the bill’s advocates say that more funding is needed. Due to the Centers for Disease Control stricter limit on what level of lead in children’s blood is considered “safe,” the number of children in New Jersey considered to have an unsafe level of lead in their blood jumped from 800 children in 2012 to more than 5,000 in 2013.

Lead poisoning has been a national topic the past few months, after Flint’s 100,000 residents found a high concentration of lead in their water supply. Most lead poisoning comes from contaminated water sources, soil in places where cars relied on lead-based gasoline, and, more rarely, from consuming or inhaling lead-based paint particles. Flint isn’t the only place with a lead problem, either. Across the country, nine counties report that 10 percent or more of their population tested positive for lead poisoning, according to 2014 CDC data. Research by public health advocacy groups show that 11 New Jersey cities and two counties have higher lead levels than those in Flint, Michigan.

Though he’s now stumping for Trump, Christie may have more something in common with another one of his one-time presidential opponents. At the most recent Republican debate last week, Florida Senator Marco Rubio said that Flint’s water crisis a tragedy, yet still defended Michigan Governor Rick Snyder. “The politicizing of it, I think, is unfair, because I don’t think someone woke up one morning and said “let’s figure out how to poison the water system to hurt someone, but accountability is important,” Rubio said.

Political statements and finger pointing from political candidates only distract from solving the Flint water crisis.

But it shouldn’t come as a surprise that Christie is following in-step with other Republican politicians — after all, it’s clear that at this point, he’ll follow anyone into hell.