An attack on the Capitol shattered the myth of public lands 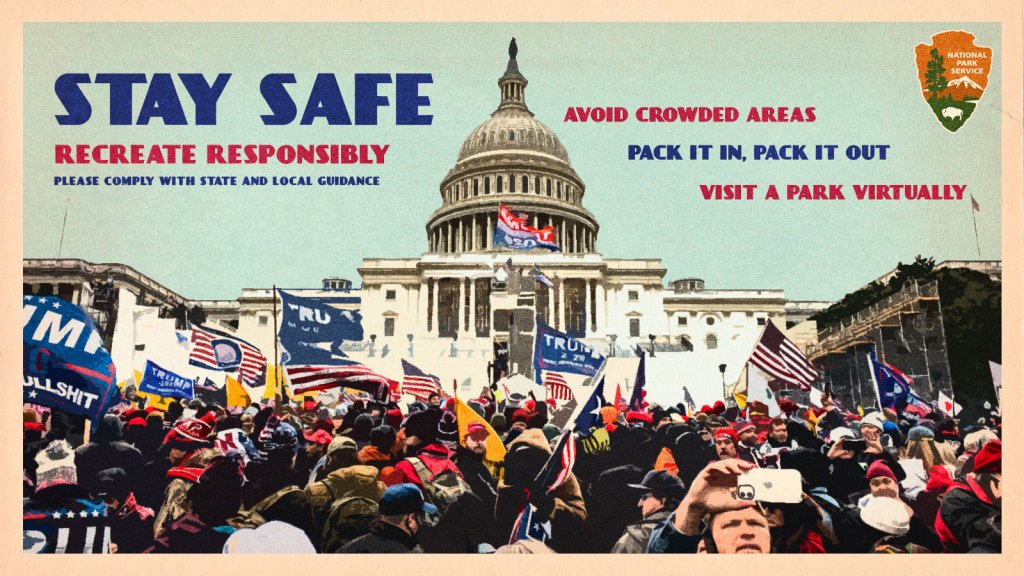 An attack on the Capitol shattered the myth of public lands

A week has passed since the invasion of the Capitol by pro-Trump radicals, but a violation of that scale isn’t very quickly forgotten. As an American, one cannot help but feel a tacit sense of ownership of that building and the monuments that surround it. To see them so disrespected, especially by a seditious horde seeking to overthrow the government, is a sort of personal affront, even for those with a scant ounce of patriotism left. I, for one, thought I had lost most of my reverence for the integrity of the United States, but to see the mundane physical accessories of the legislative process — the podiums and the seats and the flags — shattered and broken throughout the “people’s house” was more viscerally upsetting than I had expected.

The National Mall and Memorial Parks, the federally protected area that abuts the Capitol, does technically belong to all Americans. And though it may seem myopic to hone in on the violation of public lands as a source of indignation for last week’s assault, that particular stretch of grass and brick and concrete is unique among the nation’s national parks; its allure hinges entirely on its proximity to the roots of our republic. There are no majestic rock faces or towering groves of redwoods, no gaping red canyons or rolling blue hills. Herds of buffalo grazing under the Washington Monument would be both unexpected and unwelcome. You do not have to shell out $30-ish for entry.

The National Mall is arguably the most genuinely “democratic” — a term that has lost much of its significance in recent years — of all U.S. public lands. And now much of it is cut off from the public. The day after the attack, Army Secretary Ryan McCarthy announced that a “7-foot non-scalable fence” would be erected around the entirety of the U.S. Capitol, to remain in place for at least through Inauguration Day. As of Monday, in direct response to the violence last week, the National Park Service has closed the Washington Monument and placed restrictions on other parts of the Mall.

Wednesday’s grotesque demonstration proved that “public” lands, as they exist in 2021, have become as meaningless as the word “patriotism” itself. Like other celebrated landscapes, the National Mall is ostensibly for every American to enjoy. Yet last summer, on the very same public land, peaceful Black Lives Matter protesters with no intention to violate were met with the full force of the National Guard. Contrast that with last Wednesday, when rioters emerging from the Capitol were met with only a handful of arrests and declaration of love (!) from the commander-in-chief. Ivanka Trump actually had the gall to call these people “patriots” in a quickly deleted tweet, hammering in the proverbial last nail for the significance of that term. Was this humiliating insurgence a show of any kind of love or respect or even barely minimal consideration for the other people with whom those rioters share the country?

It’s common knowledge that American public lands, including national parks, are not equally welcoming to all Americans. People of color make up about 23 percent of all visitors, despite the fact that 42 percent of the national population is non-white; about a quarter of non-white national park visitors reported feeling unsafe or unwelcome in some way. “Outdoors for all” advocates say part of the problem is also financial: Steeper admission prices and the high cost of hiking gear rules out participation for those with less means.

While a peaceful forest jaunt seems a world away from an attack on the Capitol, the same disparities of entitlement apply. While millions of Black and brown people don’t feel secure enough to go for a walk in nature for fear of harassment or worse, an armed mob of white people felt perfectly entitled enough to literally shit on America’s front lawn while attempting to break its very mechanism of government.

David Foster Wallace has a line in his famous speech, “This Is Water:” “The patriotic or religious bumper-stickers always seem to be on the biggest, most disgustingly selfish vehicles, driven by the ugliest, most inconsiderate and aggressive drivers.” Last week’s coup-like attempt was the result of an undeniably selfish president’s actions, and it gave new meaning to the words ugly and inconsiderate and aggressive.

If there were any sort of respect for the ostensibly communal nature of public lands, no one would feel entitled to their destruction, nor barred from their enjoyment. Last week’s national embarrassment demonstrated that that truth is far from self-evident.