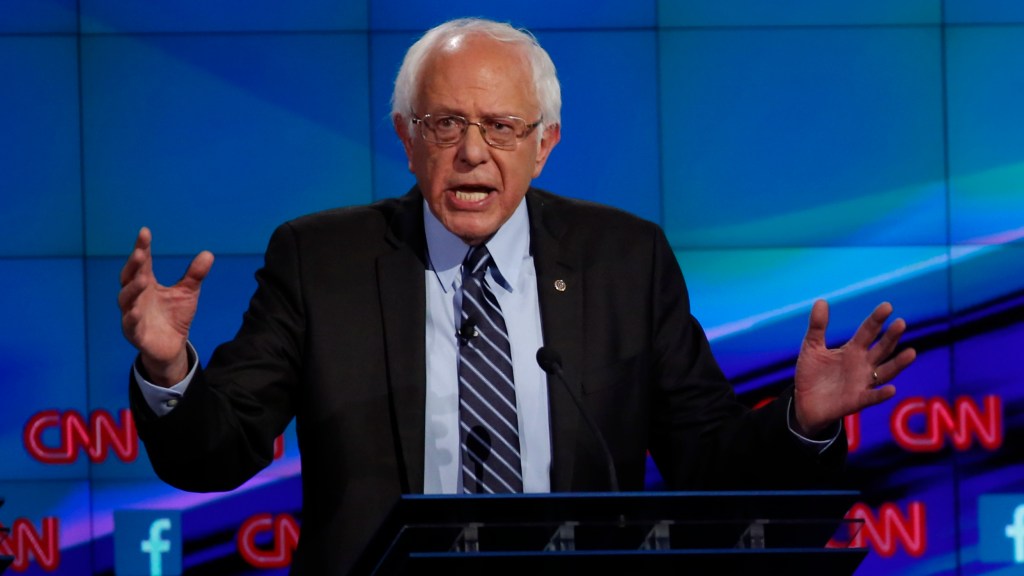 The first Democratic debate on Tuesday was mostly a measured, substantial discussion — at least compared to the Republican debates, which are more like episodes of The Real Housewives. Although dry and wonky compared to the GOP, there were a few moments of levity, such as when Martin O’Malley referred to Donald Trump as “the carnival barker of the Republican Party.” But the most significant moment for climate warriors came when Bernie Sanders was asked what the greatest national security threat was. Climate change, Sen. Sanders said with all the indignation of an old lefty at an anti-war rally. The crowd cheered.

“The scientific community is telling us that if we do not address the global crisis of climate change, transform our energy system away from fossil fuel to sustainable energy, the planet that we’re going to be leaving our kids and our grandchildren may well not be habitable,” Sanders said. “That is a major crisis.” He later said climate change is a “moral issue.”

Climate change and fossil fuels got other mentions throughout the debate. “Climate change makes cascading threats even worse,” said former Maryland Gov. Martin O’Malley when referring to the greatest threats to national security. He repeatedly pointed to his call for 100 percent clean energy by 2050.

So, who won? Well, we had a political debate where five candidates said mostly sane things. No one blamed tough questions on the moderator’s period or said that vaccines cause autism. At one point, Bernie Sanders even came to Sen. Clinton’s defense and said what we were all thinking: “the American people are sick and tired of hearing about your damn emails.” I’d say we all won.