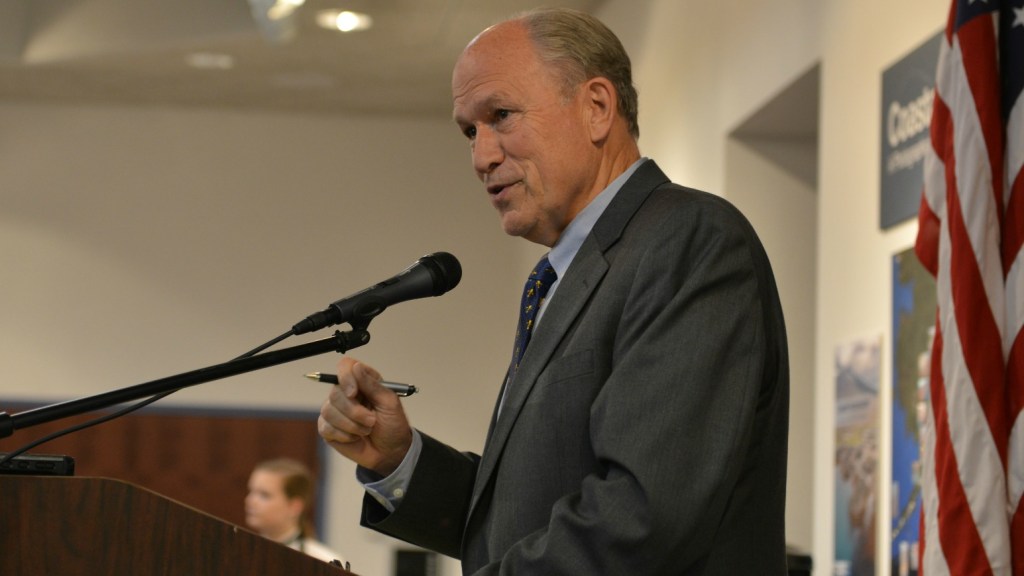 Yep. In an interview with the BBC’s Matt McGrath, Alaska Gov. Bill Walker just made perhaps the most remarkable statement I’ve ever encountered.

“We are in a significant fiscal challenge. We have villages that are washing away because of the change in the climate,” Walker said. Relocating these villages is proving to be “very expensive,” he continued.

The response on Twitter was immediate and harsh, especially from climate activists:

I seriously don't even know where to begin. No words. "Alaska mulls extra #oil drilling to cope with #climate change" http://t.co/RJAygGl26e

By golly he's got it: Alaska Governor's plan to pay for climate change? Drill for more oilhttp://t.co/ZTg36tmxJT pic.twitter.com/4uPdaBSUY3

Unfortunately, this is the situation we find ourselves in as America trends toward petrostate politics. As the Hill notes, Alaska has no sales or income tax and derives a significant portion of its revenue from fossil fuel production on public lands. In a very real way, the recent dip in oil prices has hit the state hard — just as climate change impacts have begun to intensify. In one particularly stark example, although this year’s wildfire season was a record-breaker, the state had fewer resources with which to attack the blazes due in part to budget cuts linked to lower oil prices.

The situation has grown still worse in Alaska in recent weeks: In late September, Royal Dutch Shell suddenly announced it was abandoning plans to drill offshore of Alaska’s northwest coast after it failed to locate oil in any meaningful quantities during its controversial exploration this summer. As McGrath notes, that oil may have given a boost to the flagging Trans Alaskan Pipeline, now just one-quarter full due to flagging production on Alaska’s North Slope. Without oil as a reliable income source, Alaska’s politicians have begun a tough look inward to re-envision their state’s future. Apparently, that reality check hasn’t yet reached the governor’s office.

Alaska is America’s front line on climate change. What’s happening there is, in many ways, a preview of what the rest of us are in for should the world continue on something resembling the worst-case scenario path. Let’s hope when that time comes, politicians in the Lower 48 won’t be quite so shortsighted.