"Biking while black" is a thing, too 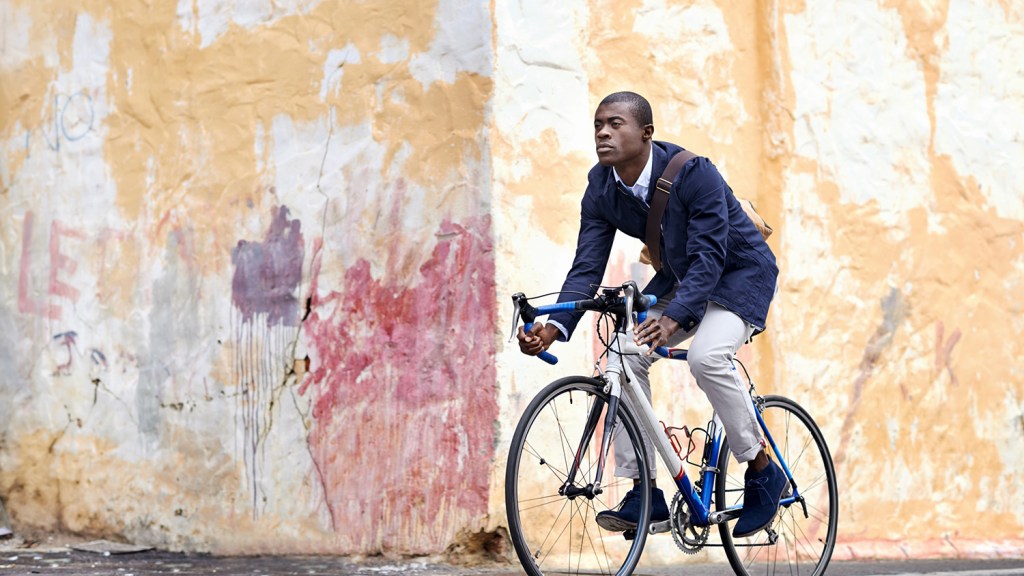 “Biking while black” is a thing, too

I stopped driving for many reasons, and this is one of them: Not being in a car meant that I spent a lot less time getting pulled over by cops. In the years during and after college, I was working at least two jobs at any given moment to support myself and pay off my student loans, and I in no way had any time to talk about how fast I thought I was going, where I was going, whether I was a drug smuggler, whether I liked to do drugs, and how me and my smart mouth would like it if I just got taken into the station then and there.

I’m not sure why I got pulled over so often. I’m sure being young and female didn’t hurt, and neither did the fact that I was out and driving at odd, second-shift hours. But after I started biking, for the most part, it was as if I had slipped into an alternate reality and become invisible to cops in this one. Instead of worrying about getting an unexpected $200 traffic ticket, I just had to try to not get my bike stolen. As swaps went, it felt like a fair one.

Recent news from Ft. Lauderdale, Fla., shows, however, that not every cyclist gets access to the same alternate reality — and that bikes might make certain of them more subject to police attention, rather than less.

In 2003, Fort Lauderdale began requiring residents to register their bicycles with the city, aiming to make stolen bicycles harder to sell and easier to recover. City commissioners say that the policy resulted in a bike theft decrease, though a lot of people didn’t bother or didn’t know to register their bikes, and the stolen bike trade around the Broward Central Bus Terminal continued at a brisk pace.

But the bike registry program did have one noteworthy effect: It gave Ft. Lauderdale police the perfect excuse to start pulling over cyclists the same way that they did drivers — to check their registration. If the bike was unregistered, they could ticket the cyclist and impound the bike.

And lo, this came to pass — but only in certain neighborhoods. When the Broward Palm Beach New Times crunched numbers compiled by the Public Defender’s Office in October 2013, the paper found that the vast majority of tickets handed out by police over the past three years had been given to African Americans. The stories behind those tickets were alarming; in one case, police pulled over a woman leaving a party late at night, wrote her a ticket, took her bike, and left her to find her own way home through a dangerous neighborhood.

Almost none of the tickets were handed out in predominantly white neighborhoods, despite the fact that the majority of Fort Lauderdale residents who had actually gone to the effort of registering their bikes were black.

Fort Lauderdale Police had issued 106 citations in 2010; 212 in 2011; 114 in 2012; and 28 from January until May 2013. Over that period, 86 percent of the citations were given to African Americans. Almost none of the tickets were handed out east of Federal Highway, the more predominantly white or tourist-heavy slices of the city, even though of all bikes registered, only 37 percent were registered to whites and 63 percent to blacks, suggesting whites were far less likely to obey the bike registration law. (Census data show Fort Lauderdale is 62.6 percent white and 31 percent black.)

This year, the New Times ran the percentages again. The number of overall citations was down — between December 2013 and September 2014, police issued only 45 tickets for unregistered bikes. But 42 of those 45 ticketed were black — and again, nearly all of the tickets were issued in predominantly black neighborhoods, which means that police weren’t even bothering to look for stolen bikes elsewhere.

At this point, it’s hard to find anyone who isn’t familiar with the phrase “driving while black.” Now it’s clear that “biking while black” is a thing too — and quite possibly has been for a long time. Fort Lauderdale has simply made it visible, because the policy of issuing, checking, and ticketing around bike licenses creates a data set that didn’t exist before and can now be checked from year to year.

This summer, for example, less than a week after the death of Michael Brown in Ferguson, Mo., Dante Parker, a newspaper pressman in Victorville, Calif., died after a group of police officers saw him riding by on his bike, tackled him, and tased him multiple times. Parker’s family said that he had recently taken to bike riding to improve his health. The police who killed Parker said that he looked like he might have been involved in a neighborhood burglary.

Until I read the New Times series, I thought that having a bicycle licensing system was a pretty great idea. Definitely, among my circle of friends, the most common crime that we encounter is bicycle theft. Fort Lauderdale’s bicycle registry program seems to have been drawn up by bike advocates, rather than people actively out to oppress anyone’s civil liberties. But when we’re fighting for bike policy, it’s important to think about how things will be implemented in the real world. For now, Fort Lauderdale is a cautionary tale of a good idea gone wrong.