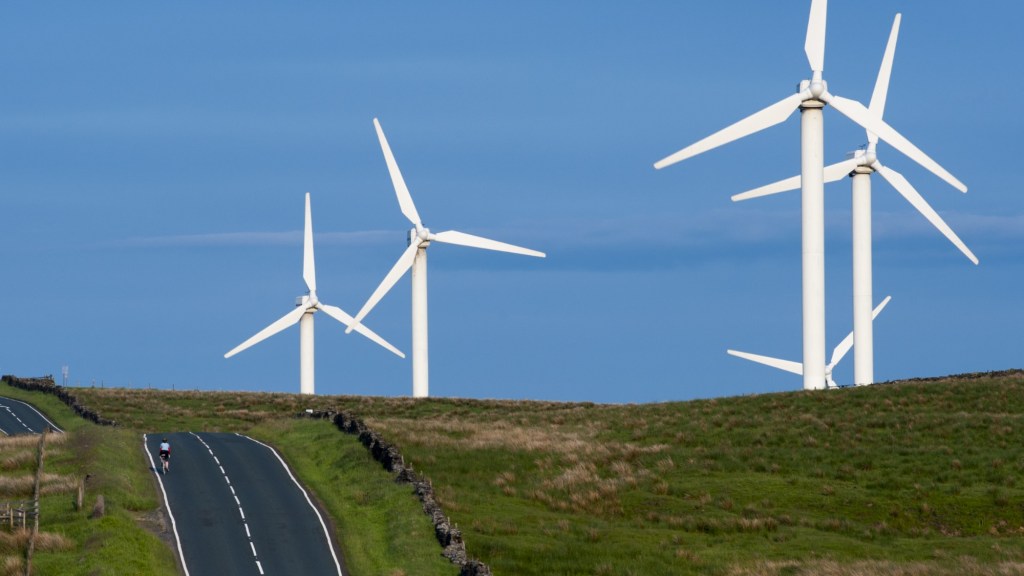 Britain’s conservative government is preparing to make an unusual pledge — a crackdown on clean energy.

Prime Minster David Cameron, leader of the bluntly named Conservative Party (aka the Tories), is overseeing the drafting of a “manifesto” ahead of next year’s national election. That manifesto might come dressed up in a stifling windbreaker. The Guardian explains:

The Guardian understands that Cameron has brokered a compromise between warring Tories by agreeing to include measures in the manifesto for next year’s general election that will in effect rule out the building of onshore windfarms from 2020. …

The Tories will be working out the details of the pledge, which could involve an absolute cap on the output from onshore turbines. Lesser measures, which would all come into force in 2020, would involve lower subsidies or introducing tighter planning restrictions.

The senior Conservative said it was important to act because onshore windfarms had become so unpopular.

But Cameron’s party understands that renewable energy in general is popular in the country, so the manifesto might offset the anti-onshore wind pledge with strong commitments to solar power and offshore wind farms.

“We are not going to allow the [opposition] to characterize us as anti-clean-energy just because we want to control the number of onshore windfarms,” one party source told the newspaper. “We are mindful that uncontrolled expansion of onshore wind is alienating people from the whole clean energy debate.”