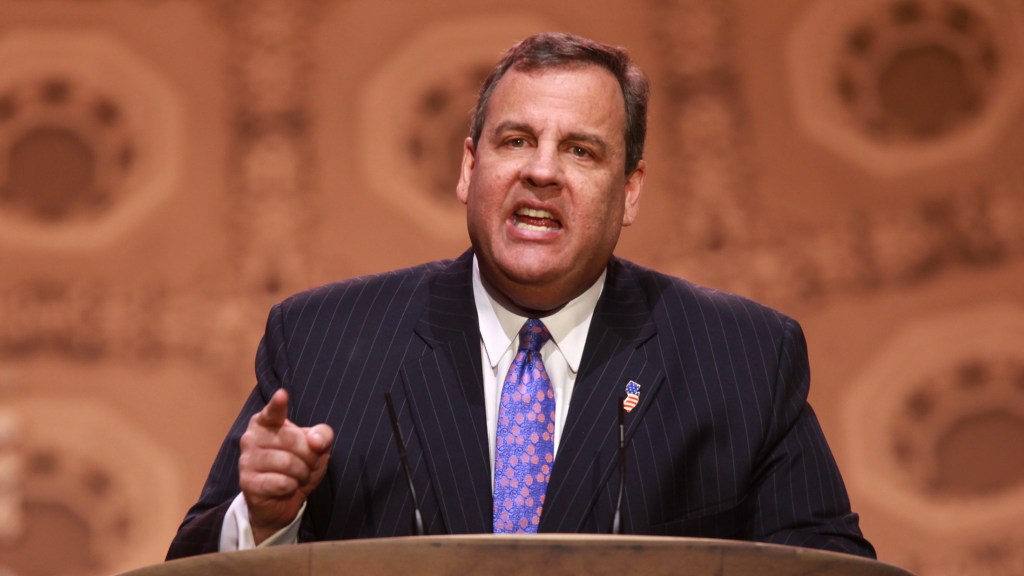 In January, on the heels of the embarrassing revelation that New Jersey Gov. Chris Christie’s (R) staffers created a traffic jam on the George Washington Bridge to punish an obscure political rival, Christie and his allies were handed a defeat. The New Jersey Pinelands Commission rejected a proposed 22-mile natural-gas pipeline that would go through a national reserve of forests and wetlands. Though Christie went so far as to bully a commissioner who was skeptical of the pipeline into recusing himself from the decision, that wasn’t enough to secure approval.

But now the pipeline is back. The state’s leading power brokers want the commission to reconsider and are pressuring commissioners to change their votes, working both behind the scenes and through public statements and symbolic votes in county and town legislative bodies. The Philadelphia Inquirer recently reported, “A growing number of elected officials from Gov. Christie to lawmakers including Senate President Stephen Sweeney (D., Gloucester) have joined county freeholders and township officials in support of the project. They are considering ways of returning the issue to the Pinelands Commission, possibly as a ‘compelling public need’ for energy security and scores of jobs.”

The promise of merely “scores” of jobs in a state with 8.9 million residents is a clue that job creation is not the real issue. One of Christie’s top cronies is involved in the proposal. The law firm of David Samson, whom Christie appointed as chair of the Port Authority, represents Rockland Capital, owners of the power plant that the Pinelands pipeline would supply with natural gas. As Wayne Barrett noted in the New York Daily News, “Christie … was so eager to help Rockland that his [Department of Environmental Protection] and Board of Public Utilities (BPU) decided to support the pipeline, paid for by rate increases, despite that the fact that … it would run underground through 15 miles of the million-acre Pinelands, the country’s first natural preserve and a United Nations Biosphere Reserve.” (Samson resigned from the Port Authority last month after the Bridgegate debacle and media reports that he is under federal investigation for lobbying for companies with business before the Port Authority.)

The B.L. England power plant, which would be served by the pipeline, currently burns coal. Christie’s Democratic predecessors had forced it to sign agreements to reduce its pollution or switch to natural gas. The Christie administration gave it a reprieve until 2015.  Switching from coal to gas could be beneficial to the climate — when burned, gas emits roughly half the CO2 that coal does (though that’s not so impressive compared to wind or solar). But in practice, natural gas drilling operations and pipelines often leak methane, a far more potent greenhouse gas, which can neutralize any climate benefit. And beyond climate change, the pipeline would pose obvious threats to the local environment.

Environmental critics say the proposal has such strong backing because the beneficiaries, such as Samson, are politically connected. “It’s not the jobs, it’s the power,” says Jeff Tittel, director of the New Jersey Sierra Club. Tittel also speculates that Christie, seeking support from anti-environment conservatives in the Republican presidential primary, is trying to bolster his pro–fossil fuel bona fides. “The governor had been pro-wind until he went national,” says Tittel. “This [project] is in the middle of an area that was set aside for big wind farms. Cheap gas power will kill offshore wind.” The Christie administration did not respond to a request for comment.

Environmentalists and neighbors would like to see the B.L. England plant shut down. Ironically, climate change, caused by the burning of fossil fuels, makes its shoreline location especially precarious. “The power plant is in an area that floods with storm surges,” notes Tittel.

And the plant is a blight on the shore. “It’s a big ugly smokestack in a scenic area, Ocean City, which is a tourist hub,” Tittel says. If you decommissioned the plant, Tittel argues, you could create more jobs with development of condos, hotels, and restaurants in the area. (Although any development in a future flood plain could be risky, power plants are especially vulnerable to a storm surge, as all of Lower Manhattan learned when it lost power for days after a transformer station on the East River got hit during Superstorm Sandy.)

Unfortunately, New Jersey politicians are notorious for making these types of decisions on the basis of cronyism rather than empiricism. Christie’s latest heavy-handed tactic was to veto 5 percent raises for the Pinelands Commission staffers.