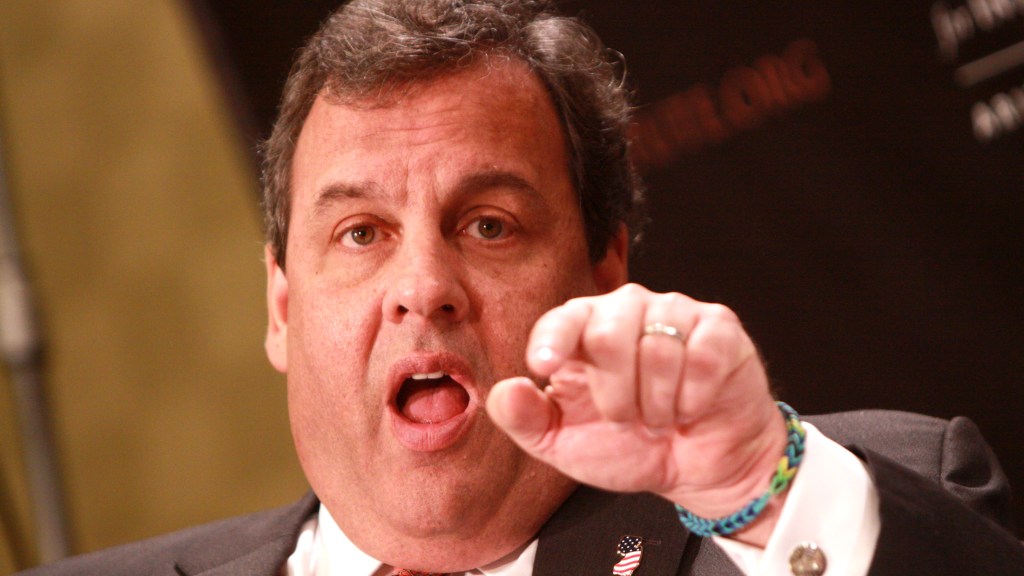 After his resounding reelection victory in November, New Jersey Gov. Chris Christie was riding high, being talked about as the Republican Party’s strongest potential presidential nominee in 2016. But his image was tarnished last week, as revelations emerged of his administration punishing New Jersey commuters by closing access lanes to the George Washington Bridge because of some perceived political slight by the mayor of neighboring Fort Lee. This is not unusual behavior on Christie’s part: In December, The New York Times catalogued a long list of instances in which Christie deployed or withheld state resources to extract political retribution.

It seems that Christie’s strong-arm tactics have backfired once again. As Grist’s Sarah Laskow noted, the New Jersey Pinelands Commission voted on Friday to reject a proposed 22-mile natural-gas pipeline that would have traveled through the national reserve of forests and wetlands.

That result was hardly inevitable. Christie supported the pipeline proposal, which would have brought natural gas to a power plant in Beesley’s Point, N.J. (Some opponents argued that the gas would actually end up being sold abroad instead of used to generate energy in New Jersey, an allegation denied by the South Jersey Gas Company, which wanted to build the pipeline.)

Christie, as is his wont, put the arm on the commission. Local Republican officials and energy industry lobbyists also called commission members on behalf of the proposal, according to New Jersey environmental activists. And Christie tried to stack the deck by forcing one pipeline skeptic on the commission to recuse himself. As the Times explained last week:

On the commission itself, Edward Lloyd, an environmental law professor at Columbia University, loomed as a formidable roadblock. Mr. Lloyd, 65, had not taken a position but he had asked tough penetrating questions.

On Dec. 6, a deputy attorney general called Mr. Lloyd. We have a letter, the deputy told him, from the nonprofit Eastern Environmental Law Center asking the Pinelands Commission to hold another public meeting on this proposal. You are president of this center’s board of directors, and we think this is a conflict of interest.

Mr. Lloyd noted that he had not heard of this letter and that a public meeting request should not represent a conflict of interest. (The law center has withdrawn the letter.)

The deputy attorney general told Mr. Lloyd that he could appeal to the Pinelands Commission’s ethics lawyer. Mr. Lloyd was working on that appeal when his phone rang. It was the ethics officer.

“She said, ‘Don’t shoot the messenger, but on orders of the governor’s office, I went to the State Ethics Commission and they have ordered you to recuse yourself.’ ”

Mr. Lloyd was taken aback. “I thought to myself, ‘The governor’s office?’ That’s remarkable.”

Mr. Lloyd could refuse to recuse himself. But he could face fines of thousands of dollars. “That’s a lot of money if I guess wrong,” he noted.

Lloyd did end up recusing himself. But when the commissioners voted on Friday, they tied 7-7. For the commission to take any action, such as approving a pipeline, it needs eight votes in favor, regardless of how many commissioners are present. Since Lloyd’s recusal or opposition would have had the same effect, it’s not clear why the Christie administration was so determined to prevent him from voting. It may have been to keep a well-respected and articulate opponent out of the deliberations.

But other commissioners may have been offended by the bullying of their colleague. “If anything, this worked in our favor because to have such a distorted process showed the commissioners this wasn’t a good thing,” says Jaclyn Rhoads, assistant executive director of the Pinelands Preservation Alliance. “People were very upset, the commissioners as well as the public, to have somebody recuse himself when there was no economic connection [between Lloyd and the project] or justification for this kind of recusal.”

It also didn’t help the pipeline that the GW Bridge story broke two days before the commission’s vote. The scandal may have weakened Christie’s leverage, or possibly encouraged commissioners to defy him.

“Bridgegate helped us in that it solidified people from getting their arm twisted by the governor,” says Jeff Tittel, director of the New Jersey Sierra Club. “These commissioners withstood the Christie administration’s bullying strong-arm tactics. They did the right thing under a lot of pressure.”