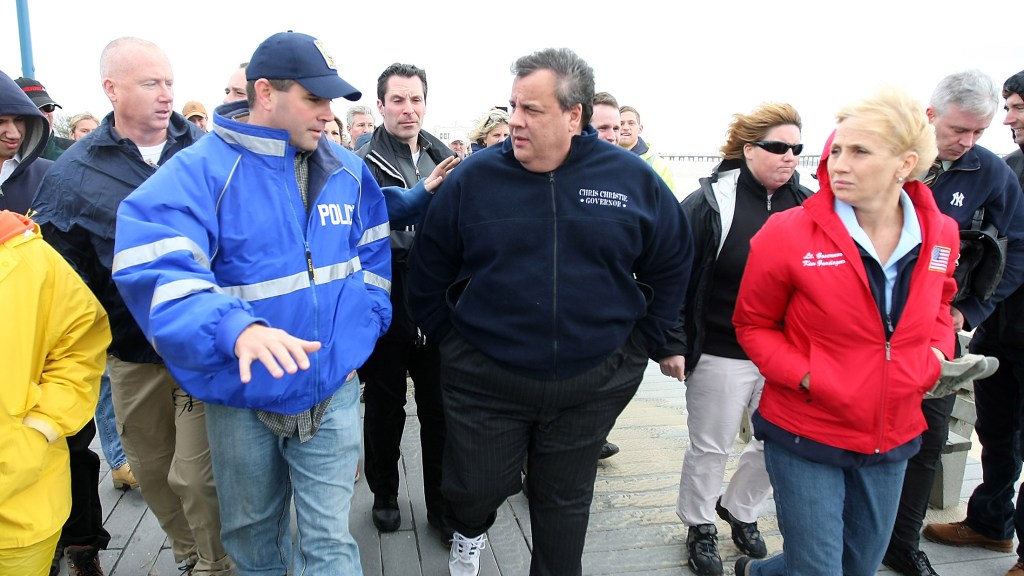 Lest you doubt that people of color get special treatment when it comes to climate-induced disasters, I bring you this recent story from The Root:

Data obtained by the Fair Share Housing Center show that [New Jersey Governor Chris] Christie administration has rejected African Americans seeking major post-Sandy rebuilding support at more than twice the rate of white applicants, and Latinos at 50 percent higher rates than whites. Adding insult to injury, the administration reportedly posted inaccurate information on the Spanish-language version of the state’s Sandy website and has no public plan for making whole the people who were harmed by the misinformation.

It’s not a good look for the guy who until recently was the Republican Party’s best hope for a solid presidential contender come 2016.

Remember Gov. Christie taking that walk with President Obama during Sandy’s aftermath, lifting the spirits of the thousands of people who had been affected? That scene may have played a role in the 51 percent of Latino votes Christie got in his re-election last year. But after getting cold-shouldered by the Christie administration for rebuilding funds, people of color may be reluctant to show him that kind of support in the future.

Latinos impacted by Sandy consistently have felt left out by the Christie Administration, explained Frank Argote-Freyre, President of the Latino Action Network. The process began with the Christie Administration underfunding renters impacted by Sandy, who are three times as likely to be Latino as homeowners. Notably, the administration provided misinformation on the Spanish version of the http://www.renewjerseystronger.org website, failing to inform many Latinos of options to appeal rejections and other key information.

“Given the misinformation presented to the Spanish-reading community by the Governor’s relief website, I think Governor Christie should explain what he intends to do to help those who were unfairly rejected or who missed deadlines due to the administration’s neglect,” Argote-Freyre stated. “We hope that these data, supplied by the Christie Administration itself, will help to shed light on why these programs are not working.”

Sadly, the embattled governor seems to be showing that he’s not much different than the rest of his party, which remains out of touch with people of color. One of the best ways for them to get in touch — other than stop with these ridiculous discriminatory practices — is to wisen up about climate change.  But as I wrote earlier today, Republicans are bound by their own blindness to science and race. Not to mention, Christie seems more adept at blocking bridges these days than building them. No wonder so many Latinos want Obama to take on climate change alone.