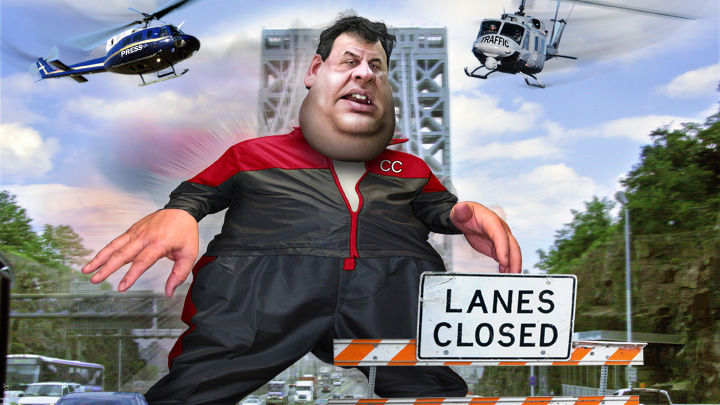 As you’ve no doubt heard by now, New Jersey Gov. Chris Christie’s (R) administration shut down two access lanes to the George Washington Bridge toward New York City in September, causing local traffic in adjacent Fort Lee, N.J., to back up for hours. The media has focused, understandably, on the irritation, inconvenience, and even danger caused by the traffic snarls. Kids were late to school, adults were late to work, emergency responders couldn’t get through the traffic, and one woman waiting for them died.

The trade publication Environmental Leader explains, “Maintaining a constant speed against wind-resistance burns more or less a constant amount [of gasoline]. It’s when you find yourself in a sea of orange traffic cones — stuck in what looks more like a parking lot than a highway — that your car really starts eating up gas. The constant acceleration and braking of stop-and-go traffic burns more gas, and therefore pumps more pollutants into the air.”

Local environmental activists are criticizing Christie for the environmental impact of the GW Bridge lane closings. “You have to understand when you jam up the streets, the amount of pollution it creates,” says Jeff Tittel, director of the New Jersey Sierra Club. “You create six-hour traffic delays for four days, that creates a lot of air pollution.”

Some commentators have joked about how this scandal is so damaging to Christie because New Jerseyans are especially focused on traffic or prone to road-rage. Maybe so, but they’re right to be mad.