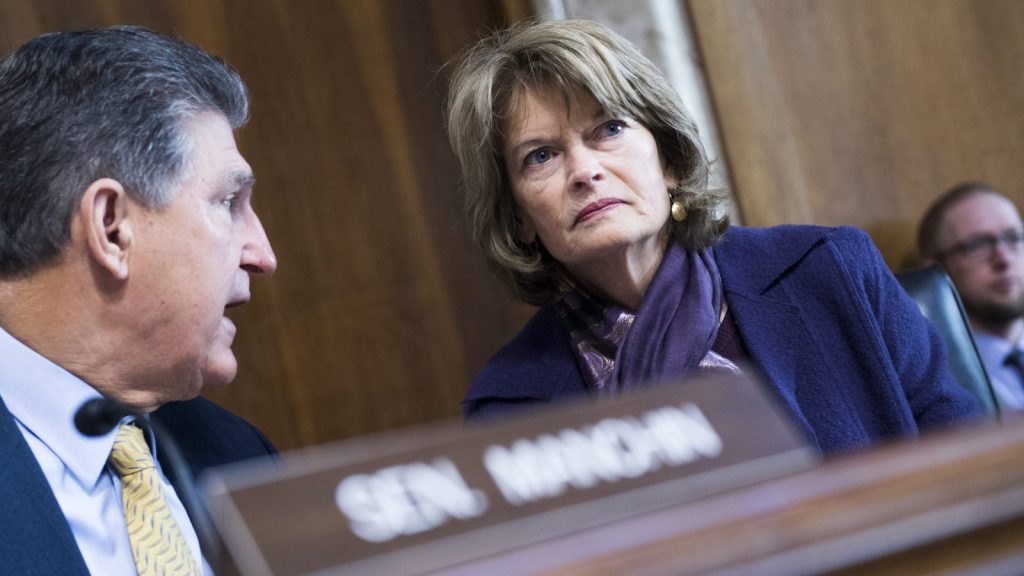 On Thursday, Senators Lisa Murkowski, a Republican from Alaska and the chair of the Senate’s energy committee, and Joe Manchin, a Democrat from West Virginia, unveiled the American Energy Innovation Act of 2020. If passed, the bill would be the first comprehensive update to U.S. energy policy in 12 years.

In a statement, Murkowski called the package, which combines bits and pieces of 50 energy-related measures cleared by the energy committee in 2019, America’s “best chance to modernize our nation’s energy policies.” She said she hopes Senate Democrats and Republicans will work together to pass the act, which “will help keep energy affordable even as it becomes cleaner and cleaner.”

That’s the foundational principle of this package, which is expected to be introduced in the Senate early next week. It basically ensures that states like Alaska and West Virginia can keep drilling and fracking while the nation also develops renewables like wind and solar and invests in advanced nuclear energy. In short, it’s an all-of-the-above energy strategy. It’s the kind of approach President Obama took in his years in office — one that has been disavowed in recent months by some presidential candidates.

Senate energy committee aides expect the bill to garner wide support in the Senate, and if the same happens in the House, it means Congress could actually pass bipartisan energy legislation in the year of our Lord 2020. But it certainly isn’t a substitute for a climate bill. Committee staff told reporters that while the committee considers the bill important for the climate, it isn’t claiming it’s “in any way sufficient.” Instead, it’s a “down payment” on tackling the crisis.

There are certainly some climate-friendly elements in the bill. It would require Secretary of Energy Dan Brouillette, a Trump appointee, to establish a pilot program aimed at awarding grants to nonprofits for using energy-efficient materials in buildings like museums and historical centers. It extends current energy-efficiency targets for federal buildings through 2028 and adds in water-efficiency targets through 2030. It would help “weatherize” renewable energy technologies to help them withstand storms. It authorizes the secretary of energy to create a wind and solar technology program to address “near-term, mid-term, and long-term challenges” in development through the fiscal budget year 2025. The list goes on.

Leah Stokes, assistant professor of political science at the University of California, Santa Barbara, says there’s a lot that’s laudable about the bill. “It’s really good that, even though the Republicans are the majority in the Senate, that there’s some willingness on the part of Senator Murkowski to do something” about climate, she said. The emphasis on energy efficiency is good, she said, if ultimately too narrow. Stokes said she’d like to see homes and commercial buildings included in the bill’s efficiency directives, not just schools, nonprofits, and federal buildings.

The biggest head-scratcher, she said, are the portions of the bill that focus on expanding oil and gas production. For instance, the bill would speed up the approval process for small-scale natural gas exports, even though recent research says the production of natural gas, once seen as a fuel that could bridge the gap between oil and coal and wind and solar, emits massive amounts of methane, a powerful greenhouse gas. The bill requires Brouillette to study the possibility of building out new oil and gas facilities in Appalachia. It also includes provisions for research and innovation in carbon capture and storage technology for emissions from power plants and other industrial sources of carbon. Those provisions would, according to the bill, “improve the efficiency, effectiveness, costs, and environmental performance of coal and natural gas use.”

So, instead of banning fracking and other fossil-fuel related activities, the bill encourages those things while simultaneously boosting carbon capture, an unscalable (for the time being) technology the GOP has started to champion as a key part of its belated response to rising temperatures.

“I thought that was very odd,” Stokes said. “I don’t know why we need coal and natural gas technology programs at this point in time.” She said that a better bill would focus those carbon-removal technologies on capturing historical emissions directly from the atmosphere rather than capturing emissions from new fossil fuel developments. “I think that there’s a bit of a mismatch there,” she said.

Her general impression of the bill? “Not at the scale of what’s necessary by any means, but it’s better than nothing.” Stay tuned next week, when the bill moves to the Senate floor.