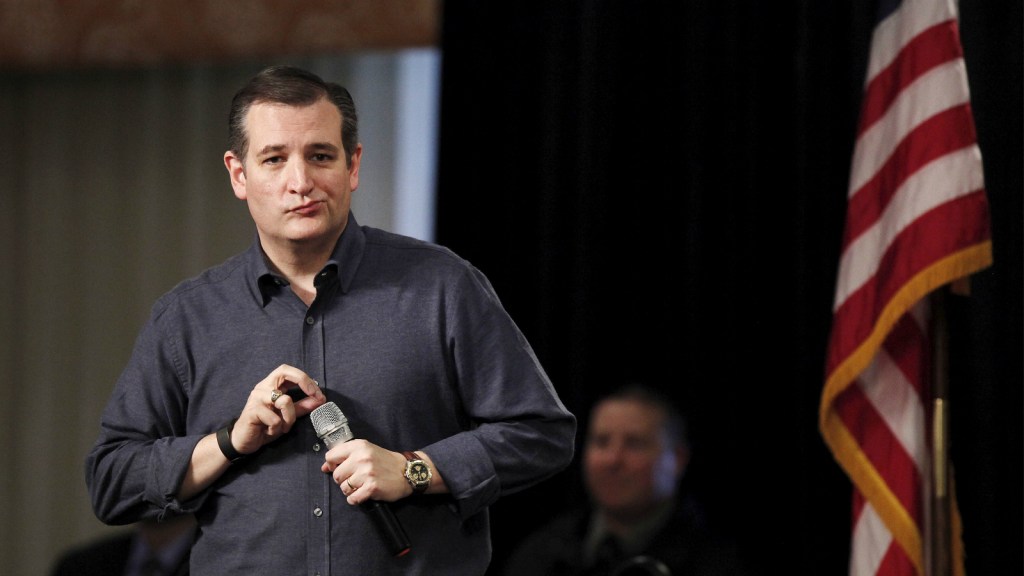 Just a few weeks after Ted Cruz tucked his three-pronged tail between his legs and headed back to D.C., the Texas senator and one-time presidential hopeful has gone right back to advocating for his real constituents in Congress: Big Oil.

The Guardian reports that Cruz, along with four other senators, has demanded that the Department of Justice cease any investigation into whether oil companies lied to the public about climate change. Exxon, which wasn’t specifically mentioned in the senators’ letter, is at the heart of a probe by the DOJ and over a dozen states looking into the company’s attempts to cover up evidence linking fossil fuels and climate change.

“We write today to demand that the Department of Justice (DoJ) immediately cease its ongoing use of law enforcement resources to stifle private debate on one of the most controversial public issues of our time,” wrote Cruz and his compatriots, who apparently need a refresher on the word “controversial.” The only thing controversial about climate change — an issue that 97 percent of scientists agree on — is why Ted Cruz and his pals refuse to accept it.

Cruz, who received more donations from fossil fuel companies than any other presidential hopeful, has a history of advocating for the industry in Congress. At a Senate hearing earlier this year, Cruz called on a bevy of climate change deniers to testify that it isn’t happening, including a retired doctor who thinks the planet could use a little more carbon dioxide, a scientist convicted of corruption, and a Canadian singer who recorded an album about cats, as the Guardian noted.

Welcome back, Ted! We wish we could say we missed you.