“Rattled” by Trump, G7 nations eager to move up timeline for the Paris climate deal 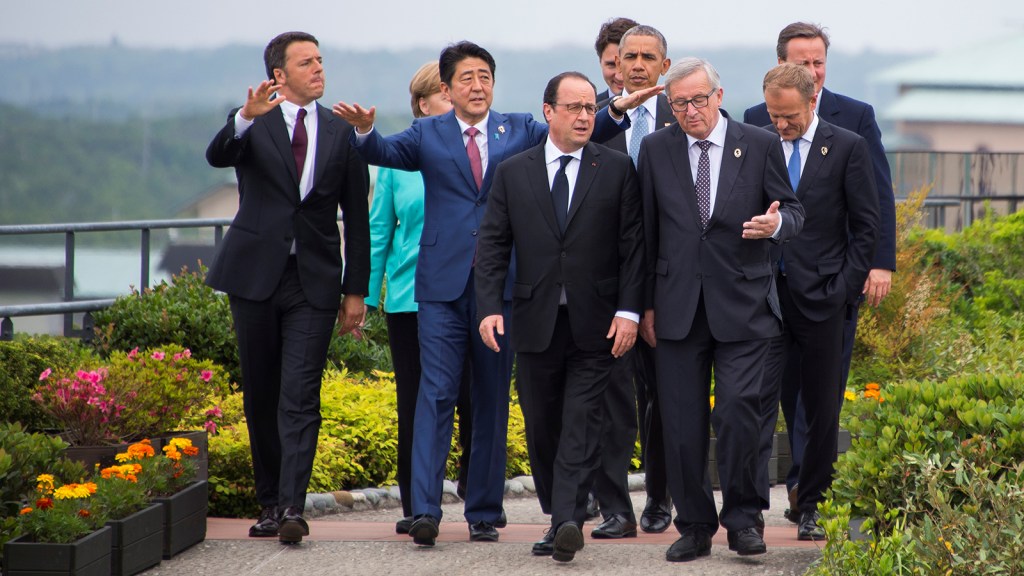 “Rattled” by Trump, G7 nations eager to move up timeline for the Paris climate deal

This week, leaders of the world’s wealthiest developed countries and the E.U., the G7, met in Japan, where they agreed to expedite the Paris climate agreement so it enters into force by the end of the year.

He was difficult to avoid, after all. On Thursday, the professional Twitter user delivered a lengthy speech on energy policy, in which he doubled down on his commitment to “cancel the Paris climate agreement and stop all payments of U.S. tax dollars to U.N. global warming programs.”

Seventeen countries have currently ratified the Paris agreement. To enter into effect, it needs ratification by 55 countries representing 55 percent of global greenhouse gas emissions. None of the G7 members have yet ratified or otherwise acceded the agreement (though they have signed it, and China and the United States have promised to do so by the end of the year).

A President Trump wouldn’t have an easy time “canceling” the Paris agreement, at least not once it enters into force. Still, President Obama said at the summit that G7 leaders were “rattled” by Trump “and for good reason.”

Obama also said the G7 was “surprised by the Republican nominee” and his apparent ignorance of foreign affairs. Aren’t we all.