GMO labeling would be outlawed by new bill in Congress 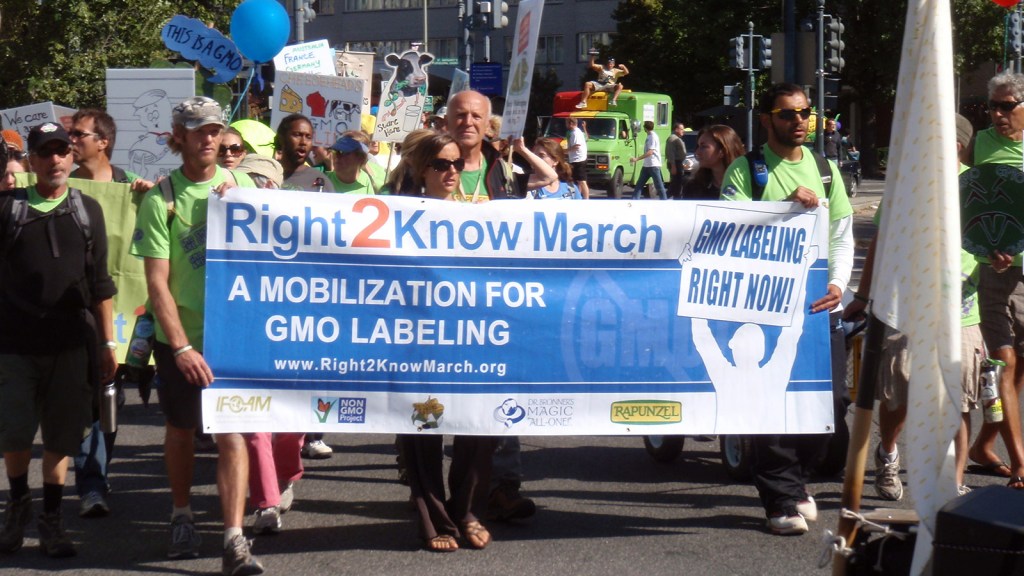 GMO labeling would be outlawed by new bill in Congress

State-led efforts to mandate GMO labels are blossoming like a field of organic tulips, but members of Congress are trying to mow them down with legislative herbicide.

Maine and Connecticut recently passed laws that will require foods containing GMO ingredients to be clearly marked as such — after enough other states follow suit. And lawmakers in other states are considering doing the same thing. The trend makes large food producers nervous — nervous enough to spend millions defeating ballot initiatives in California and Washington that also would have mandated such labels. They worry that the labels might scare people off, eating into companies’ sales and profits.

So a band of corporate-friendly members of Congress has come riding in to try to save the day for their donors. A bipartisan group led by Reps. Mike Pompeo (R-Kan.) and G.K. Butterfield (D-N.C.) has signed onto legislation introduced Wednesday that would run roughshod over states’ rules on GMO labels. Reuters reports:

The bill, dubbed the “Safe and Accurate Food Labeling Act,” was drafted by U.S. Rep. Mike Pompeo from Kansas, and is aimed at overriding bills in roughly two dozen states that would require foods made with genetically engineered crops to be labeled as such.

Large business groups cheered the legislation, which could receive its first hearings in the summer. “The GMO labeling ballot initiatives and legislative efforts that many state lawmakers and voters are facing are geared toward making people wrongly fear what they’re eating and feeding their children,” said the American Farm Bureau Federation’s president.

But groups that believe Americans have a right to know what they’re eating and which farming technologies they’re supporting are of course opposed, characterizing the bill as a desperate salvo by Big Food in the face of overwhelming support for GMO labels. The opponents have dubbed the bill the Deny Americans the Right to Know Act.

“If the DARK Act becomes law, a veil of secrecy will cloak ingredients, leaving consumers with no way to know what’s in their food,” said the Environmental Working Group’s Scott Faber. “Consumers in 64 countries, including Saudi Arabia and China, have the right to know if their food contains GMOs. Why shouldn’t Americans have the same right?”

Whatever you choose to call it, the bill is unlikely to have success beyond the GOP-controlled House.