Gorsuch likely to be skeptical of environmental rules, but that could bite Trump, too 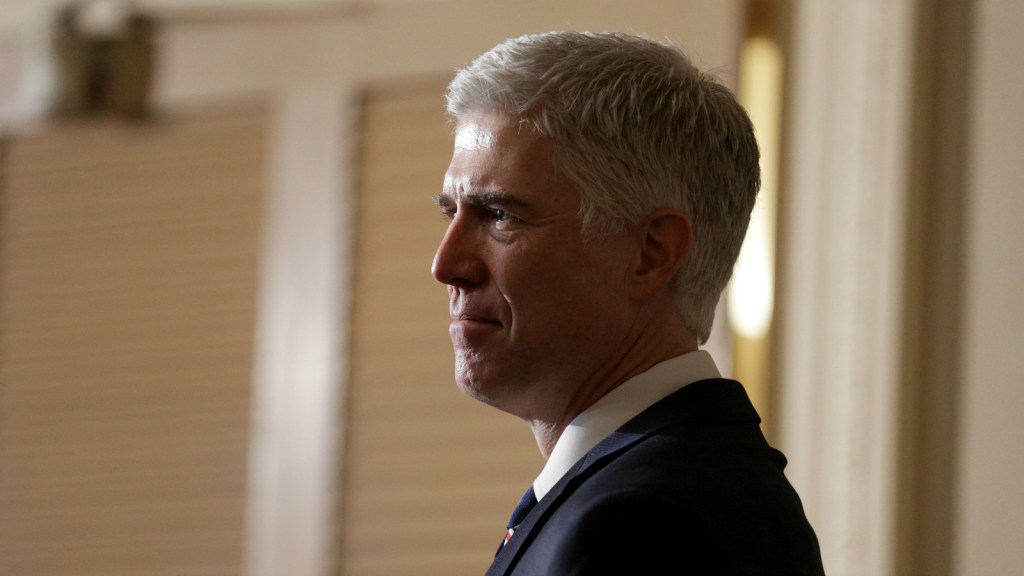 Gorsuch likely to be skeptical of environmental rules, but that could bite Trump, too

Patrick Parenteau is a professor of law and senior counsel at the Environmental and Natural Resources Law Clinic at Vermont Law School.

In nominating Judge Neil Gorsuch to fill the vacancy on the Supreme Court, President Donald Trump said he was fulfilling a campaign promise “to select someone who respects our laws and … will interpret them as written,” in the mold of the late Justice Antonin Scalia. In fact, Trump merely chose Gorsuch from a list of conservative judges vetted by the Federalist Society and the Heritage Foundation.

It could have been worse — much worse. Some of the other names on Trump’s short list were downright scary. Like 11th Circuit Judge William Pryor, who called Roe v. Wade “the worst abomination in the history of constitutional law.” Or 6th Circuit Judge Raymond Kethledge, who denied standing to the Sierra Club in an air pollution case by dismissing a prior circuit court decision as “a bottle of dubious vintage, whose contents turned to vinegar long ago, and which we need not consume here.”

Still, make no mistake: Judge Gorsuch, who sits on the 10th U.S. Circuit Court of Appeals in Denver, is a solidly conservative jurist who greatly admired Scalia. Like Scalia, he is a proponent of “originalism” — the idea that judges should interpret the words of the Constitution as they were understood at the time they were written — and a “textualist” who considers only the words of the law being reviewed, not legislators’ intent or the consequences of the decision.

He is perhaps best known for his outspoken criticism of the Chevron doctrine, which requires courts to defer to reasonable agency interpretations of ambiguous statutes. This is a key issue in the legal challenges to the Clean Power Plan and the Clean Water Rule, both of which could find their way to the Supreme Court despite Trump’s pledges to repeal them. It is safe to say that a Justice Gorsuch would be skeptical of both rules and it would take some convincing arguments to win him over. But given the current split on the court, it is not clear that his vote would make the difference in the ultimate outcome. Justice Anthony Kennedy remains the swing vote, just as he was in Massachusetts v. EPA, the landmark decision authorizing the EPA to regulate greenhouse gases as pollutants.

But Gorsuch’s skepticism of agency lawmaking could also spell trouble for Trump’s efforts to roll back environmental rules willy-nilly. In an opinion last year, Gorsuch wrote that courts have an obligation to give the public “some assurance that the rug will not be pulled from under them tomorrow, the next day, or after the next election” through shifting agency interpretations of laws. Are you paying attention, Scott Pruitt?

Gorsuch’s record on environmental cases is sparse. He has not written any blockbuster opinions. He has generally followed the relevant precedent, albeit in ways that are not always friendly to the environmental side. In 2010, he signed onto a decision upholding an Interior Department move to allow coal mining in eastern Utah. In another case, he was the lone dissenter arguing against allowing three environmental groups the right to participate in a lawsuit about off-highway vehicle use in the Santa Fe National Forest in New Mexico.

On the other hand, he wrote the majority opinion in a case upholding Colorado’s renewable energy standards against a challenge that they were unconstitutional under the commerce clause.

His decisions generally reflect the views of a conservative jurist, but not a particular animosity toward environmental regulations. Plus he’s an avid fly-fisher, which surely counts for something.

Gorsuch is sure to be questioned about Chevron during Senate confirmation hearings, but he is not likely to tip his hand on his views of the pending challenges to the Clean Power Plan and the Clean Water Rule.

So the Democrats face a tough decision: to filibuster or not to filibuster. Tensions are heightened by the fact that a Supreme Court vacancy only exists because the Republican-controlled Senate stonewalled President Obama’s nomination of the eminently qualified Judge Merrick Garland. It only takes one senator to start a filibuster and just a handful to keep it going and force a cloture vote, which would require the approval of 60 senators to bring the nomination to the floor. Sen. Jeff Merkley of Oregon has already announced his opposition to Gorsuch and is threatening a filibuster. But Senate Minority Leader Chuck Schumer has to consider the potential backlash from that with an eye to the upcoming 2018 midterms, in which 10 Democratic senators will be up for reelection in states that Trump won.

Looking forward, there’s a real danger that Trump may get the opportunity to fill a second vacancy on the Supreme Court over the next four years. Justices Kennedy, Ruth Bader Ginsburg, and Stephen Breyer are all considered vulnerable for various reasons. Gorsuch clerked for Kennedy, who just turned 81. Kennedy will not want to leave unless he believes his legacy as a moderate and a strong voice for individual liberties will be sustained. He may think that Gorsuch would be that same sort of strong, moderate voice and decide that it’s time to retire. That could dramatically change the ideological makeup of the court and pose an even more significant threat to environmental regulations and protections for decades to come.