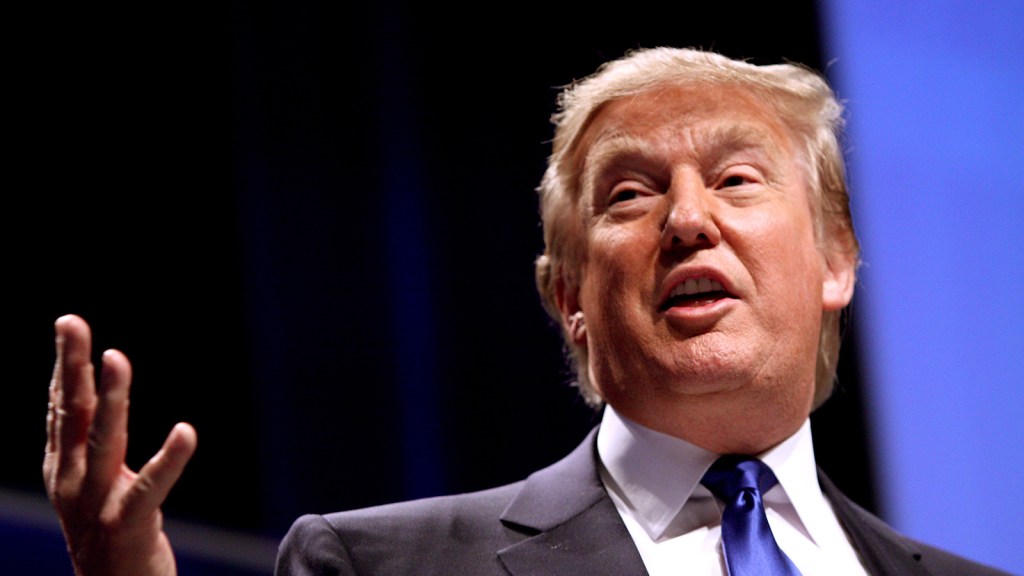 Over the weekend, Donald Trump told voters in California, a state that is now suffering through its fifth year of drought, that “there is no drought.” Instead, Trump says, the state is suffering from harmful policies crafted by environmentalists. Or, in Trump-speak, “they’re taking the water and shoving it out to sea.”

A lot of outlets pilloried the remarks. The Atlantic said they were “beneath contempt.” Slate called them “oblivious.”

But Trump has gotten far too much credit. He’s not being his usual creative self. He’s just repeating an argument that’s been popular among conservatives for years. Ex-Republican-darling Carly Fiorina made this same argument repeatedly during her brief presidential run, calling the California drought nothing more than a “man-made disaster.” Conservative media, including Fox News, National Review, and the Wall Street Journal, have long taken aim at environmentalists for exacerbating the drought.

Think of it as off-brand climate denialism. Drought deniers believe overzealous environmentalists got California into this mess. State and federal conservation laws call for a certain minimum level of freshwater to flow through the Sacramento-San Joaquin Delta in Northern California, where two of the state’s largest rivers meet. Drought deniers say there’s an easy fix to the state’s water problems — take away those laws and divert more of that water to the agriculture industry.

The longstanding symbol at the center of this fight is the delta smelt, a three-inch-long fish protected under the Endangered Species Act.

Roughly half of the water that flows through the Sacramento-San Joaquin Delta is supposed to be left to sustain the delta smelt and the broader environment, and the rest is to be divided for human uses like agriculture and household consumption. But that’s in a normal year; in recent drought years, California has already been making exceptions to regulatory safeguards. The U.S. House of Representatives is now considering a bill to amend the Endangered Species Act and allow even more water to be redirected to the dry Central Valley and Southern California. Even Senate Democrats are considering a bill that would give the federal government more leeway to divert water for human use.

But as water from the delta makes its way out to the ocean, it doesn’t just nurture the delta smelt. By supporting the whole ecosystem, it supports fishing industries as well. The health of the delta smelt population is a rough approximation of the health of the ecosystem and other species in it, including salmon, and right now that health is poor. Ironically, even the quality of human drinking water would be negatively affected by diverting more water from the delta for human use.

Letting farmers and other interests use as much water as they want wouldn’t begin to solve the larger problems posed by drought and climate change. It wouldn’t suddenly mean there is more snowpack and rain. It wouldn’t make California any less hot. In fact, this Band-Aid approach might only make California worse off in the decades to come, as megadroughts become a reality; if the state doesn’t figure out how to conserve water now, it will only have more problems down the road.

So it isn’t as simple as Trump promises: “If I win, believe me, we’re going to start opening up the water so that you can have your farmers survive.”

Trump and other drought deniers have another thing in common: They tend to ignore the role of climate change in making California’s drought more extreme, and reject climate science altogether. They are certain that the drought is man-made, but they’re still unconvinced that humans have caused climate change.