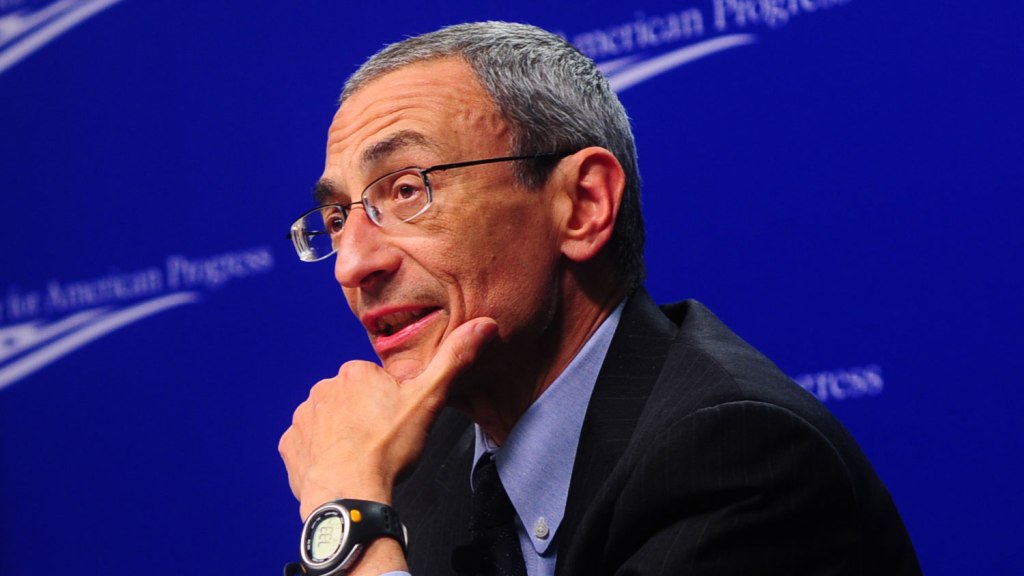 Tuesday brought news that John Podesta is going to take a high-level job in Hillary Clinton’s presidential campaign after he leaves the administration in February. If there was any doubt about Clinton running, this leak puts it to rest. It might as well be an announcement.

To me this augurs well, in a number of ways. First, the biggest worry about Clinton is that she will reconstitute her dreadful ’08 campaign staff, symbolized by the omni-incompetent Mark Penn, a lumpen money pit who has unaccountably commanded the Clintons’ loyalty through decades of being terrible and wrong about everything. It’s very difficult for me to see the calm, competent Podesta hiring Penn or people like him.

Podesta’s got long history in Washington and most of it speaks well of him. He was by all accounts a shrewd chief of staff for Bill Clinton; he founded the Center for American Progress, which has been a huge success; and more recently he has been working inside the White House to encourage Obama to be bolder, which is paying dividends in a sustained burst of executive action from immigration to community college to paid work leave to climate change.

Speaking of that: Perhaps Podesta’s greatest recent achievement is to convince the White House to be bold on climate even in the face of Republican wins in the 2014 midterms. Ben Geman has a fantastic long-read on this in National Journal. Here’s a good bit:

“We laid out a lot in June of 2013, and John has been driving everybody … across the government to make sure that we are executing on that,” says Dan Utech, a senior White House climate policy aide. He credits Podesta with pushing forward the major pillars of the second-term plan, including the power-plant rules and a strategy on methane pollution, but says Podesta has gone further, too. “I think he said, ‘Look, the plan is great and that is job No. 1, but let’s look for ways to increase ambition, to do even more anywhere that we can do that.’ And so he really challenged everybody here at the White House who works on these issues, everybody across the Cabinet that has a part of these issues, to think about what are additional things we can do, what are ways we can either do additional policy steps from here or engage with the private sector.”

Utech … ticks off several examples of ways that Podesta has driven a muscular implementation of the June 2013 plan or gone beyond it. There’s the suite of commitments on solar power the White House secured in May, from affordable-housing providers as well as corporate behemoths such as Wal-Mart. And the “Climate Action Champions” competition to help as many as 15 tribal and local governments battle global warming.

Plus, Podesta’s fingerprints are on the White House push to emphasize what advocates say will be the large economic costs of failing to stem emissions. That effort has yielded a widely publicized “cost of inaction” report by the White House Council of Economic Advisers and, more recently, speeches by Treasury Secretary Jack Lew and White House budget chief Shaun Donovan.

“John has made those messages come to the fore because he has brought all of the administration together to understand the full breadth of the challenge,” EPA Administrator Gina McCarthy says.

Podesta made federal action on climate more cohesive and comprehensive than it’s ever been. And he did so at a moment when the White House easily could have gone the other way, opted for political safety and timidity.

To me, this was a key “decision point” (to use GW Bush’s term) of the Obama presidency — akin to when Nancy Pelosi persuaded Obama to continue the comprehensive healthcare push in the wake of Scott Brown’s victory. It’s a jolt when a jolt was needed.