Back in 2004, on Valentine’s Day, San Francisco started issuing marriage licenses. At the time, I was an intern at a local alt-weekly, and the more cynical editors on staff said that it was less a move of genuine ardor for marriage equality, and more of a move by our then-mayor to get the gay vote on lockdown for the rest of his political career.

But it is also safe to say that, in the moment, none of that mattered. Every time I rode my bike past City Hall, I stopped to see who was waiting in line to get married. There were the little old men in matching bolo ties. There was the Latina couple who brought their own mariachi band. Had I ever seen so many giddy people together in one place? For a month, the entire city floated on a cloud of romance.

Then the Supreme Court of California declared all the marriages null and void and demanded that San Francisco return everyone’s marriage fees. And then one of my friends confided in me that she was relieved that her marriage was invalidated, because she had realized her gay marriage was a disaster, and was panicking over trying to figure out how to get gay-divorced.

This Supreme Court decision is incredible. It deserves major dancing in the street — which will definitely happen, and how. But it’s important to remember that, as far as social justice goes, marriage is the easy part. The Loving v. Virginia ruling, which legalized interracial marriage in all 50 states, happened in 1967. That was less than 50 years ago. Today it’s hard to imagine an America where marrying someone of a different race wasn’t legal.

But it is easy to imagine an America where other civil rights issues — the ability to vote, to obtain birth control, to go to a decent school, to be treated fairly by the police and in the courts – are still fought over. Because that America is the one we still live in.

Today, we tried to figure out what we we had to say about this Supreme Court decision. There were so many different points of view in our Slack chat that we thought, why not just give you the whole conversation? Here it is.

Nathanael Johnson: The question is, who’s got the gay marriage angle?

Eve Andrews: that is a question

Andrew Simon: is there anyone, staff or freelancer, who might have a smart personal take?

Katie Herzog: on gay marriage? i have A LOT to say.

Katie: i mean, some of my best friends are gay (oh me too) but you can still be legally fired and denied housing in 28 american states for your sexuality

gaywashing is the new greenwashing

Nathanael: But Katie, this ruling has all sorts of knockon implications for the constitutionality of that sort of discrimination

Katie: i mean, i’m not mad about it i just think gay marriage will end homophobia the same way electing a black president ended racism

Katie: i know. i already facebooked and tweeted it

gonna needlepoint it on my rainbow flag later

Katie: i’m not sure this ruling addresses that

but i will google it

you still can be fired in 28 states

not to mention evicted from your home

Nathanael: And you think that will hold up in court given this new case law?

Katie: i have no idea. it’s undeniable this is a good thing (as is anything that pisses off the religious right) but i dont think that marriage should be the standard for equality

John Brosnan: I just got gay married a month ago…..

So, it’s a pretty awesome day in our lives.

Katie: i would love to see how many parents call up their estranged children and say NEVERMIND ABOUT KICKING YOU OUT, NEVERMIND ABOUT EX GAY CAMP AND TRYING TO BEAT IT OUT OF YOU. YOU WERE RIGHT.

i mean, of course i’m happy for you, john. this is a victory of our people for sure.

John: I also agree, this ain’t the end of the road.

No union is more profound than marriage, for it embodies the highest ideals of love, fidelity, devotion, sacrifice, and family. In forming a marital union, two people become something greater than once they were. As some of the petitioners in these cases demonstrate, marriage embodies a love that may endure even past death. It would misunderstand these men and women to say they disrespect the idea of marriage. Their plea is that they do respect it, respect it so deeply that they seek to find its fulfillment for themselves. Their hope is not to be condemned to live in loneliness, excluded from one of civilization’s oldest institutions. They ask for equal dignity in the eyes of the law. The Constitution grants them that right

Katie: see? i disagree with this: “No union is more profound than marriage”

why you gotta be married to be taken seriously?

“Their hope is not to be condemned to live in loneliness”

because not being married makes you inherently lonely?

John: I think it depends on your perspective. I do think it’s relative, and in this case it was being seen from the eyes of those involved in the case.

Katie: who, sadly, are dead

Katie: god, i am a fucking GRUMP

Amelia Urry: I say, rain on that parade — we could use the water

Eve: “a grump and a sunflower talk about stuff” is a podcast i would listen to, 100 percent

John: I totally get your perspective though

I would EAT UP that podcast.

Katie: well you are actually married

Katie: where’s Heather on this?

Nathanael: Just because this isn’t the end of the road doesn’t mean it’s not worth celebrating! This absolutely sets up the dominoes to fall in courts overturning anti-gay laws, and the whole process normalizes gayness, which, in the long run, will stop parents from sending kids to ex-gay camps etc

Katie: i certainly hope so

Katie: listening to Ken Cuccinelli this morning on npr certainly made it seems like the religious right is not ready to give up their precious homophobia just yet

Nathanael: Of course not, no more than UFO enthusiasts are going to admit they were never probed

you can’t change zealots, but you can change the world around them

Heather Smith: I think it’s both impossibly cool, & I agree with Katie that marriage has been focused on to the exclusion of other queer equality issues

Nathanael: I get that

John: I’m still waiting to hear about that pastor who was going to self-immolate if this happened…..

Katie: OH PLEAASE I HOPE HE DOES IT

Katie: oh, and while this is dominating the news cycle, a black church was set on fire in charlotte last night

Katie: but srsly it would be nice if people got this enthused about, oh, you know, saving the one planet that can support human life

but marriage is cool too

Heather: Maybe if we frame it as “We need the earth to hold weddings on?”

Nathanael: this is where poofy dresses come from, people 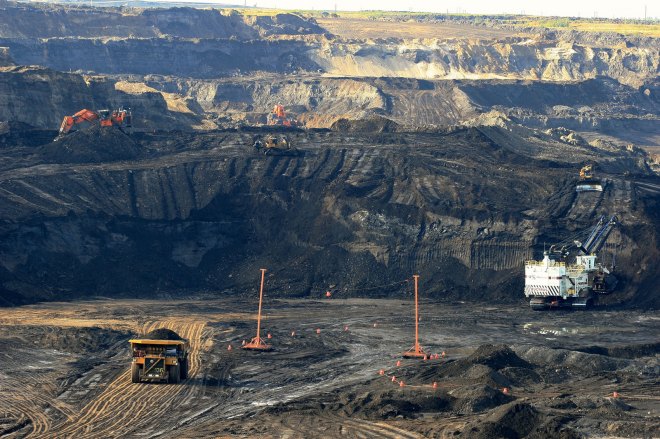 Heather: “The most incredible wedding venue mankind has ever known….is in peril”

you know, i bet this will actually be a real shitshow for the planet

all those destination weddings

Nathanael: oh for the love of Pete (which he shares with Ralph)

Heather: I’m looking forward to dealing with more immediate issues, like how am I going to navigate the gauntlet that is my neighborhood during Pride weekend in San Fransisco 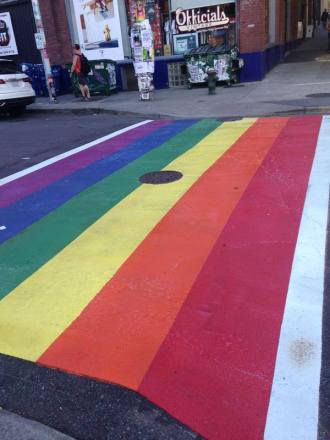 Heather: Katie:  I like to keep my gayborhoods subtle. Like “Oh, that bar is called “Moby Dick.” Must be a lot of Herman Melville fans living here!”

We’re also in the mega-victory stage right now. It’s totally possible that we could be facing something over the next few decades that tries to circumscribe gay rights the same way that school integration and abortion access have been.

Katie: which have been so successful

welp it’ll def be good for the economy, if you’re into that kind of thing

Heather: And good for gays who want to inherit things from each other without having to adopt each other.

Katie: i always kind of looked forward to being adopted as an adult

“this is my mother/wife”

I mean, it was always too late there

Katie: why does society and government prize marriage (and implicitly monogamy) over being a strong, independent human who is impossible to live with??

Heather: Katie, think of all the contributions that single people have made to the great tapestry of human culture! Oliver Sacks! Buddha! Queen Elizabeth I! Single Pride! (Oliver Sacks has a manfriend now. But still!)

Katie: PLUS think about all the couples who have done so much damage

Hitler had a girlfriend

Katie: you know who was single? jesus

Oslo builds its bees a highway of flowers