This story originally appeared in The Guardian and is republished here as part of Covering Climate Now, a global journalism collaboration strengthening coverage of the climate story.

April 15. That’s the traditional frost-free date in Schochoh, the small community in south-central Kentucky, where Sam Halcomb and his family own and operate Walnut Grove Farms. Before then, the soft red winter wheat that Halcomb grows, which finds its way into McDonald’s biscuits and grocery store pancake mixes, is flowering and especially vulnerable to cold. The frost-free date is an estimate, based on years of experience. If you make it past that date, you’re likely to have a healthy harvest.

This year, a freeze came on exactly April 15, with early morning temperatures dropping into the mid-20s Fahrenheit. “We were all smacking our heads, saying, ‘Ah, we almost made it,’” Halcomb said. Then, on May 9, another freeze hit.

Two late freezes in one season was “completely unheard of,” said Halcomb, a sixth generation farmer. “In my whole life, I don’t remember ever having a freeze that late.” A typical wheat yield at Walnut Grove is 85 bushels per acre; this year, it was closer to 60. Halcomb’s losses totaled about $200,000.

Kentucky’s climate is changing quickly. The Bluegrass State is the ninth most threatened state in the country by long-term climate change impacts, according to a recent study by SafeHome.org, based on data from Climate Central. That puts it ahead of even California, where wildfires recently have wreaked havoc. Erratic weather, exceptional heat, drought, wildfires, and flooding all threaten Kentucky.

There’s a growing environmental movement in the state, and more leaders than ever are speaking the language of sustainability. Coal industry ties run deep, however, and for many, talk of change is anathema. The state legislature has mostly avoided the climate issue. And U.S. Senate majority leader Mitch McConnell, by far the state’s best-known politician, has been a dedicated opponent of climate action in Washington.

Kentucky is a microcosm of the nation’s climate dilemma: The effects of the climate crisis are clear here, but legacy interests and the forces of change are at an impasse. “There’s a lag between where we need to be and where we’re at right now,” said Lane Boldman, who directs the Kentucky Conservation Committee, a nonprofit environmental policy group. “And there really isn’t a lot of time.” 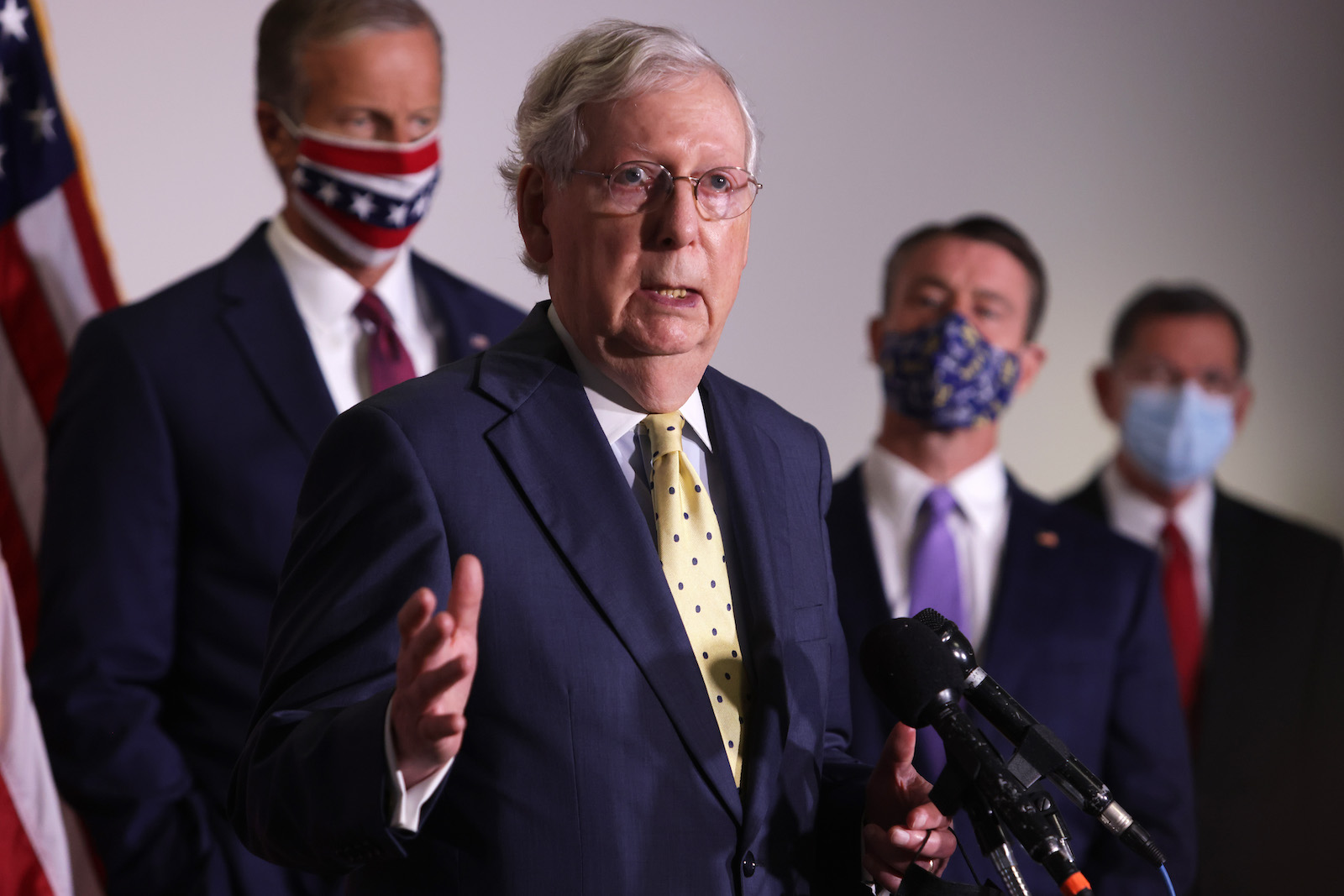 McConnell has accepted more than $3 million from the coal, oil, and gas industries over the course of his career. Critics say he’s returned the favor with handouts — tax breaks and regulatory cuts — to keep the dying industry aloft. In 2017, McConnell joined the Trump administration in urging America’s withdrawal from the Paris climate Agreement. In 2019, he engineered what he admitted was “a show vote” intended to kill the Green New Deal. As a campaigner, McConnell has framed efforts to reign in the coal industry as the meddling of a distant federal government out of touch with Kentuckians’ way of life.

That’s not to say coal has been good to Kentuckians, of late. The coal industry employed some 38,000 Kentuckians when McConnell took office in 1985; it’s below 4,000 today. Workers in the mountainous eastern part of the state have found themselves laid off and uncompensated for their work by coal bosses. And deregulation has led to one of the worst black lung epidemics on record. Eastern Kentucky counties are among the poorest in the nation, with poverty rates around 40 percent. The water in some of those counties is either undrinkable or unaffordable.

Three of the five wettest years on record in the state have been in the last decade, and this summer saw the most rain of any two-month period on record going back to 1895. More rain can boost crops, but in many parts of Kentucky rain now comes in unhelpful torrents. In both the eastern mountains and urban areas, excessive rain has contributed to severe and frequent flooding. In Louisville this year, rain has turned neighborhoods into swamps and devastated businesses.

The climate crisis is not the explicit nor the sole cause of all this rain. But the precipitation uptick is “very much consistent” with scientific projections for how climate change will play out in the state, Stuart Foster, Kentucky’s state climatologist, said.

Many in the state remain unconvinced. According to a study this month by Yale and George Mason universities, Kentucky is one of only four states in the country where a majority of adults do not believe global warming is caused by humans.

Similar apathy reigns in the state legislature, where Republicans hold a lock on both houses. The chair of the House Natural Resources and Energy committee, Jim Gooch, for example, told Louisville’s WFPL radio station recently that the science on climate change remains unsettled. Other legislators seem still beholden to the coal industry, reform advocates say, and to utility companies.

Boldman, of the Kentucky Conservation Committee, warned that Kentucky could soon become less attractive to outside companies — who increasingly are making their own climate commitments to consumers — that might otherwise eye the state for investment. “It can turn companies off if they see a state still hanging on to legacy energy,” Boldman said. “Companies now are looking for renewables, and we’re playing catch up.”

Charles Booker, who narrowly lost the state’s Democratic primary for U.S. Senate to Amy McGrath, championed environmental justice and the Green New Deal. Booker, who is Black and hails from impoverished West Louisville, rejected stereotypical divisions between urban and rural voters. Kentuckians everywhere, he said, had suffered badly from environmental neglect, and he promised a just economic transition for parts of the state historically reliant on coal. “From the hood to the holler,” went one Booker slogan. 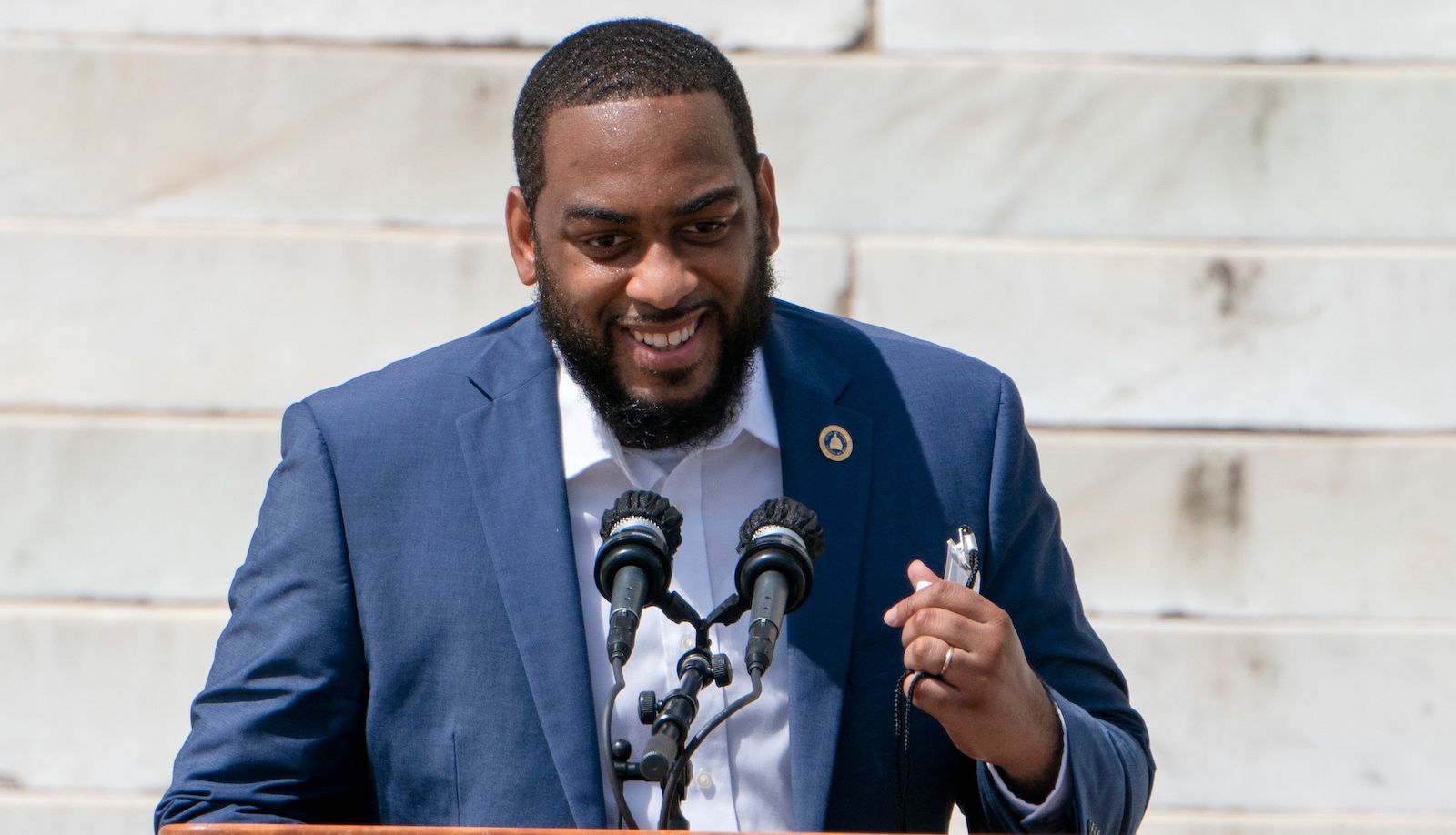 Booker’s campaign captured national attention; and the fact that an unabashed climate advocate came as close as he did to facing off against McConnell this November could signal that Kentucky is ready to get serious on climate.

McGrath trails McConnell in the polls — but not by so much, state politicos say, that she should be counted out. A retired Marine fighter pilot, McGrath calls climate change “intricately tied to our national security,” a position that syncs with the U.S. defense department. Another early line of attack by McGrath focused on the health crisis in eastern Kentucky; “Mitch McConnell left our coal miners behind years ago,” she accused in one ad. Booker, for his part, has thrown his support behind McGrath.

Local races also suggest that environmental politics may be shifting in Kentucky. Sarah Lynn Cunningham, chair of the Kentucky chapter of the Sierra Club’s climate change taskforce, was struck this spring when a Republican running for state Senate in a competitive district near Louisville sought the group’s endorsement. The candidate was knowledgeable, she said, and expressed concern that many of his fellow Republicans lagged on the environment. “I’ve never had a Republican say they would like to compete for our endorsement,” Cunningham said. “That was a first.” (In the end, the Sierra Club endorsed the Democrat, who won, flipping a seat held by Republicans since 1995.)

Stephen Voss, an expert in elections and voter behavior at the University of Kentucky, doubts climate will prove central in this fall’s outcome. Based on his assessment of how environmental issues resonate in Kentucky, however, he suggested that McGrath could profit by framing climate as a matter of community health, economic durability, and jobs. “We’ve had nibbles at this approach,” he said. “But no one has successfully done it yet.”

In a statement to the Guardian, McGrath did raise jobs and public health as areas where McConnell’s climate record has damaged Kentucky. McConnell, she said, is “failing us on climate, because he is beholden to special interests. If you want to bring jobs, we could get ahead of the curve and be an innovation leader.”

“Our government’s first job is to keep Americans safe,” McGrath added. “And to do that, we need to prepare for climate change.”

The McConnell campaign did not respond to requests for comment.

Perhaps the biggest harbinger of change in Kentucky is the youth vote, with even young conservatives in the state worried about the climate crisis. The question, Voss said, is whether young people will show up to vote this fall.

Fernanda Scharfenberger, an 18-year-old climate activist at Centre College in Danville, Kentucky, is optimistic on that front. Two years ago, when Scharfenberger was a junior in high school in Louisville, a boy from a nearby school died after he was swept into a storm pipe during a heavy rain. The death hit her social group like a shock wave. Scharfenberger went home that day and Googled climate. “As you can imagine,” she said, “it got pretty overwhelming pretty quickly.” She felt called to action. 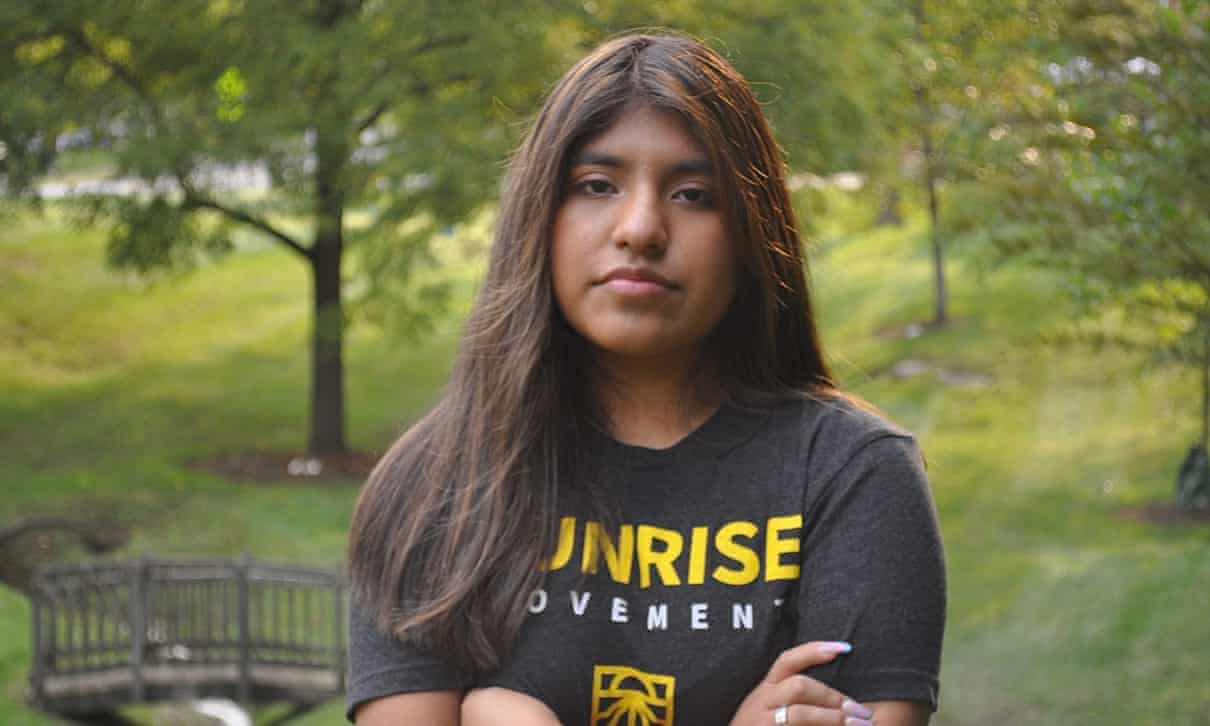 That December, Scharfenberger traveled with young people from across the country to Washington to lobby for a Green New Deal. All 50 states were represented but, with 75 young activists present, Kentucky’s was the largest delegation.

Back home, Scharfenberger co-founded a Louisville hub for the Sunrise Movement, which has made headlines taking McConnell to task for his ties to the fossil fuel industry and mocking approach to the Green New Deal. Sunrise hubs later formed in Lexington, Bowling Green, and far-western Murray.

Young activists were disappointed when McGrath bested Booker in the primary; they preferred Booker’s emphasis on local climate effects and his full-throated endorsement of a Green New Deal. Still, they relish the chance to unseat McConnell.

In June, Sunrise members from across the state led a dawn protest outside McConnell’s home in Louisville demanding justice for Breonna Taylor, who was killed there by police in March. The ongoing Black Lives Matter protests, Scharfenberg said, have kept young activists engaged in community organizing and electoral work, stressing the intersection of environmental and social justice issues in the state.

This November will mark the first time Scharfenberger and many of her fellow activists are entitled to vote. “I feel a large commitment and responsibility,” she said. “The people we put in office can so drastically impact people’s chances at survival. And we’ve had enough of the bare minimum.”