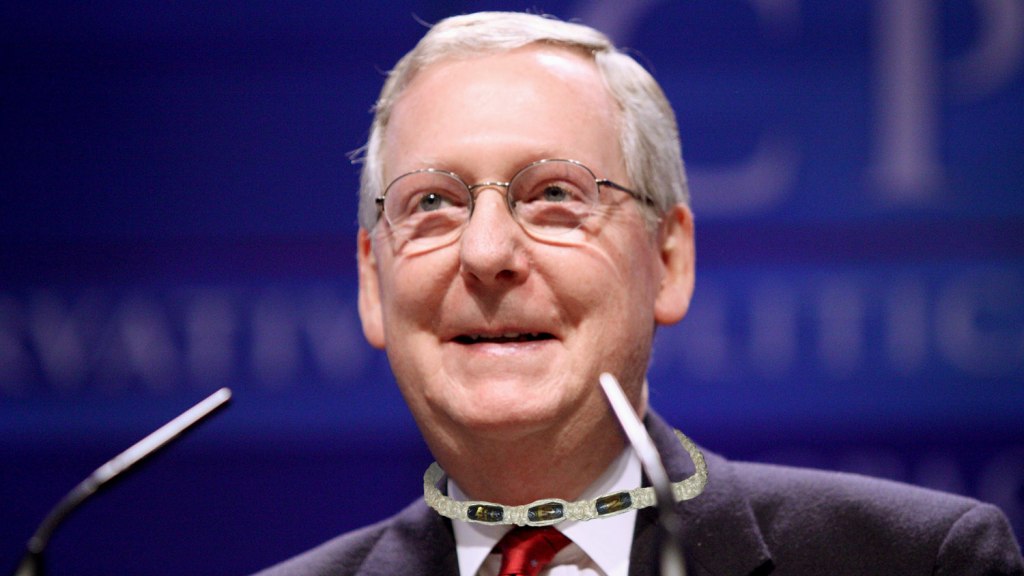 The leader of senate Republicans has emerged as a champion for hemp farmers! A story in Politico traces Mitch McConnell’s evolution on the issue.

Apparently McConnell agrees. He was instrumental in making it legal for Kentucky farmers to begin experimenting with hemp. This year, he has cosponsored a bill that would remove hemp from the list of schedule one drugs. And it’s not like he’s working quietly behind the scenes — the man can’t stop talking about hemp.

McConnell began his reelection campaign in 2014 in the unusual spot of fending off a primary opponent, and hemp legalization and its promise for jobs and profits became a central talking point on the stump. “McConnell would always mention hemp at every stop he made,” [Kentucky agriculture commissioner Jamie] Comer said.

McConnell summoned Michele Leonhart, the head of the DEA, to his Senate offices in Washington. The DEA, it appeared, was trying to find an interpretation of McConnell’s farm bill language that would render the hemp pilot projects unworkable. Leonhart told McConnell that her agency had not yet completed a policy review to determine the “intent” of the hemp provision.

In a news release issued at the conclusion of his meeting with Leonhart, McConnell took aim at this tactic: “I also stressed that as the author of the industrial hemp provision, the intent of this provision is to allow states departments of agriculture and universities to explore the commercial use of industrial hemp as a means for job creation and economic development. The language expressly exempts hemp from federal regulation for these defined purposes.”

McConnell’s message was clear: Don’t tell me what I intended. I’m the author; I’ll tell you.

The law-enforcement objection has been that drug dealers might claim that they were growing legal hemp. A little familiarity with the plant would solve that problem — though there may be a long way to go: Last year, Georgia State troopers mistook a man’s okra for marijuana.

Anyone who has gone to high school has heard that hemp will solve all our problems if we just give it a chance. In his book Hemp Bound, Doug Fine makes the argument that this is “the plant that’s going to change our diet and farms, help restore our soil, and wean us from petroleum.”

I’m dubious of big promises — in the end hemp is going to be just another crop. But there’s no good reason we should ban farmers from using crops that allow them to work more economically and sustainably.

It’s great to have leadership on this issue, especially from a Republican. But it’s a little embarrassing that politicians are only getting around to legalizing hemp now, when states left and right are legalizing the kind of cannabis that does get you high. That’s all right, Mitch — slow and steady, the tortoise wins the race.