Looking for a fossil-free investment fund? Check the fine print 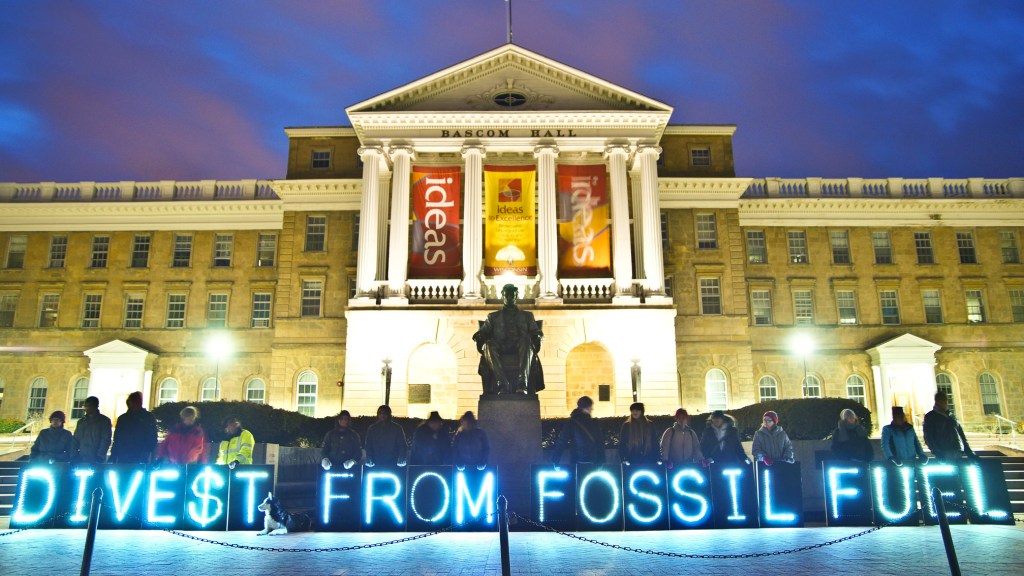 Looking for a fossil-free investment fund? Check the fine print

As the fossil-fuel divestment movement continues to grow, more and more people and institutions are looking for cleaner ways to invest their money. That means demand is poised to grow for low-cost financial products that avoid fossil fuel companies. Two new investment funds are aiming to meet that demand — but getting money out of the dirty-energy business isn’t so straightforward.

Scrappy investment management startup Etho Capital launched the world’s first “fossil-free” exchange-traded fund (ETF) in November. An ETF is an investment fund that tracks an index — say, a subset of the S&P 500 — and trades more or less the same way individual stocks do. When I met up with Etho cofounder and Stanford lecturer Ian Monroe at the Paris Climate Conference, he told me that the company’s new product is the first socially responsible fund to wholly avoid fossil fuel companies while still maintaining a diversified portfolio.

But last week, State Street, with the backing of the Natural Resources Defense Council, also released a product that it billed as the world’s first “fossil fuel–free” ETF. “This New ETF Tracks the Green Version of the S&P 500,” proclaimed Bloomberg. “Investing in Fossil Fuel-Free Companies Just Got a Lot Easier,” read a CityLab headline.

If an environmentalist were to take a gander at the State Street fund’s holdings, she might raise a quizzical eyebrow: 1,200 shares of Halliburton, 500 of Transocean, 700 of Valero. Marathon, Phillips 66, Diamond Offshore Drilling — they’re in there, too. The energy sector makes up less than 2.5 percent of the fund, but it’s certainly represented, and not by companies most enviros would view as clean.

The cognitive dissonance here is remedied by examining the fund’s definition of fossil fuel–free, which only calls for avoiding companies that actually hold fossil fuel reserves. Fossil fuel developers and service and infrastructure providers are fair game.

Since NRDC is a cornerstone investor in the fund, I was curious how that definition meshed with the organization’s ethos. Doug Sims, a strategy and finance director at NRDC’s Center for Market Innovation, told me that companies with fossil fuel reserves on their balance sheets were the lynchpin of the fossil fuel industry, so eliminating them from a portfolio is a good place to start. “The project is a roadmap, a step in the right direction,” he said, which will help us eventually achieve a truly post-carbon economy.

Some divestment advocates don’t buy that logic. “Those products that state they are ‘fossil-free’, but still hold companies whose core business model is fossil fuel development, like Valero and Transocean, are not ahead of the curve on addressing climate risk for their clients,” wrote Katie Hoffman of Divest-Invest in an email.

State Street did not immediately respond to a request for comment.

Andy Behar, the CEO of Oakland-based nonprofit As You Sow, argues that the green investment world needs nuanced, precise definitions of what “fossil fuel–free” means, coupled with full transparency. Otherwise, there’s no way for people to know whether or not their investments are as green as they might desire. “Right now it’s like food companies calling something ‘natural’,” he says. What does that even mean?

Etho Capital’s ETF tracks an index the group developed called the Etho Climate Leadership Index. To qualify as “climate leaders,” companies are assessed on greenhouse gas emissions and their environmental, social, and governance standards, in addition to undergoing qualitative screening by academics and NGOs.

But even rigorously conscious Etho’s ETF has holdings in, for example, CenterPoint Energy, a natural gas distribution company, and Sempra Energy, which operates natural-gas power plants and pipelines. Monroe says that Etho maintains these kinds of companies in its portfolio because they’re technically utilities — not members of the energy sector per se. In an email after our conversation, he wrote that he’d be open to taking these companies out of the fund if asked to do so. His company runs an “open sustainability feedback process” that allows people to raise precisely these types of concerns.

What’s more important, argues Monroe, is that we end up with an agreed-upon definition of “fossil-free” that is broad enough to cover the worst offenders but narrow enough to still make diversified investment possible. That means excluding companies whose “primary revenue comes from the ownership, extraction, distribution and/or sales of fossil fuels,” he writes. “Nothing more, nothing less.”