No new lead crises in 5 years? Clinton has a plan 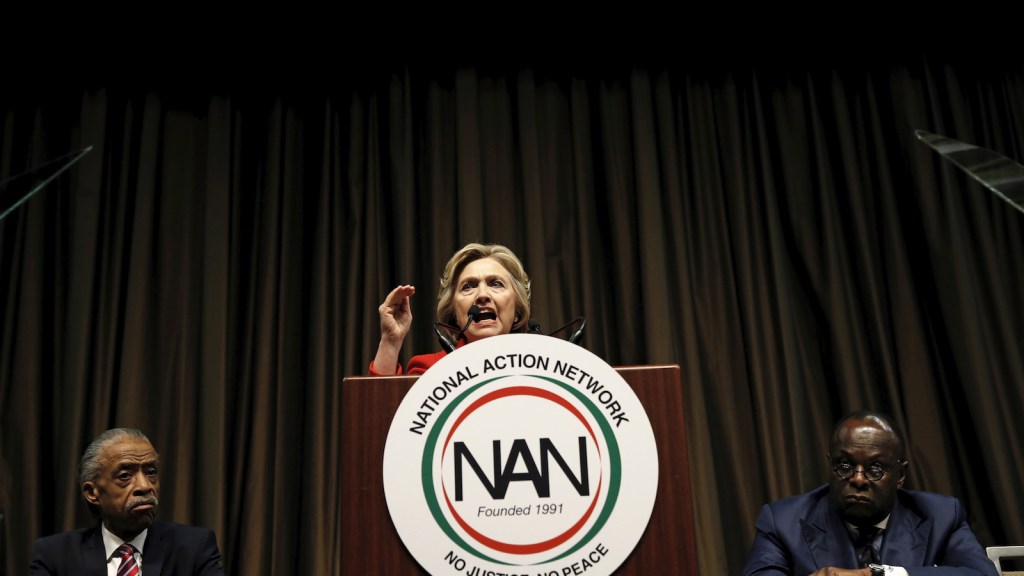 No new lead crises in 5 years? Clinton has a plan

The day before a Democratic presidential debate in New York, Hillary Clinton rolled out an environmental justice plan that calls for eliminating lead as a major public health threat within five years.

She would have her work cut out for her, as Flint, Mich.’s lead-poisoning crisis has shown. As Clinton reminded her audience today in a speech on racial justice at Al Sharpton’s National Action Network conference: “There are a lot of Flints across our country where children are exposed to polluted air, unhealthy water and chemicals that can increase cancer risk.”

Studies show that some 500,000 U.S. children under the age of 5, who are predominantly black and Latino, have high levels of lead in their bloodstreams. This is primarily because of lead-based paint in old buildings, but also stems from contaminated soil and drinking water. When it comes to water contamination, we don’t even know where most of the problematic pipes are concentrated; best guesses range from 3 to 10 million lead service lines in America. Nor do we have consistent reporting on concentrated areas of lead paint in homes.

Despite the myriad challenges, Clinton insisted Wednesday: “If we put our minds to it, it can be done.”

Her plan calls for:

A number of these proposals would require Congress to cough up more funding for infrastructure and transportation, as well as for Congress to amend laws. And a few of them overlap with proposals from Bernie Sanders, who has also called for more funds for Superfund sites and directing agencies to develop clear priorities on environmental justice. Sanders, too, has highlighted the “unequal exposure of people of color to harmful chemicals, pesticides and other toxins in homes, schools, neighborhoods and workplaces” on his campaign website.

Flint has featured heavily in the Democratic primary and was the site of a Clinton-Sanders debate in March. With a week to go before New Yorkers vote, environmental justice is back in the national spotlight. But the intertwined problems of pollution, poverty, and racism won’t be fixed in just a handful of debates.