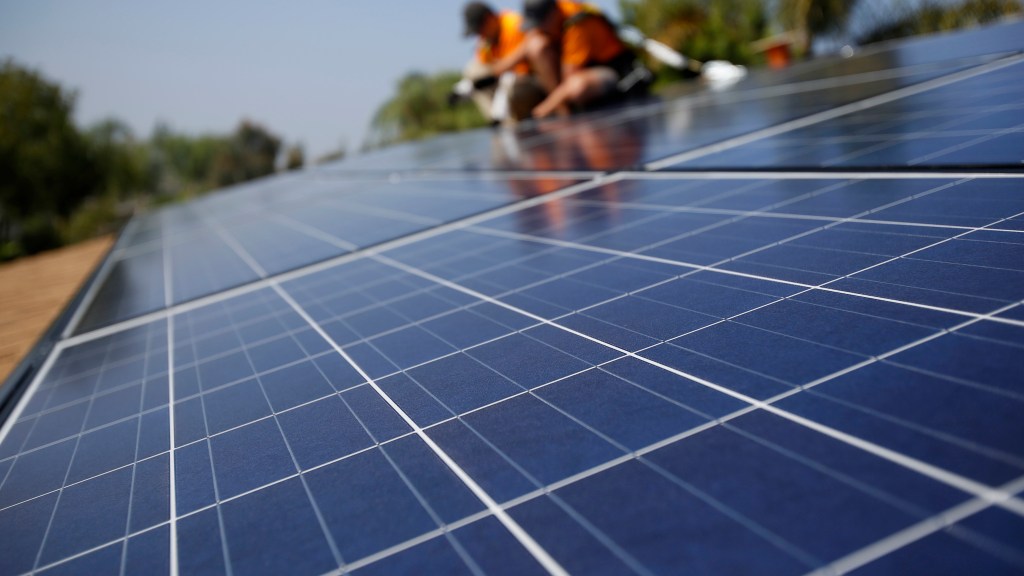 If you still think that cutting carbon emissions will kill our economy, consider California.

A report out Wednesday says that the number of Californians working in clean-energy jobs jumped by 18 percent between 2014 and 2015. That means the field is adding jobs at six times the rate of overall job growth in California. More Californians now work in energy efficiency or renewable energy production than in agriculture, forestry, and fishing. It’s bigger than Hollywood, TV, and radio combined.

All of these stats come from the Advanced Energy Economy Institute’s new study, which favors the term “Advanced Energy” instead of “green.” As I read through it, I couldn’t help basking in delight at this good news. But I wondered, “Just what is an Advanced Energy job? Because I have never seen this phrase before.”

So I called Robert Keough, vice president of communications for the Advanced Energy Economy Institute, and asked him what had happened to green jobs. The Institute could best be described as a trade group — it describes itself on its website as “a national association of businesses that are making the energy we use secure, clean, and affordable.”

Keogh said that “Advanced Energy” was a new phrase in the renewable energy lexicon. “It’s an attempt on our part,” he said, “to break down the silos of renewable energy.” For example, the typical image for a “green job” is a hunky guy with a tool belt installing solar panels, or maybe Elon Musk standing in front of something shiny.

This might seem like a cynical move — adding “building efficiency” as an employment category more than doubles the overall tally for Advanced Energy jobs. But it’s also a sensible one, because using less energy is just as important as figuring out how to use more of the clean stuff.

When I interviewed Anthony Leiserowitz, director of the Yale Project on Climate Change Communication, last year, he complained about how conservation got short shrift. “If we could wave the magic wand and get everyone to insulate their attic, that would be tremendous,“ Leiserowitz said. “But that’s not sexy. It’s not buying a Tesla and parking it in your driveway so that your friends and neighbors can admire it.”

Overall, what this report suggests is that the legislative maneuvering that California has done on behalf of cleaner energy has worked. Whatever you think about the state’s high Renewable Energy Standard (RPS), its electric vehicle rebates, its pushy role in the Corporate Average Fuel Economy (CAFÉ) standards, its appliance regulations, its subsidies for Tesla — the number of jobs in cleaner energy is on the rise.

One of every five Advanced Energy jobs is in California, even though California only has a 10th of the country’s population. The rapid increase in renewable-energy employment reinforces other national jobs data — like the fact that jobs in the solar industry now outnumber jobs in coal.

In the world of politics, “jobs” are solid political gold. They are the glittering beacon that politicians will cross party lines to get closer to, in their eternal quest to find the perfect factory floor for shaking hands. This particular study is only in its second year, but it already bodes well for even more legislation in support of clean energy, in California and beyond.