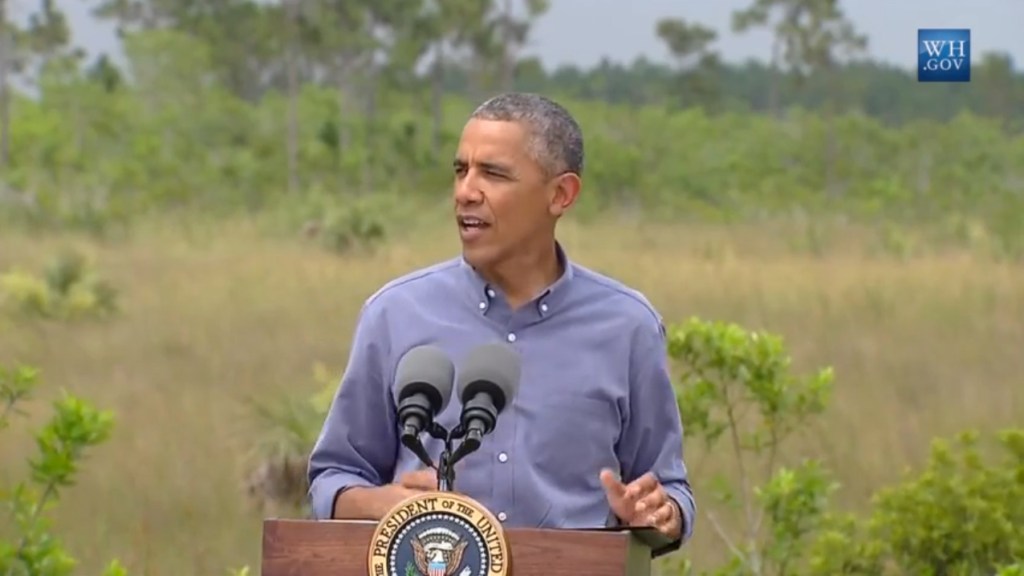 President Barack Obama just marked Earth Day with a speech on climate change, given from a podium in Florida’s Everglades National Park. The choice of venue was appropriate from an environmental perspective — the Everglades is already acutely feeling the impacts of sea-level rise — but it was also telling from a political standpoint. Although our swampiest national park has a long history of bipartisan support, it’s located in a state that has recently produced some of the most absurdist climate denial in recent memory — and Obama didn’t forget to mention it.

Florida is home not just to Sen. Marco Rubio, a GOP presidential contender who maintains that humans can’t affect the climate, but also to Gov. Rick Scott, who landed in headlines last month after apparently barring state employees from talking about climate change.

Obama also took a jab at Sen. James Inhofe (R-Okla.) for bringing a snowball onto the Senate floor. “If you have a coming storm, you don’t stick your head in the sand,” he said. “You prepare for the storm.”