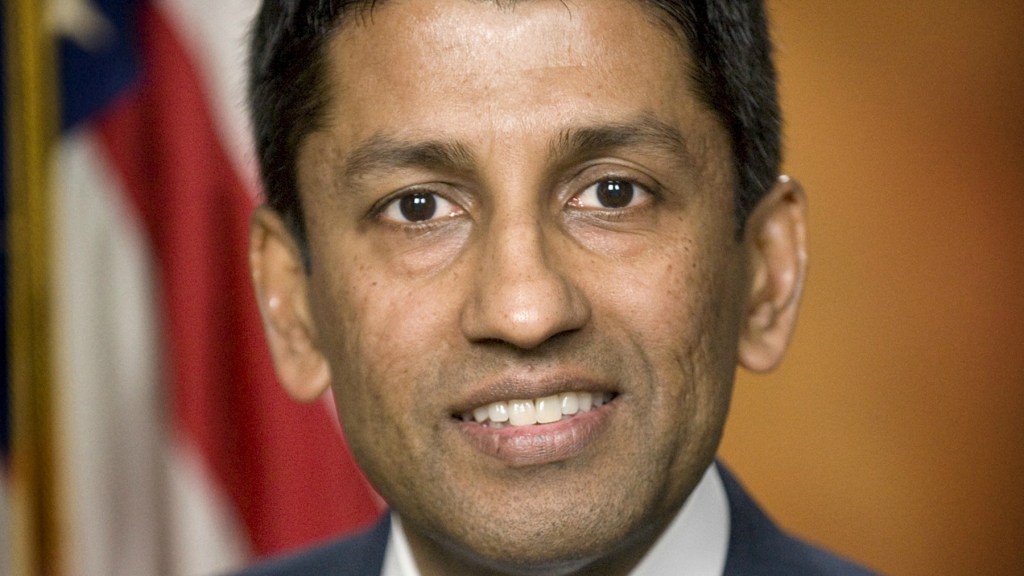 Deaths, like wildfires, can sometimes provide an opening for new life to grow. The passing of environmental Heat Miser and U.S. Supreme Court Justice Antonin Scalia could be an opportunity for the rebirth of a court more inclined to uphold environmental laws and regulations. But one of the people reported to be toward the top of President Obama’s short list of potential nominees, Sri Srinivasan, has a record that worries many green activists.

Since 2013, Srinivasan has served as a circuit judge on the U.S. Court of Appeals in Washington, D.C., but before that he worked in the private sector on behalf of some controversial clients. The most infamous was Jeffrey Skilling, former CEO of Enron, a company that topped the country’s most hated lists in the early 2000s. Also on those yearly hate lists? ExxonMobil, coincidentally another company Srinivasan has represented.

In 2001, a group of 11 Indonesian villagers went up against the world’s largest publicly traded oil company, filing a lawsuit in U.S. federal court alleging that ExxonMobil had been complicit in human rights abuses against Indonesians. The villagers claimed that Exxon hired members of the Indonesian military to guard its natural gas extraction facility on the island of Sumatra, and that those guards murdered, tortured, and raped people in nearby communities. At the helm of Exxon’s defense was Srinivasan, arguing that corporations aren’t liable in U.S. courts for human rights abuses committed abroad, and that the case should therefore be thrown out.

A similar case in which Srinivasan defended the mining company Rio Tinto from human rights abuse allegations is another red flag for environmentalists.

Given his participation in these cases, environmentalists and human-right advocates have criticized Srinivasan in the past. In 2013, Marco Simons, the legal director of the nonprofit EarthRights International, wrote a letter to the U.S. Senate raising serious questions about Srinivasan’s nomination to the U.S. Court of Appeals. It read:

Mr. Srinivasan built a practice around defending powerful multinational companies against allegations of human rights abuses such as war crimes, torture, and summary execution. He has been one of the principal architects of a legal strategy intended to secure special exemptions for corporations from liability for serious abuses, and which seeks to undermine an important mechanism to enforce international human rights law.

But since joining the D.C. appeals court, Srinivasan has voted to uphold a number of environmental protections, Politico reports.

Maybe that’s why the environmental community has not come out hard against him—not yet, at least. Some activists have been critical, Politico notes, but representatives from a number of green groups decided during a conference call this week to examine Srinivasan’s record further before deciding whether to support or oppose him if he’s nominated.

“Srinivasan’s private sector work, like defending ExxonMobil against allegations of torture and war crimes, is deeply disturbing, to say the least, but in his more recent career on the D.C. circuit he’s shown himself to be a fair and impartial judge,” Jamie Henn, co-founder of the climate-focused campaign 350.org, told Grist. “If he is nominated, the Senate will need to ask some hard-hitting questions about his current beliefs on corporate liability, human rights law, and how he’d handle future cases against Exxon and other fossil fuel companies.”

The debate is academic anyway, because in all likelihood, the Republican-controlled Senate won’t confirm anyone Obama nominates. Scalia’s spot on the Supreme Court is almost sure to remain empty until a new president takes office next year. If that president turns out to be one of the various climate change skeptics running for the GOP nomination, the new Supreme Court justice would surely be much, much worse for the environment than Srinivasan. If either of the current Republican frontrunners, Ted Cruz and Donald Trump, makes it to the Oval Office, getting a justice who even believes that climate change is a problem would be about as likely getting as a justice who is a pig and can fly.