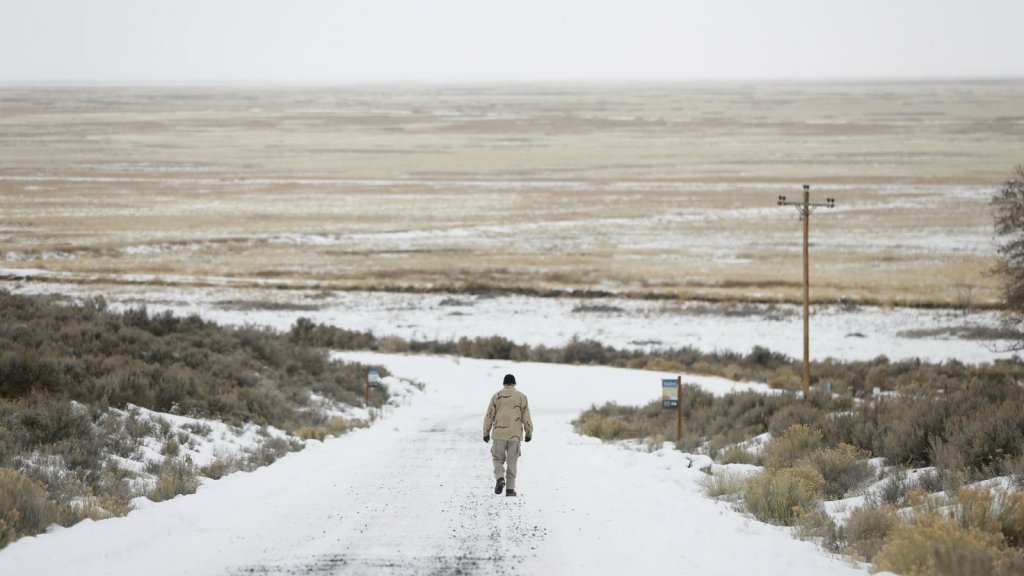 In reading about the angry armed men occupying some buildings at Oregon’s Malheur National Wildlife Refuge, I found myself struggling to understand their rationale for action. I mean, I understood they were upset by the mandatory five-year prison sentence imposed on the Hammonds (and rightly so). But what was all this talk about the government taking away land? That seems to be the deeper injury.

As Grist’s Katie Herzog succinctly put it, “The militia occupation ongoing in Oregon is really about who gets to use public land: ranchers or you.” The “public” in public land makes that seem like a no-brainer — and plenty of writers have suggested the militants are just crazy, or stupid.

Now, there are lots of right-wingers prone to believing crazy things (take Jade Helm). But I’ve found it’s perilous and sloppy to assume that conservative farmers and ranchers are simply irrational. After poking around a bit, I’ve found a few things that are worth understanding about the larger quarrels among ranchers, environmentalists, and the Bureau of Land Management.

It’s always been hard work being a rancher, but these days it’s even harder to make it. In this age of high-efficiency farming, it’s kind of amazing that almost every pound of beef (more than 90 percent) produced in America starts out as cattle on rangeland, tended by cowboys (how anachronistic does the word “cowboy” sound?). And the cattle stay there until the last four months of life. Making a living running cattle on the open range is just slightly easier than making a living as a steam engine repairman. This financial planning guide for Utah cow-calf operations pegs the typical take-home pay (for a hypothetical cowboy with 200 cows) at $30,000. The majority of ranchers with between 50 and 200 head of cattle get most of their income from a second job.

As the years have passed, ranchers have gotten squeezed by the big beef corporations and by environmental regulations. A lot of these ranchers depend on grazing allotments, which are basically permits that allow them to use federally owned land as pastures. Back in the late 19th century, America determined that cattle production was the best use of these lands. But that’s changing. As more and more wilderness is developed, we’ve begun to value the land that remains relatively wild. These days I’d bet that most Americans are more interested in protecting landscapes and wildlife than they are in protecting the American cowboy. In some places, it’s simply unsustainable to protect endangered species and graze cattle at the same time.

All this means that if you are part of a family that has depended on public land grazing allotments for generations, then federal restrictions really could be the end of the ranch. I think this is what Ammon Bundy is getting at when he talks about the government pushing “people into poverty.”

Still: Achieving public goals always involves tradeoffs. And in a capitalist world, no one’s job is secure. Should we have preserved steam power at the behest of the steam engine repairmen? If ranchers can’t abide by environmental standards for the privilege of using public lands, they will lose that privilege.

Grazing allotments act like private property in some ways

Most importantly, allotments are attached to private land called “base properties.” Buy the base property and the grazing allotment comes with it (basically — it can get much more complicated than that). That makes these base properties a lot more expensive than they would be otherwise, said Shawn Regan, who has spent a lot of time studying this issue as a research fellow at the Property & Environment Research Center, a free-market-oriented environmental think tank.

“So, while it’s true that ranchers pay absurdly low grazing fees …,” Regan wrote in an email, “they pay for the grazing permit as part of the value of the ranch.”

Put all this together and you can see how ranchers end up in the situation where their ability to make loan payments depends on their grazing allotment.

“All this goes a long way, I think, to helping explain why these issues are so contentious out West,” Regan wrote. “When a rancher’s grazing permit is reduced, or his ability to graze livestock on public lands is somehow otherwise restricted, it often implies a significant loss in his base property’s value. In many parts of the West, base properties are just 160 acres or so, while the associated grazing permits can be hundreds of thousands of acres.”

Among conservative people who work on the land in the Western U.S., I’d suspect there’s a lot of sympathy for the working man over the environment. But almost no one supports the Malheur occupation. When the Harney County sheriff asked locals at a community meeting if they wanted the militants to go home, nearly every hand went up. Most of the militias that the group has called upon for support don’t approve of the tactics. When we talked, Regan wanted to make it clear: “We’re not defending these lunatics,” he said.

And while we can all probably feel some sympathy for the urge to hold on to a close-to-the-land way of life, other forces fueling this uprising are far less understandable. Yes, part of this is about changing economics, and changing public ideas about the value of wilderness versus working lands. But the militia movement  is also all tangled up in white-power ideology. There’s no reasoning with that — or with the outlandish constitutional arguments the Malheur squatters make.

Finally, I have no doubt that environmental regulation has made life harder for ranchers, but these regulations are also a scapegoat. If environmentalists and the federal government just went away, the West wouldn’t turn into cowboy Eden: The last time that happened, the land turned into a dustbowl instead.

For all their bumbling, the Malheur crew has succeeded in getting the country to pay attention to them. For the most part, they’re wasting the opportunity to explain their issues. That’s too bad: It would be better for everyone if we could figure out where there’s some shred of legitimacy in their grievances. For example, Regan thinks that in those places where ranching is becoming unsustainable, we should recognize that ranchers have paid for their grazing allotments in one form or another, and offer to buy it from them so that the land could function as wilderness. That’s worked pretty well in places.

We can see a similar dynamic if we look at coal miners in England or Kentucky, cod fishers in Massachusetts, or farmers in increasingly arid California. Sooner or later, the world changes. Sooner or later, people find different ways of making a living. Sometimes these transformations require a knockdown, drag-out fight, but sometimes people just get a better offer.