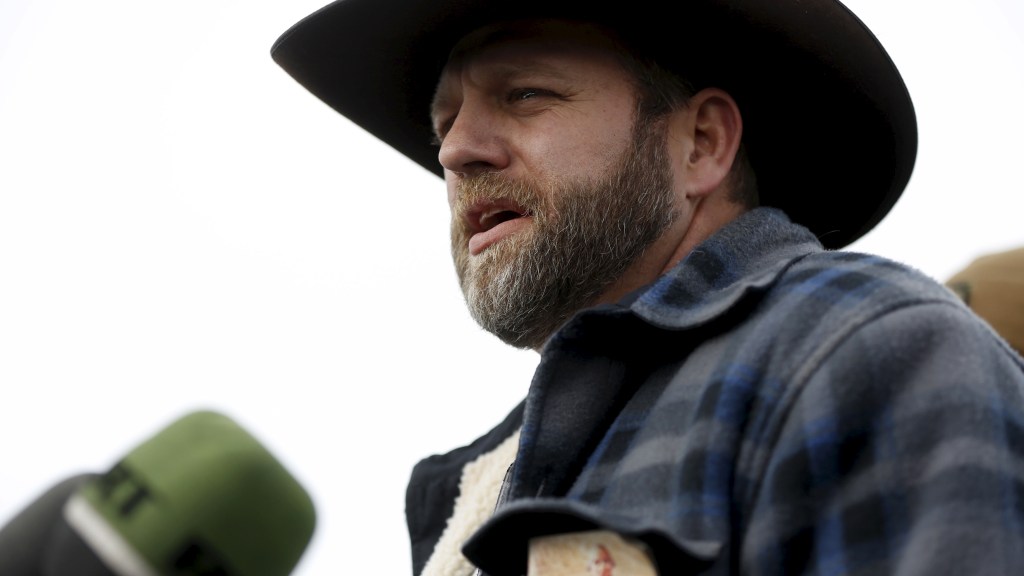 The militia occupation ongoing in Oregon is really about who gets to use public land: ranchers or you.

Here’s the story, in case you haven’t been tracking: Armed militia members calling themselves Citizens for Constitutional Freedom broke into a visitors’ center in the Malheur National Wildlife Refuge in rural Oregon on Saturday, where they plan to remain indefinitely. The group — who number between 15 and 150, depending on who you believe — are protesting the conviction and sentencing of two Oregon ranchers on charges of arson, as well as the fact that the federal government won’t let them do whatever they want on federal land.

The convicted ranchers, Dwight Hammond Jr. and his son Steven, were charged with setting a 2001 fire that consumed 139 acres of public land in Oregon. Prosecutors allege that the Hammonds were attempting to cover up evidence from an illegal deer hunt on federal property overseen by the Bureau of Land Management (BLM). “After committing the arson,” according to the Department of Justice, “Steven Hammond called the BLM office in Burns, Oregon and claimed the fire was started on Hammond property to burn off invasive species and had inadvertently burned onto public lands.” The jury didn’t buy the Hammonds’ story, and they were sentenced to five years in prison based on federal sentencing minimums, set to begin Jan. 5.

It was this sentence that inspired the militia occupation, but the bigger issue is a dispute over who has the right to use public land. Malheur National Wildlife Refuge was created in 1908 as a sanctuary for migrating birds and other species, but the Hammond family maintains that it has a right to graze its cattle there. In 1994, Dwight and Steven Hammond were arrested after interfering with officials building a fence to prevent the Hammonds’ cattle from wandering onto the refuge.

Though the Hammonds’ plight inspired the militiamen to converge on the refuge, the Hammonds’ attorney now says the militiamen do not represent the family. The armed group is led by Ammon and Randy Bundy, part of a notoriously anti-government clan of Nevada ranchers. In 2014, their father Cliven Bundy stood off against the BLM in an armed protest after his cattle were seized because of non-payment of over a million dollars in fees he owed the government for grazing his herd on public land. These fees have yet to be collected.

“It’s the people’s facility — owned by the people,” Ammon Bundy told KTVZ News of the wildlife refuge visitors’ center. “And it has been provided for us to be able to come together and unite in making a hard stand against this overreach — this taking of the people’s land and resources.”

Bundy is correct about one thing: It is the people’s land. What it is not, however, is the Bundys’ or the Hammonds’ land. The refuge is funded by tax dollars and owned by all the American people, not just a few ranching families, and most American people don’t want a bunch of crazed ranchers with automatic rifles squatting on it. Thousands of Americans visit the refuge each year to see wildlife, bringing almost $2 million into the local economy annually. But now the refuge is closed while the crazies are holed up in the visitors’ center polishing their guns and updating their Facebook pages.

The big irony here is that, although the militia seems to see any form of government regulation as “overreach,” many of the ranchers directly benefit from federal handouts. Ranchers who graze their cattle on federal land pay only $1.69 per month for each cow and calf, whereas the going rate on private land in Oregon is $17. These subsidies cost taxpayers $12 billion each decade, according to the Western Watersheds Project, which also says that, beyond the financial cost, ranching is “a leading cause of soil loss, species endangerment, invasive species infestations, and predator killing.”

And that’s not the only kind of federal welfare the Bundys have gotten. Ammon Bundy received $530,000 through a Small Business Administration loan guarantee program in 2010, which, Mother Jones reports, cost taxpayers an estimated $22,419.

The federal government has yet to do anything about the standoff in Oregon, although they are working with state and local officials and have stated a desire to resolve the situation in “peaceful” manner. (As many others have already noted, it’s unlikely a group of Black Lives Matter activists or Muslim protestors would be treated peacefully if they seized a piece of federal property, whether they were armed or not.)

While the militiamen claim to represent the local rural community, many residents of the surrounding area are less than supportive of the standoff — if not a little embarrassed. “There’s plenty here in our community that are intelligent enough that we can think and decide for ourselves,” rancher Gary Marshall told Oregon Public Broadcasting, pointing out that over half of county residents are employed by the government. “A lot of the people who work at the BLM are of families of the community,” he said. “It’s not in any way a ‘them against us’ kind of a scenario here.”

Unless, it seems, you’re a Bundy.