Pope Francis warns that environmental destruction could wipe out humanity 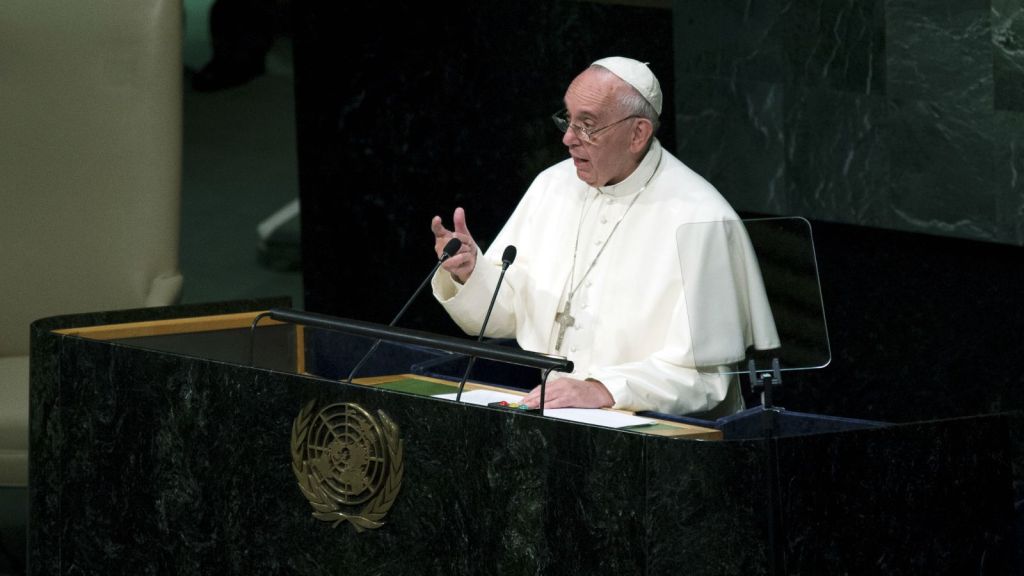 Pope Francis warns that environmental destruction could wipe out humanity

Pope Francis issued a stark warning to the United Nations on Friday morning, telling world leaders assembled for the General Assembly that “large-scale destruction of biodiversity can threaten the very existence of the human species.” His speech urged leaders to tackle the unfettered capitalism that he believes is the root cause of environmental destruction, and outlined a religious duty to protect the planet. He also declared a “right of the environment” alongside other fundamental rights like education, work, and religious freedom.

“The ecological crisis, and the large-scale destruction of biodiversity, can threaten the very existence of the human species,” he told the General Assembly. “The baneful consequences of an irresponsible mismanagement of the global economy, guided only by ambition for wealth and power, must serve as a summons to a forthright reflection on man.”

Francis went on to commend the United Nations for its sustainability efforts, calling the upcoming summit an “important sign of hope” for climate action. Every speech the pope has made so far in the United States has touched in some way on taking action to protect the planet.

The leader of the Catholic Church also touched upon the church’s stance on “moral laws” on issues such as abortion, saying that “absolute respect for life in all its stages” was part and parcel of the moral fight against inequality.

Francis’ address on Friday marks the fifth time a pope has spoken before the General Assembly. For the remainder of his stay in New York, the pope is scheduled to visit the 9/11 Memorial and tour Central Park in his motorcade.