RBG's death leaves a climate-shaped hole in the Supreme Court 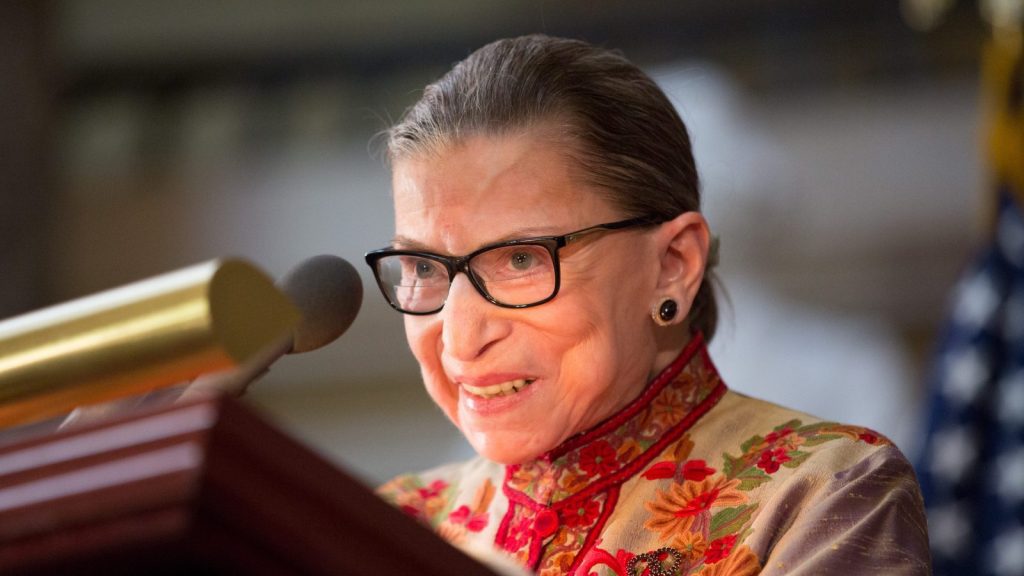 Ruth Bader Ginsburg is best known for championing equality between the sexes. But the liberal justice, who died on Friday at the age of 87, also leaves a clear environmental legacy behind.

Appointed to the Supreme Court by Bill Clinton in 1993, Ginsburg often ruled in favor of stronger environmental protections. For many years, she was the closest thing the Supreme Court had to a climate hawk, especially compared to some of her fellow justices, like Republican appointees Clarence Thomas and Samuel Alito. Her many votes in favor of stricter environmental protections were a boon to green groups and blue states.

Over her 27 years on the high court, a few of her most meaningful legal contributions were related to the greenhouse gas emissions fuel climate change — specifically, who between states, private companies, and the federal government, was responsible for regulating them. Looking at several opinions, Ginsburg seemed to have a clear point of view.

A major component of Barack Obama’s climate legacy was predicated on a 2007 Supreme Court decision where the court affirmed that the Clean Air Act gives the Environmental Protection Agency authority to regulate emissions from vehicle tailpipes. Massachusetts v. EPA was the high court’s first-ever ruling on climate change, and Ginsburg was a member of the five-justice majority that ruled in favor of Massachusetts. The state, alongside several others, had petitioned the EPA to regulate emissions, specifically, from new motor vehicles. Two years later, Obama introduced the first federal regulation for CO2 emissions from cars and trucks.

In 2011, she authored the majority ruling that re-confirmed the EPA’s jurisdiction over greenhouse gas emissions. In American Electric Power Co. Inc, v. Connecticut, eight states alleged that four utility companies were a public nuisance because their CO2 emissions contributed to climate change. The companies argued that the EPA should be in charge of setting emissions standards, not states. The court unanimously agreed that regulations on carbon emissions should be determined by the EPA by way of the Clean Air Act.

The ruling was a disappointment to the eight states that hoped to rein in power companies’ emissions, but environmentalists cheered the bigger picture: The court was confirming that dealing with emissions is a job for the federal government and not an issue where states could pick or choose whether they defended the health of their constituents. “The Supreme Court strongly underscored EPA’s responsibility under the law to address climate pollution that threatens the health and well-being of our nation,” Fred Krupp, president of the Environmental Defense Fund, said at the time.

President Obama would later use momentum from that decision to issue new rules for emissions from power plants in 2015.

In 2014, Ginsburg wrote the majority opinion in a case that gave the EPA authority to regulate pollution from coal-fired power plants that blew over state lines. The ruling revived a 2011 EPA rule known as the Cross-State Air Pollution Rule and compelled 28 states to start reducing their emissions. That regulation helped spur a movement to shutter some of the country’s worst power plants.

In sum, Ginsburg’s views suggest that she believed the responsibility sits with the federal government — via the Environmental Protection Agency — to “protect human health and the environment,” as the agency’s mission states. In the past three and a half years, however, the EPA has appeared to shirk that responsibility, rolling back Obama-era fuel efficiency standards for cars, replacing the Clean Power Plan with a weaker proposal, and reversing methane emissions rules for oil and gas fields.

Ginsburg’s death now leaves a vacancy on the high court — one that could be filled by someone who does not interpret environmental law in the same way. A Supreme Court that wrests the mandate to curb emissions away from the federal government and hands it to states could end up creating a patchwork of environmental regulations that vary wildly from throughout the U.S. And that would stand in contrast to the equality for which their predecessor was known.