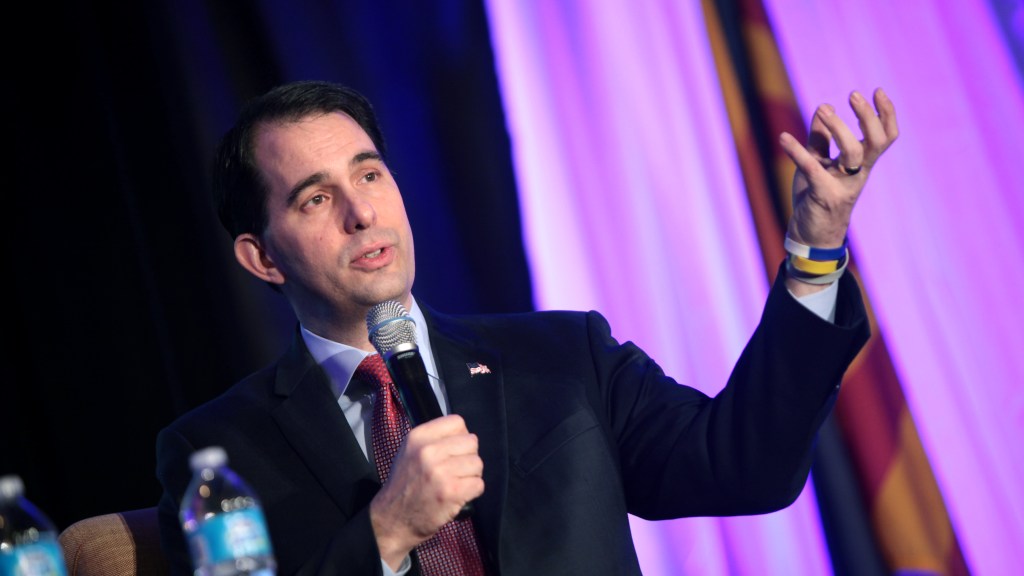 Wisconsin, which has been in the news this week for voting to bar staff of the state public lands board from talking about climate change, is getting a new state official who is skeptical of human contribution to climate change.

“I believe that humans can have an impact to climate change, but I don’t think it’s anywhere near the level of impact of just the natural progression of our planet,” Huebsch said, according to the Wisconsin Radio Network. “You know, the elimination of essentially every automobile would be offset by one volcano exploding. You have to recognize the multiple factors that go into climate change.”

Scientists have studied this issue fairly extensively, and concluded that emissions generated by human activity — specifically, the burning of fossil fuels — far surpass volcanoes when it comes to warming the planet. Human activities generate about 35 gigatons of greenhouse gases per year, according to the U.S. Geological Survey, while all the world’s volcanoes combined spew something in the range of 0.13 to 0.44 gigatons per year. That means the human influence on the amount of greenhouse gases in the atmosphere is 80 to 270 times greater than that of volcanoes.

Huebsch, who previously served as the secretary of the Department of Administration under Walker, made the remark in a hearing of the Senate Natural Resources and Energy Committee. During the hearing, he also questioned whether the state needs its renewable portfolio standard, which currently requires the state to draw 10 percent of its power from renewable sources.

“I’m not certain that policy is necessarily required in a law,” Huebsch said, according to the radio network. “Everybody recognizes the value of making sure that we have renewables available to us in a cost-effective way, and doing it in a way that’s going to maintain the grid and the infrastructure available for everyone.”

The Walker administration has been generally hostile to action on cutting emissions. Walker signed the Americans for Prosperity “No Climate Tax” pledge, and this week his administration joined a lawsuit against the Environmental Protection Agency to block new regulations on greenhouse gas emissions from power plants.

Walker critics say the appointment of someone who thinks volcanoes are causing climate change to the Public Service Commission is just another part of the likely 2016 presidential contender’s assault on environmental regulations.

“It’s not just that Gov. Walker opposes responsible action to try to slow the pace of global climate change and avoid its disastrous consequences if left unchecked,” Mike Browne, deputy director of the progressive group One Wisconsin Now, told The Huffington Post, “He’s also willing to put his cronies with similar science-denying views in charge of regulating an industry central to efforts to stem climate change.”