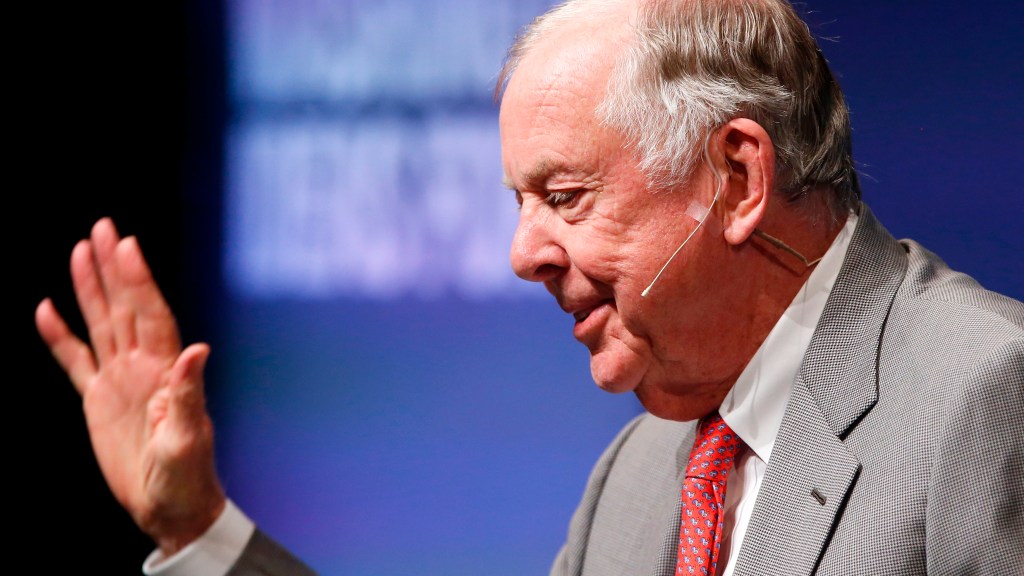 T. Boone Pickens has given up.

After penning a blog post last year indicating sympathy for the #NeverTrump cause, the billionaire oilman has abruptly reversed course and endorsed Donald Trump for president.

“We’ve turned our presidential selection process into a reality TV show,” Pickens lamented in that post in 2015. “Hell, it’s worse than reality TV. Why? Because this reality TV show is about selecting the leader of the Free World.”

But now, it seems, Boone has come to terms with the idea a reality TV star in the Oval Office, as ThinkProgress reports.

“Yes, I’m for Donald Trump,” Pickens said at a conference in Las Vegas this week. “I’m tired of having politicians as president of the U.S. Let’s try something different.”

Trump certainly is “different.” In addition to his famed plan to build along the U.S.-Mexico border, the real estate mogul has called for banning Muslims from entering the U.S. and has repeatedly said that climate change is a hoax created by the Chinese.

If only the rest of us were so lucky.