The ExxonMobil refinery that exploded in L.A. last year is up and running again 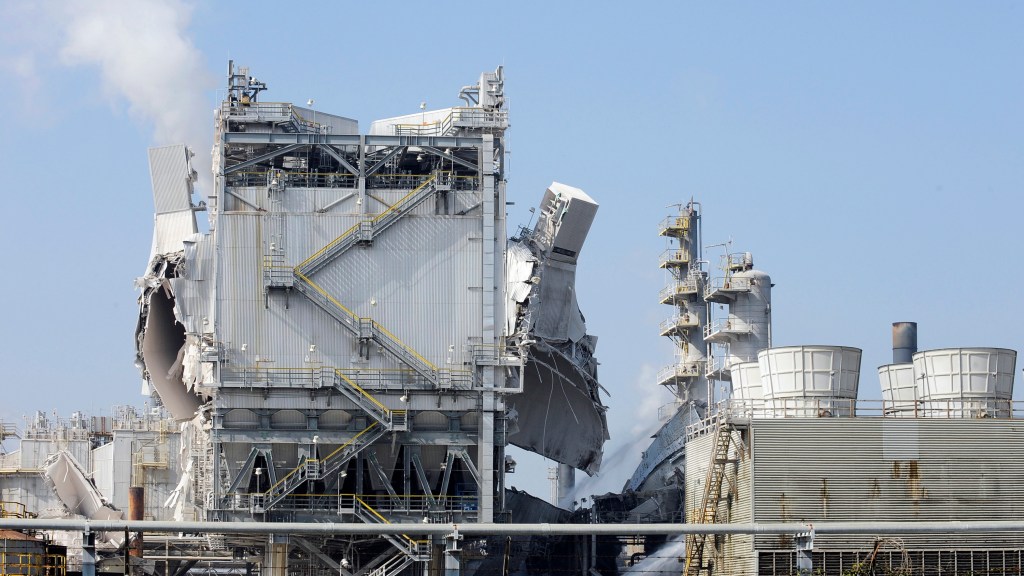 The ExxonMobil refinery that exploded in L.A. last year is up and running again

A Los Angeles-area ExxonMobil refinery restarted this week, a little more than a year after it exploded in a blast so powerful that its impact measured 1.7 on the Richter scale, injured four workers, and created a rain of chemical ash.

Just a day after reopening, the refinery began flaring Wednesday evening, raising worries among residents of Torrance, Calif. CBS News reported that the fire department called the flares a “safe, normal part of [the] restart process.” That process included shutting off pollution-controlling technology for several hours on Monday evening, allowing the refinery to pollute the air with an extra 600 pounds of particulate matter.

Sitting a few blocks from elementary, middle, and high schools, the Torrance refinery spewed an estimated 500 pounds of sulfur oxides when it exploded last February. Such a blast should have triggered the fire department’s warning siren, although officials said it failed to do so. The warning system would have alerted local residents to stay indoors, no matter where they were at the time (the PDF explaining the warning system has been removed from ExxonMobil’s website, but we’ve made it available here). After last year’s explosion, nearby schools were placed on lockdown, panicking parents who wanted to pull their children out of emergency shelters to take them home.

As I recently wrote, the Southern California Air Quality Management District successfully shuffled pro-business Republicans onto the board in March. One month later, the board allowed the Torrance refinery to restart operations.

The supposed protector of the region’s clean air now supports one of its biggest polluters in recent memory? That didn’t take very long.