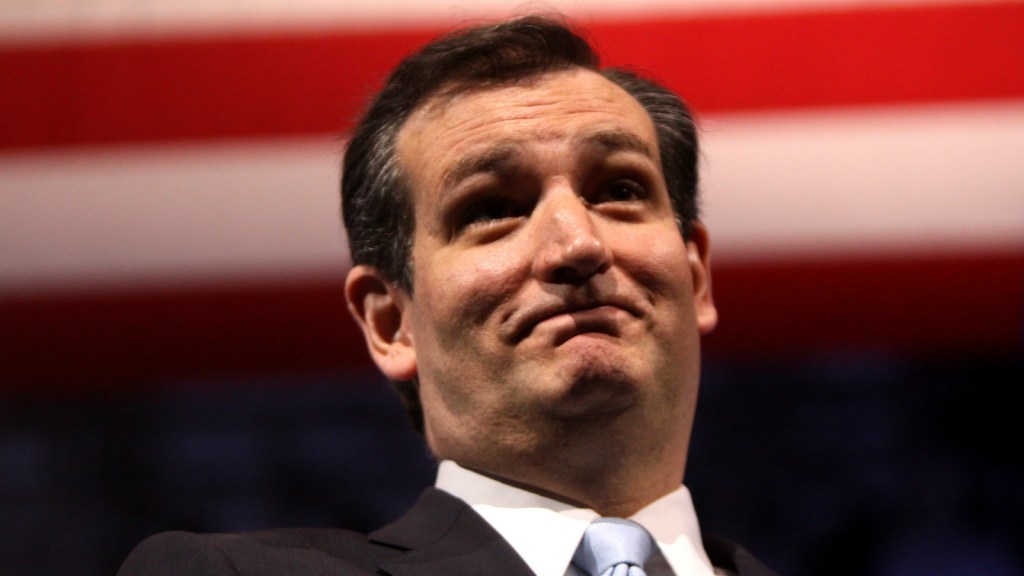 At the California Republican Party Convention on Saturday, Republican presidential candidate Ted Cruz blamed the state’s economic and water woes on a tiny fish known as the Delta smelt.

In recent years, the endangered Delta smelt has come to symbolize the division between California’s conservatives and conservationists. Federal protections under the Endangered Species Act require that humans not take every last drop of the water from the smelt’s ecosystem for our own uses. This not only protects the smelt, but the entire Sacramento-San Joaquin Delta, one of the state’s largest wildlife habitats. And naturally, that enrages conservatives like Cruz, who would prefer to divert water for agriculture and other uses in California’s Central Valley.

“I’m sure it will drive our friends in the media crazy when I observe that in my experience, three-inch fish go great with cheese and crackers,” Cruz said in an apparent attempt at a joke. “But as a result of those policies, 1.4 trillion gallons of fresh water could provide for over 6 million Californians for six years. Over 17,000 farm jobs have been lost. Migrant farm workers, Hispanic workers have been thrown out of work because of the misguided regulations.”

But this fight is about more than the fish: It’s about rhetoric. Rather than blame California’s historic drought on climate change and low snowpack, conservatives like Cruz — a noted climate change denier — blame environmental regulations like those protecting the Delta smelt.

Conservationists disagree. The Delta smelt “isn’t responsible for the California drought,” Peter H. Gleick, MacArthur Fellow and president of the global water think tank Pacific Institute, told Grist in an email. “It isn’t the reason that some Central Valley farms can’t have all the water they want. It is one of a growing number of endangered fish, birds, and plants threatened with absolute extinction because of the way we currently run our water system.”

Cruz, apparently, isn’t alone in preferring his Delta smelt atop cheese and crackers. Earlier in the day, his running mate Carly Fiorina told delegates at the same GOP convention that protections for the fish were the result of “tyranny of the left, the tyranny of environmentalists.” She did not, sadly, break into song.

You can watch Cruz’s statement below — but trigger warning for Ted Cruz’s voice, Ted Cruz’s face, and Ted Cruz’s jokes.