Texas doesn't give a damn about your reproductive rights 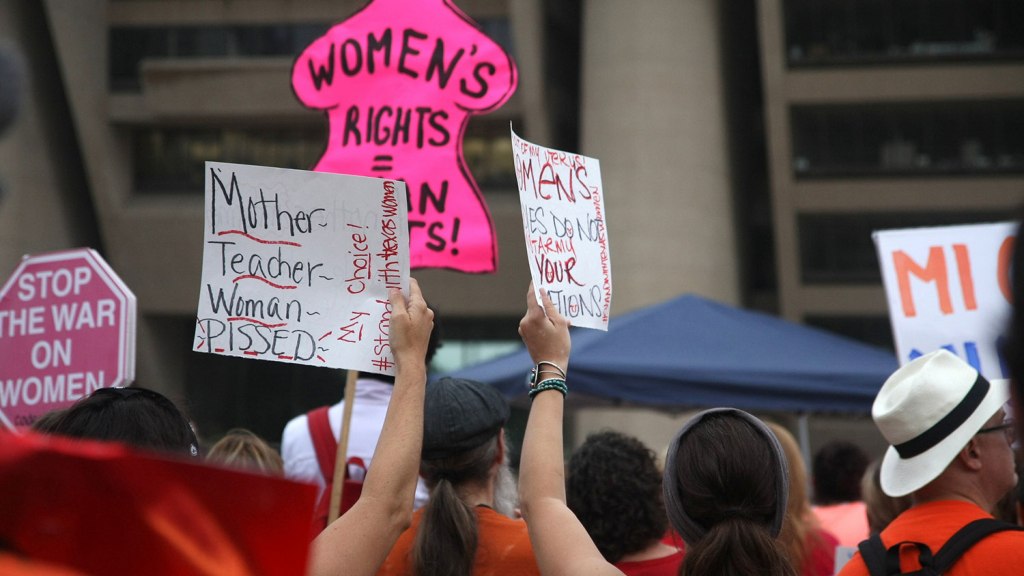 Texas doesn’t give a damn about your reproductive rights

Hello! We’re here with your daily reminder that reproductive rights remain regularly challenged here in the United States, which we often mistakenly consider one of the most advanced countries in the world. And also that, as a country made up of very different states that are each uniquely weird and awful in their own ways, the experience of trying to get reproductive healthcare as a woman in America is wildly variable.

Which brings us to Texas. To start: Allow me say that it’s so easy to shit on Texas that I just refuse to engage in it on principle. Fine — it’s the state that brought us both the Bushes and Ashlee Simpson. But it’s also home to many people who are forced to live with its terrible policies without having any say in them, so I’m not going to insult them by lumping them in with a bunch of old crotchety dunderheads in Austin.

A recent study from the Texas Policy Evaluation Project at the University of Texas at Austin found that 55 percent of women surveyed across the state encountered some sort of barrier to accessing reproductive healthcare. That’s the majority of women in one of the most populous states in the country.

From the Texas Tribune:

Affordability, insurance issues and a lack of nearby providers were among the top barriers women reported facing between 2011 and 2014, according to the study, which included 779 women between the ages of 18 and 49. And young, low-income women with less education — particularly Spanish-speaking Hispanic women who were born in Mexico — faced the most barriers to reproductive services.

And today, as a cherry on top of the Hell Sundae that is the Texas woman’s experience of trying to exercise her reproductive rights, a bill that would restrict minors’ and immigrants’ access to abortions will be put to the vote in the Texas House of Representatives. This bill would further complicate and lengthen the already nightmarish process of attempting to get an abortion without parental consent.

“Quite literally, this would require some teenage girls to be beaten before they can obtain an abortion,” [Susan] Hays [legal director for Jane’s Due Process] says.

The bill also requires the provision of a government ID to obtain an abortion.

Let’s all take a moment for Texas, and allow Tami Taylor* to comfort us with her marvelous voice, magical hair, and monumental wisdom:

*Connie Britton, the actress who played Tami Taylor on Friday Night Lights, is an outspoken supporter of reproductive rights in Texas.