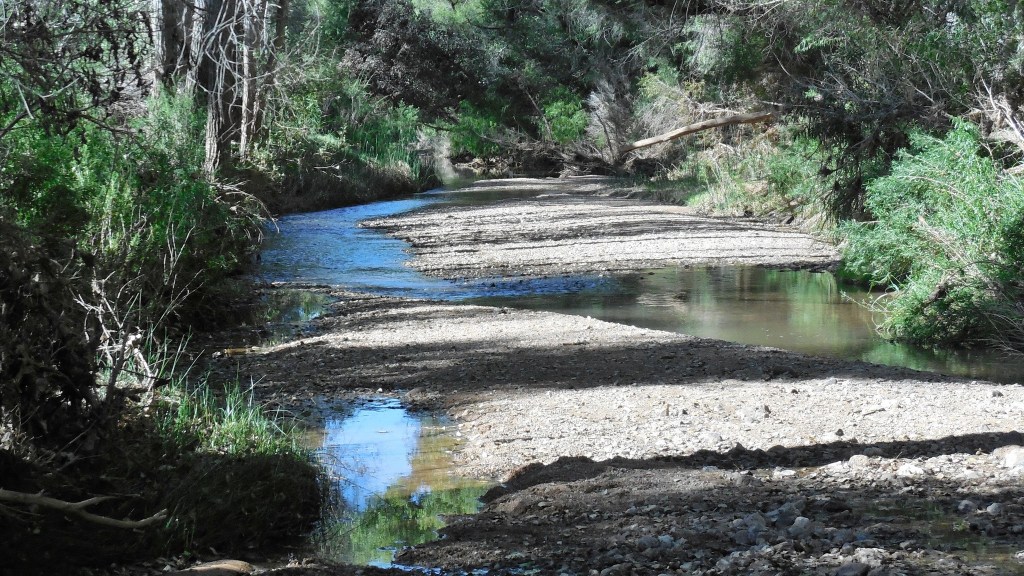 For years, the U.S. Environmental Protection Agency has been frustrated in its efforts to pursue hundreds of cases of water pollution — repeatedly tied up in legal fights about exactly what bodies of water it has the authority to monitor and protect. Efforts in Congress to clarify the EPA’s powers have been defeated. And two Supreme Court decisions have done little to decide the question.

Most recently, in April, the EPA itself declared what waters were subject to its oversight — developing a joint rule with the U.S. Army Corps of Engineers that sought to end the debate and empower the EPA to press hundreds of enforcements actions against alleged polluters across the country.

The new rule, for instance, explicitly defines several terms — tributary, floodplain, and wetland — and makes clear that those waters are subject to its authority.

But the EPA’s effort has been met with immense opposition from farmers who say the agency is overreaching. An expansive online campaign organized and financed by the American Farm Bureau Federation has asserted that the new rule will give the EPA jurisdiction over farmers’ irrigation ditches, watering ponds, and even puddles of rain.

The American Farm Bureau Federation’s president, Bob Stallman, said the proposed rule was the “the biggest federal land grab –in terms of power over land use — that we’ve seen to date.”

In an effort to address the concerns of farmers, EPA Administrator Gina McCarthy in recent weeks has been touring states in the Midwest.

“There are issues we need to discuss and clarify to get this rule right,” she said. “We have important work to do. All the silly contentions being brought up — that we intend to regulate dry ground or stock ponds or mud puddles after a rain — all that does is get in the way of our being able to have those serious discussions.”

The Clean Water Act of 1972 authorized the EPA to protect the “waters of the United States” from dangerous and or illegal pollution. But that term has been the subject of controversy and dispute virtually from the time the act was signed into law. Regulators and industry representatives are generally in agreement that the law applies to some of the nation’s larger rivers. At issue, however, are the streams that flow intermittently and the wetlands adjacent to these streams that dry up during the summer.

Legal fights over those streams and wetlands, current and former EPA officials say, have cost the agency time, money, and effectiveness in the face of real environmental threats. Indeed, in recent years the EPA has allowed hundreds of cases of water pollution to go unpunished because it currently lacks the confidence that it can prevail in court.

Granta Nakayama, who served as the assistant administrator for the Office of Enforcement and Compliance Assurance at the EPA until 2009, found that between July 2006 and March 2008 the agency had decided not to pursue formal enforcement in 304 cases because of jurisdictional uncertainty.

In 2008, in an internal memo, Nakayama wrote that the uncertainty “results in delays in enforcement and increases the resources needed to bring enforcement cases.”

And so in 2007, when an oil company discharged thousands of gallons of crude oil into Edwards Creek in Titus County, Texas, the EPA did not issue a fine, pursue legal action or even require clean up. Similarly, after a farming operation dumped manure into tributaries that fed Lake Blackshear in Georgia, the EPA did not seek to hold the polluting company responsible — despite the fact that tests showed unsafe levels of bacteria and viruses in the lake, which was regularly used for waterskiing and other recreation.

The EPA expects that improving efficiency in jurisdictional determinations will also save the businesses that they regulate time and money.

“Protecting water is important to the long-term health of the economy,” the EPA spokesperson said. “Streams and wetlands are economic drivers because of their role in fishing, hunting, agriculture, recreation, energy, and manufacturing.”

Two Supreme Court decisions in the last 15 years have been the cause of much of the uncertainty.

In a 5-4 ruling in 2001, the Court held that the Army Corps of Engineers could not require permits for waters based on their use as a habitat by migratory birds. The Court ruling also included language that seemed to assert that only wetlands with a “significant nexus” to traditional navigable waterways would be protected under the Clean Water Act. The Court did not make clear the meaning of the term “significant nexus.”

And in 2006, the Court, asked to determine whether a wetland needed to be adjacent to a traditional navigable waterway in order to be protected, wound up split, and reached no majority decision.

By the EPA’s own estimates, 2 million stream miles outside of Alaska are regarded as “intermittent,” and 20 percent of roughly 110 million acres of wetlands are considered “isolated.” As a result of the inability of the government to clarify the EPA’s jurisdiction over the last 15 years, these water bodies are currently unprotected.

“At some level this is a very frustrating debate to be having because water is all connected at some level,” said Jon Devine, a senior attorney in the water program at the Natural Resources Defense Council. “What the Supreme Court’s decisions do is throw into significant doubt what is protected.”

As a result, in cases where a polluted waterway isn’t clearly under the EPA’s jurisdiction, the agency has sometimes spent thousands of dollars to model water flow and conduct studies to show that it is hydrologically connected to larger water bodies that are protected.

“It just causes an incredible waste of resources and rewards those who don’t really worry about compliance and punishes those who do,” said Nakayama, now an environmental lawyer at Kirkland & Ellis in Washington.

In past years, federal legislators have tried to introduce bills that address the ambiguity in the Clean Water Act’s language, but none have passed both the House and Senate.

In 2011, when Congress was considering a bill that made many of the changes that EPA’s current rule would, the American Farm Bureau Federation, as part of the Waters Advocacy Coalition, used a similar media strategy to kill the bill. The Coalition was made up of different industry groups that would be affected by the bill including mining associations and homebuilders.

The New York Times reported than an unnamed member of the Coalition said, “The game plan is to emphasize the scary possibilities. If you can get Glenn Beck to say that government storm troopers are going to invade your property, farmers in the Midwest will light up their congressmen’s switchboards.”

This time around, the pushback by farmers and others — called the “Ditch the Rule” campaign — has mainly taken place online. The Farm Bureau organization has created a separate website for the campaign and created shareable videos and infographics. The organization has also been effective in recruiting state farming associations to join the campaign. It has resulted in a blitz of social media posts and a steady stream of local coverage often favoring the farmers’ point of view.

“The campaign has energized our grassroots to participate,” said Don Parrish, senior director of regulatory relations at the American Farm Bureau Federation. Although the campaign does not have a large amount of money flowing into it, Parrish said it has really “struck a chord.”

Lisa Garcia, a former administrator of environmental justice at the EPA, said the effort by the federation is chiefly one of misinformation.

“The rule is not adding or expanding the scope of waters historically protected,” said Garcia, who is currently at Earthjustice, an environmental nonprofit organization. She said the opposition she has seen fits “this pattern of just completely fighting against any new regulation.”

Parrish disagrees. He said that the tensions that are playing out are because “the EPA is trying to create regulations that do an end run around the Supreme Court and Congress.”

“[The EPA is] really reaching into areas that Congress clearly didn’t want the EPA to regulate. They did not intend to put EPA in the land use business,” he said.

For more on the challenges facing the Clean Water Act, read our work on the water woes facing residents living close to gas drilling and our series on the BP oil spill disaster.