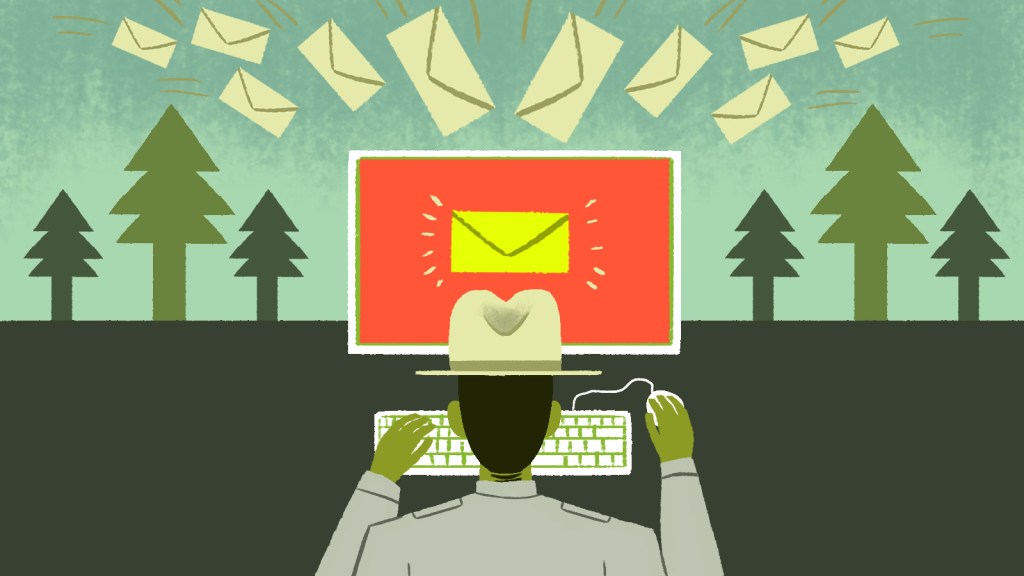 On a beautiful summer afternoon recently, a handful of people across America decided it was high time to make their feelings known about the Obama administration’s most significant response yet to climate change — the EPA’s Clean Power Plan. Here is what they wrote:

“I am thrilled that the EPA is tackling this issue … Stand firm against the inevitable backlash – countless lives (our own descendants!) are quite literally at stake.” — Anonymous

“The EPAs proposed carbon reduction rule is a flawed rule based on hopes and dreams. … If these rules go through and we have 60000 megawatts of coal power closing in 2015, if another polar vortex hits us, there will be a lot more people die than what asthma will ever effect. Thousands of people will freeze to death.” — Anonymous

“Thanks EPA for making the new bold rules to limit the carbon emissions from power plants this is one step in the right direction hopefully more to come.” — Kenneth Weiss

“Dear EPA: Shut down the EPA and get government out of the way.” — Sincerely, Mr. David Robertson Sr.

Welcome to the most democratic, weird, and earnest corner of our federal government: the public comment system. On any day, you can go scrolling through Regulations.gov and offer up your learned (or completely unlearned) opinion on upcoming federal regulations.

Public comment is the place where the 400-page environmental analysis compiled by the Sierra Club sits next to the two-sentence statement typed in by a busy suburbanite. It’s also where the party is right now. That’s because, after the cap-and-trade bill crashed and burned, the Obama administration figured out that it simply wasn’t going to get any environmental legislation through Congress and pragmatically shifted its focus to the kind of work that didn’t need congressional approval — but does require public comment.

This kind of public comment is different from the comments that are delivered, in person, at public hearings. It involves no two-minute time limit, for one; it also levels that colossal American divide between those who have time and those who do not. I went to one of the public “listening sessions” that predated this public comment period, and the crowd there was pretty much the usual suspects of any meeting that allows public comment: People who are there because their company gave them the day off to come down there and talk (coal miners, coal plant workers, and representatives from environmental nonprofits), and a much smaller group of people who had figured out on their own how to take the time off and get there.

“It’s a leveler,” says Debbie Sease, national campaign director for the Sierra Club. “Yes, industry can generate a large number of comments, but it has always been a cheap and easy venue that large volumes of real people can engage in.” Sease began her career during the age when public comments were sent in by mail (a few still are, but not many). While some people wrote personal letters, nearly every advocacy organization mailed out pre-printed comment cards to supporters whenever a particularly critical issue came up. The sign of a successful campaign was the rolling out of wheelbarrows full of yet-to-be-delivered comment cards at a press conference — which the Sierra Club did when the Clinton administration tightened up regulations around soot and smog. “One thing that has changed,” Sease says, “is the volume and scale that it takes to make a difference.”

Robert Dow, a program analyst for the Forest Service, also remembers the days before public comment migrated to the internet. In those days, if a contentious environmental issue came up, the office would fill with hundreds and thousands of postcards. In the early years of the Roadless Rule, that rose to nearly a million. “We had form letters piled all along the highway, from 22 different organizations,” Dow says. “We would have been shut down by OSHA if they found out.”

Dow and his coworkers counted the preprinted letters from each organization. Those were the “master form letters” — they would make note of the message, and the number of people who sent it in. Next, they would read the form letters that had personal notes written in the margins — those were “form plus content.” Finally, they would read the “uniques” — the specific, individual letters. They broke down every every statement in those letters and assigned it a code. If people wrote in urging that a wilderness area be made accessible because they enjoyed hiking in it, that went in one category. If they said that they wanted that same trail closed because it was contributing to erosion, that was bundled into another category — and handed off to a hydrologist, who could double-check the science behind it. After the double-checking, the comments were summarized (what did people want, and how many people wanted it) and added to the report on the regulation. If something gets a lot of comments, that’s a warning of lawsuits looming on the horizon. (The litigation around the Roadless Rule was epic.)

These days, about 90 percent of the public comments that the forest service gets arrive as email — though a shift to web-based forms seems to be underway. The messages are read and coded the same way that the letters used to be, but now it’s easier to search through them and look for commonalities. Comments submitted over the web are loaded directly into the database but still read and cataloged by an actual person. “It gives you such a perspective on the whole public,” says Dow, about reading the letters. “When I joined the forest service I had kind of a bad attitude about off-road vehicles. But you read people’s letters about how this is a treasured family activity and they stay on the trails. 95 percent of them are very responsible, and they do get mad at the irresponsible ones.”

I was curious about the origin story of this system — where could something so earnest and elaborately fair (at least in theory) come from? I never got to the bottom of it. One clear ancestor is the National Environmental Policy Act, which was passed in 1976, and which required all federal agencies in the executive branch to prepare environmental assessments and environmental impact statements before making any — you know — environmental policy. An even earlier ancestor is the Administrative Procedure Act (APA) of 1946, which was the end product of a very long struggle over how those governmental agencies that had gained power under the New Deal could actually go about making rules and following through on them. Go read the introduction to the Attorney General’s Report on the APA, though, and you’ll find reference to public hearings about the APA, as well as “the Committee’s readiness to receive written communications,” so the process goes back even earlier.

It remains impossible to say how much sway public comments have, if any. A comment is not a vote, nor is it money. The best chance a public comment has to affect a regulation is in cases where there are a lot of different details to weigh in on. It also helps when the agency that is taking the comment hasn’t already decided what it’s going to do.

But public comments also can be — and are — used as a mobilizing tool. For the many, many people in this country who have more internet than they have free time, the public comment system is the virtual equivalent of going to a protest (another political activity whose impact can be hard to gauge).

In a case like the Clean Power Plan, organizations like the League of Conservation voters push their members to comment, because they worry that, without a barrage of comments, the agency in charge of regulating will use that as an excuse to weaken the standards. In a case like Keystone XL, the “unprecedented” 2.5 million comments that the pipeline received became a handy justification for delaying the pipeline further — there were so many comments that, the state department said, they needed to be “studied more closely.”

The horse race to watch is over at the FCC, where it seemed like net neutrality was a goner before a throng of commenters rallied by television host John Oliver crashed the FCC’s public comment section (the FCC maintains that the site crashed because of a DDOS attack) and have now written in with over 129,000 comments.

If the FCC changes its stance, that’s a good sign that your comments aren’t just being dutifully sorted and tagged in some D.C. office — what you write might actually be changing things.