The right-wing climate-denial machine is churning faster than ever 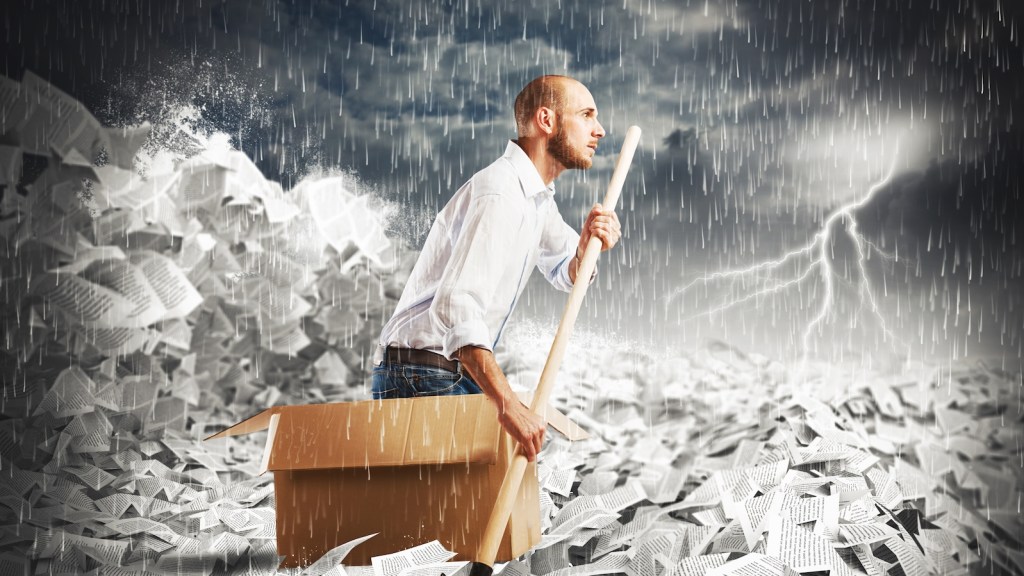 The right-wing climate-denial machine is churning faster than ever

In 2000, two sociologists at Washington State University, Aaron McCright and Riley Dunlap, examined all of the writing that conservative think tanks in the U.S. and Canada had published on the subject of climate change. The result of their labors — titled Challenging Global Warming as a Social Problem: An Analysis of the Conservative Movement’s Counter-Claims — was the first comprehensive look at how conservative think tanks were trying to shape the conversation on climate.

Now, in a new study, Constantine Boussalis and Travis G. Coan, political scientists at Trinity College Dublin and the University of Exeter, respectively, have set out to update that information. Sure, you worked hard to discredit climate science in the ’90s, conservative think tanks. But what have you done for us lately?

The conservative think tanks that are now a regular feature of our political scene mostly date back to the early ’70s — the result, so the story goes, of an influential memo written for the U.S. Chamber of Commerce by the corporate lawyer (and later Supreme Court justice) Lewis Powell. Powell argued that a trifecta of labor unions, civil rights groups, and media-savvy social reformers, presided over by “idol of millions” Ralph Nader, had gotten too much power over American media and intellectual life.

What business needed to do, Powell argued, was create its own army of baby anti-Naders — a network of public intellectuals and “highly qualified scholars.” That network grew into today’s conservative-intellectual industrial complex.

Still, McCright and Dunlap found that it was a slow build — think tanks on the right authored climate-change policy studies and press releases in the single digits until 1996, when the number shot up to 31. The next year, 1997, the number of publications was 166 — something that McCright and Dunlap suspect was part of a buildup to that year’s Congress of Parties on Climate Change (aka COP3) in Kyoto, Japan. The United States refused to ratify the Kyoto Protocol, the climate treaty that was hashed out from that meeting, though a grassroots campaign to do so continued for years afterward.

McCright and Dunlap’s survey ended 16 years ago. How has the work of conservative think tanks on this topic changed since then? Have they evolved, now that the scientific consensus is hard to ignore and the U.S. has experienced a whole lot of weird weather, from Hurricane Sandy to Snowpocalypse?

Not really, according to Boussalis and Coan. When the two went looking for climate change–related writing from conservative think tanks, they found 16,028 reports, interviews, op-eds, press releases, and scientific reviews from between 1998 and 2013 — nearly 40 times the number (224) that McCright and Dunlap found 16 years earlier (and that’s once you factor in that the earlier study covered just 7 years, and not 15).

Out of these three arguments, numbers 1 and 3 were the most common — 71 percent of the publications aimed to cast doubt on the scientific consensus on global warming, and 62.1 percent focused on the downside of actual action. Only 13.4 percent discussed any potential benefits of climate change.

Boussalis and Coan found that all of the above arguments were still alive and kicking, with a few additions. Among them:

In general, Boussalis and Coan conclude that, even while evidence continues to mount that climate change is a real thing caused by human action, the volume of propaganda declaring that it is not has been rising in parallel.

Boussalis and Coan have noticed an increased emphasis on science in the last five years — though a lot of this is driven by one prolific think tank called Co2Science, which produces a steady stream of scientific review articles (not to be confused with peer-reviewed articles). The next-most-prolific publisher, the Heartland Institute, got into trouble in 2012 after paying for billboards that equated believing in climate change with being the Unabomber. The bad publicity had some effect — Heartland canceled its annual climate change conference (informally known as Denialpalooza), but has since reinstated it.

As in the earlier study, the amount of climate change–related work generated by conservative think tanks fluctuates according to the amount of attention being paid to climate change in the country at large. The release of Al Gore’s An Inconvenient Truth in 2006 was one publishing peak, and so was the subsequent Nobel Prize given to both Gore and the IPCC in 2007.

While mainstream news publications are less likely to give weight to research or commentary on climate change generated by think tanks, that hasn’t stopped those institutions from cranking it out. Between 2000 and 2009, conservative think tanks generated, on average, 78 documents a month related to climate change; after 2009, that amount went up to 119.

Why the increase? For one thing, there are plenty of conservative publications that are happy to publish it. Another possibility is that even a privately funded think tank has to keep up with the times — as more people get their news online, the news cycle has accelerated for every media-generating operation, and that includes influence-peddlers.

The question remains: Does any of this actually work? If there are still 37 percent of Americans who believe that climate change isn’t happening, is that because of the tireless efforts of conservative think tanks? Or is it more that 37 percent just doesn’t care and are never going to care, and at this point, groups like the Heartland Institute are just collecting donor money for preaching to the choir (meaning, the 11 percent that is really firm in their disbelief)?

A study on the sociology of climate change published by the Public Library of Science (PLOS) in early 2015 found that the key to persuading people that climate change is real is familiarizing them with how overwhelming the scientific consensus behind it really is. Getting people to think scientists are more divided on the reality of climate change than they actually are was, and remains, a key piece of conservative strategy. Sure, it’s dishonest — but it seems to work quite well.