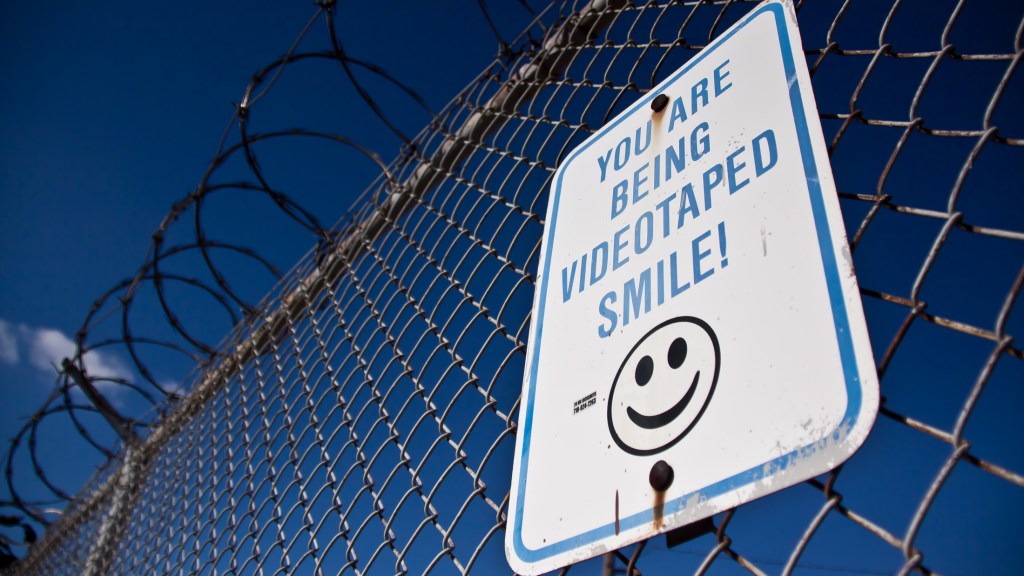 Back in the ’40s, my grandmother lost her scholarship to college after the school found out she had attended a meeting run by a communist organization. Whoever made the call that my grandmother was a communist rabblerouser no longer deserving educational subsidy was clearly acting on bad intel. It would be hard to think of a more terrible communist than my grandmother: She loved playing the stock market.

As someone who enjoys hanging out with both spooks and radicals, I leave a greater trail of troublemaking by proximity than the people who snooped on my nana could have ever dreamed of. Selfishly, I wonder, thehow does this affect me?  The epic growth of Homeland Security in the last decade has also led to a commensurate growth in people trained by federal intelligence agencies working for private intelligence firms. Wal-Mart’s internal security department, for example, is filled with former agents from the C.I.A., the Federal Bureau of Investigation, and other government agencies.

There’s a good deal of spying that you can do on a person before you move into the realm of illegality. It’s still perfectly legal to use a false identity — including fake ID cards and other documentation — to gather information, as long as your lie doesn’t net you certain kinds of information that have been established (usually via a court ruling) as protected under privacy law. Searching through trash for information is perfectly legal, as long as the trash is on a curb or other public property.

Still, information shows up — mostly in lawsuits between corporations, or corporations and their employees — that suggests private security firms routinely use surveillance in ways that break the law, like tracking cellphone calls and using keystroke loggers to obtain access to private email accounts. Wal-Mart’s former director of marketing sued the company for wrongful dismissal, after Wal-Mart somehow obtained access to the Gmail account of another employee that she was having an affair with, and fired both of them for violating company policy. The case was settled out of court.

The question is: Are the intelligence tactics developed for the War on Terror leaking into private sector investigations? When a private investigations firm named Beckett Brown International (later renamed Si2) imploded in 2001, a former investor began to share documents from the company with former intelligence targets. Among the discoveries: The company, which was founded and run by former intelligence officers, was spying on Greenpeace for Dow Chemical (Greenpeace was on a campaign to get chlorine out of paper plates and napkins, which Dow objected to) and a coalition of anti-GMO organizations that called themselves GE Food Alert, who were campaigning to keep GMO corn out of Taco Bell products. Beckett Brown went so far as to hire a police officer in Washington D.C. to get access to the locked dumpsters at Greenpeace headquarters. A lawsuit later filed by Greenpeace against Dow Chemical revealed that Beckett Brown was also probably tapping Greenpeace’s phone calls.

Environmentalists whose work affects a company’s bottom line have reason to suspect they’re being monitored. How well they’re being monitored, though, is an open question. The most tangible recent evidence we have of the monitoring of environmental activists comes from The Global Intelligence Files — about 5 million emails that were obtained by hacking into the database of Stratfor, a private intelligence company that contracts with Lockheed Martin and Raytheon, as well as the Department of Homeland Security. Search through the files, though, and you won’t learn much beyond that you should never, never hire Stratfor to monitor anybody. The company’s analysis of the new leadership of the Sierra Club is mostly based on a Grist interview, and its reports on the Yes Men for Dow Chemical and Union Carbide consist of heavily cut and pasted write-ups of the Yes Men’s public appearances at various college towns across the country.

Are there better, more effective, possibly more corrupt spies out there? The best way to find out, according to Gary Ruskin, director of the Center for Corporate Policy and the author of Spooky Business: Corporate Espionage Against Nonprofit Organizations [PDF], is the good old congressional hearing. How does one go about getting a congressional hearing? Ruskin suggests that asking the right senators on the right committees is a good way to start.

Ruskin says there’s reason to believe that more investigative firms than we already know about are breaking the law, simply because there are few criminal penalties in this country for doing so: “Surely it has not been lost on the people conducting this that it has been done with impunity. In the UK and France,  there have been ongoing prosecutions. There has been jail, and fines. In the U.S. there has been total silence. I’m sure this has not been lost on these people.”

Two years ago, when it was discovered that EDF, France’s state energy firm and the world’s biggest nuclear energy supplier, had hacked into Greenpeace’s computers, the resulting trial ended with EDF being fined €1.5 million and ordered to pay €500 to Greenpeace by way of an apology. EDF’s head of nuclear production security at the time of the hack was sentenced to three years, and fined €10,000, and his immediate subordinate also saw jail time. The head of Kargus, the firm hired by EDF to do the hack, also got three years in jail (two suspended) and a €4,000 fine.

By contrast, when an investigator hired by Hewlett Packard lied in order to obtain the telephone records of journalists reporting on the company, he was only sentenced to three months, while charges against the company’s chairman and attorney were dropped. A Justice Department investigation into the FBI surveillance of anti-war and environmental groups found that activists were improperly put on terrorism watch lists, but appears not to have resulted in any penalties for the FBI agents involved.

As for the police officer who unlocked Greenpeace’s dumpsters? James Daron continues to work in the District of Columbia’s Special Investigations division.