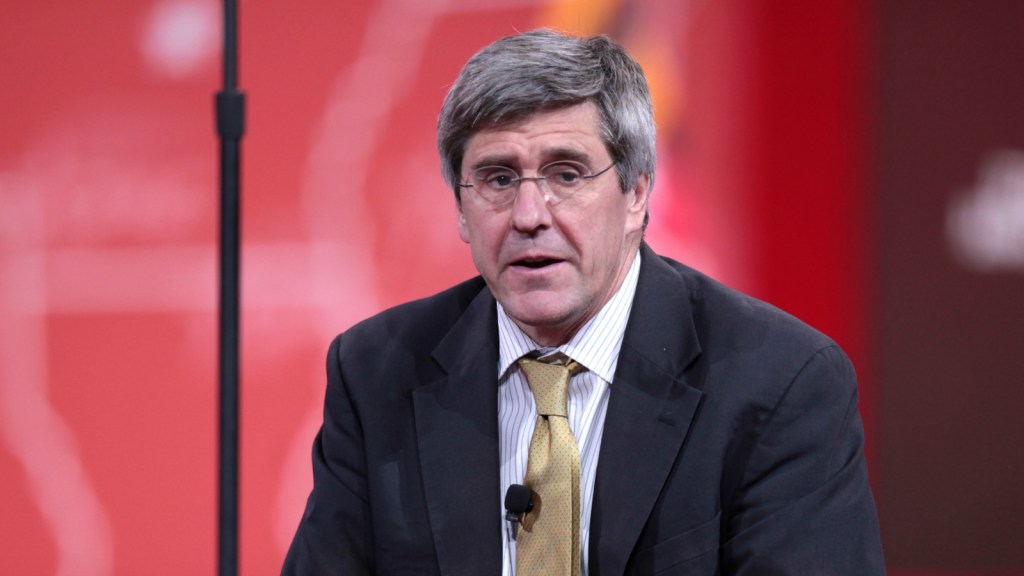 Donald Trump is prone to ridiculous, fact-free assertions on the environment and energy. That used to be attributed at least in part to his lack of policy advisors. But now he has advisors, and they’re full of lies too.

Take Stephen Moore, one of Trump’s economic advisors. Moore told E&E Daily in a recent interview that he is urging Trump to emphasize his commitment to expanding fossil fuel production. Many of the supporting arguments Moore offers are completely false — like so much of what Moore has ever said or written.

Moore wants Trump to go even further. “Since Moore came on board this spring to advise Trump on his tax plan, he’s been encouraging Trump to hit back against Democrats’ claims that the transition to more wind and solar energy will be good for the economy and the environment,” E&E writes.

That the transition to wind and solar energy is good for the environment isn’t a claim, it’s a fact. Wind and solar do not create the climate pollution or the conventional pollution that coal, oil, and gas do. And it’s undeniable that the wind and solar industries are creating jobs. Solar already employs more people in the U.S. than coal, despite the fact that solar currently provides a much smaller percentage of the nation’s electricity.

Moore also trots out the old, discredited claim that the U.S. shouldn’t bother to do anything to curb carbon emissions because China will just keep on polluting. “Every time we shut down a coal plant in the U.S., China builds 10,” he told E&E. “So how does that reduce global warming?”

Moore’s premise — that China won’t work with us to fight climate change — is simply wrong. Just last week, China formally joined the Paris climate agreement, at the same time the U.S. did. China is creating a cap-and-trade system for carbon emissions. In 2015, China’s solar energy capacity increased by 74 percent and its wind energy capacity expanded by a third, while coal consumption dropped by 3.7 percent. The U.S. has emitted more total climate pollution than any other nation on earth, so we have to demonstrate that we’re willing to take action if we want other countries to do the same. Under President Obama, the country is moving to cut emissions, so the U.S. was able to bring China into a landmark bilateral climate agreement in 2014.

Moore offered up yet one more howler when he told E&E that we could reduce emissions without transitioning away from fossil fuels. Plant some trees, he suggested. Tree planting is great, but as Grist explained long ago, there is no way to plant enough trees to soak up all the carbon currently emitted by our cars and power plants. Then again, there’s a long conservative tradition of being confused about trees.