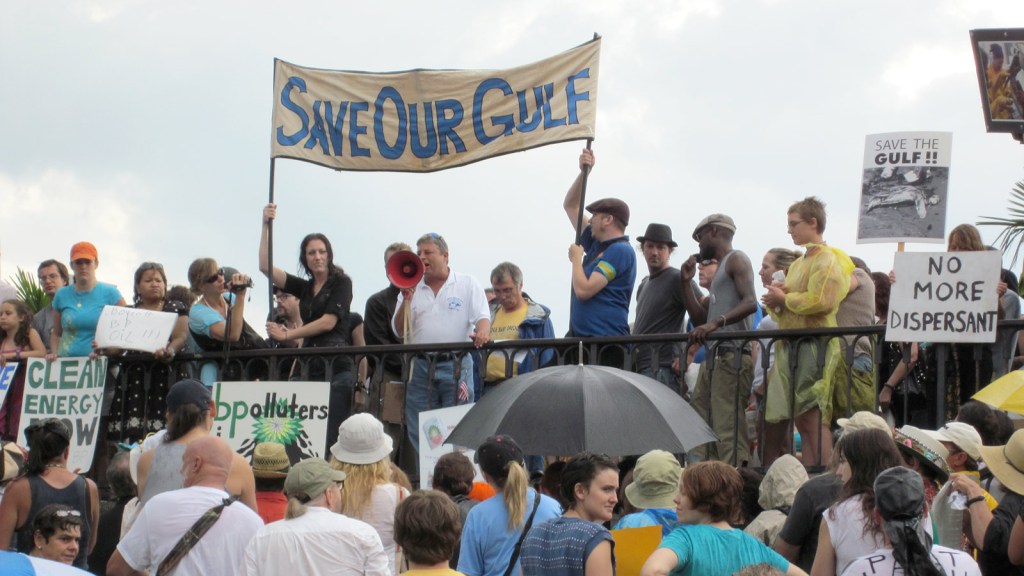 Infrogmation of New Orleans
It's not all bad

You will hear a lot of gloomy reports about the state of the Gulf Coast as we approach the fourth-year commemoration of the BP Deepwater Horizon oil spill disaster on April 20. And that’s fair. BP deserves little cheer in the face of widespread health problems across the Gulf, for both humans and marine animals, and the disappearance of entire fishing communities. Despite what BP is telling us, it ain’t all good. But it ain’t all bad, either.

Gulf Coast communities from the Florida Panhandle to Texas’s right shoulder had been through a few disaster rodeos before the BP spill. They’ve survived hurricanes named for just about every letter of the alphabet. And they’ve endured careless and reckless decisions from every level of government, way more than one time too many. Given those past experiences, residents and activists along the Gulf corralled together after the BP disaster to make sure their most immediate concerns would be heard this time around. Region-wide networks like the Gulf Future Coalition and the Gulf Coast Fund for Community Renewal and Ecological Health were formed immediately after the spill to harness the expertise of Gulf citizens who often historically were excluded from recovery processes. Through guiding documents like the Unified Action Plan for a Healthy Gulf and media projects like Bridge the Gulf, community members were able to voice their concerns and demands, free of bureaucratic or political filters.

These projects gave Gulf residents the opportunity not only to frame the Gulf recovery narrative, but also to influence government-led recovery plans. The result has been three demonstrable victories:

1. The Gulf Coast gets to keep the money: The current civil trial against BP to determine how much the company will pay in Clean Water Act fines won’t conclude until next year, but scientists and legal experts expect fines to total upwards of $20 billion, which normally would be great news … for the U.S. Treasury. Under the Oil Spill Liability Act, such fines are directed to a special Treasury account to be used to cope with future oil tragedies. But Gulf Coast communities said, “Wayment, y’alls oil and gas drillers been foulin’ up our waters for decades. We deserve that money for the tragedies y’all been causin’ today.” The community groups wrote up a new law called the RESTORE Act, which would keep 80 percent of the BP fine money right there in the Gulf, and out of reach of D.C.’s balanced-budget stalkers. Inside-the-Beltway conventional wisdom says no one’s been able to get anything passed through Congress the past few years. Well, the RESTORE Act passed, and it’s now law. The Gulf Coast keeps the money. Derrick Evans, director of the Gulf Coast Fund, explains it better in this video.

2. Gulf Coast residents get some health care (even as they’re denied the full benefits of Obamacare): Unexplained illnesses have become prevalent in the wake of the spill, particularly among those involved in the emergency cleanup response immediately after. Despite an untold number of Gulf residents complaining of respiratory problems, rashes, and nausea, BP stated it would not hear any health-related grievances through its claims process. In fact, BP publicly doubted that any of the reported illnesses were connected to the oil spill. But Gulf advocates did not let BP off that easy. When the company settled part of its civil case with a party of commercial fishermen and oil workers for $7.8 billion in 2012, activists were able to finagle a $105 million carve-out for health centers to be built in every Gulf state. These new health facilities will provide services to all Gulf residents, not just those directly impacted by the oil spill, and also epidemiological training for doctors so they can better monitor for spill-related illnesses as they surface over time. “These communities gave input early on that helped to shape the program that is now coming back to provide health services to them,” says Steve Bradberry, executive director of The Alliance Institute, which helped facilitate the community input. Another silver lining here is that the new health centers, some of which are just now coming online, are being built in states where the governors have turned down federal funding to expand Medicaid.

3. You don’t have to rely on Anderson Cooper for your Gulf news anymore: When disaster strikes the Gulf, national media forces like CNN and The New York Times drone in to capture the melee, then disperse at the first sign of another news story elsewhere in the world. And then Spike Lee comes and shoots a documentary, and it’s a wrap. But that’s not the whole picture anymore. Gulf residents have taken their stories into their own hands, eyes, and voices, mainly through documentaries. The result is what film scholars will hopefully one day recognize as the definitive canon of cinematic Gulf tales of survival. I’ve written about a couple of them, such as Leah Mahan’s Come Hell or High Water and Nailah Jefferson’s Vanishing Pearls. Add to that list Monique Verdin’s My Louisiana Love and Margaret Brown’s The Great Invisible. Then offscreen there’s Cry You One, a play that takes its audience directly to the bayous and wetlands of Louisiana for its narrative — literally. These stories — along with those told in the hundreds of local blogs, news outlets, and books that have sprouted in the past few years — will give future historians a view from the ground of what restoration looked like, who benefited, and who was excluded.