Shortly after Donald Trump was sworn in as president on Friday, the White House said that eliminating power plant climate rules, a clean water rule, and other environmental regulations would “greatly help American workers, increasing wages by more than $30 billion over the next seven years.”

The statement, included on the White House’s website to justify Trump’s drive to eliminate environmental rules affecting the energy sector, was a falsification. And if it were true, it would represent wage gains equivalent to less than $20 per American every year.

The figure was based on a paper produced by a Louisiana State University finance professor in 2015 on behalf of a fossil fuel industry nonprofit. The paper, which was not peer-reviewed, investigated potential economic impacts if all protected federal lands were opened to unlimited oil, gas, and coal mining.

The paper did not, however, analyze the potential impacts of other potential regulatory changes, such as eliminating Obama-era power plant climate rules, as the White House suggested.

“It seems that the White House mischaracterized the study,” said Ken Gillingham, a Yale economist who worked a year for the Obama White House. He also said the study was “problematic from start to finish.”

The paper assumed that lifting restrictions on fossil fuel extraction in the Arctic National Wildlife Refuge and all other protected American lands would lead to an unfettered boom in production of coal and other fossil fuels. That assumption and others were disputed by Gillingham and other experts.

“The long-term trend in terms of our overall electricity sector is very much away from coal,” said Adele Morris, a researcher at the nonprofit Brookings Institute who reviewed the paper. “So I don’t see why opening up a bunch more land is going to necessarily generate a lot more mining activity.”

The paper examined how the economic benefits from such mining and drilling booms nationwide might spill into other industries. It estimated a $32 billion growth in wages across the American economy every year for the next seven years. The findings were also mischaracterized and cited in more detail by Trump’s campaign in August.

Not only did the new administration and the Trump campaign misrepresent the regulations that were analyzed in the paper, they also understated its findings by claiming the “more than $30 billion” in increased wages would accrue over seven years instead of every year for seven years.

Projecting the true economic impacts of eliminating America’s environmental protections would be exceedingly difficult to calculate. 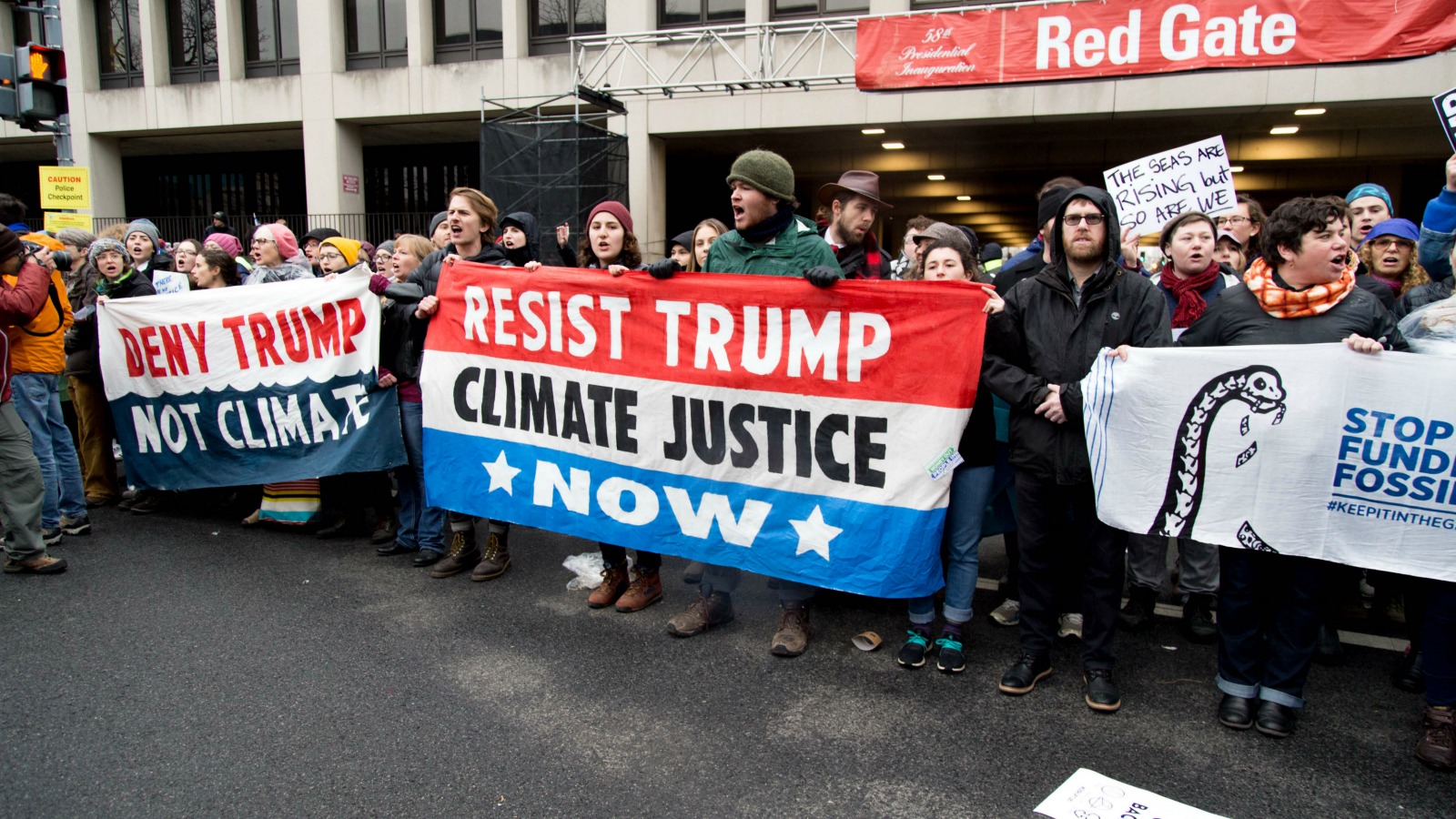 “One would have to analyze each and every regulation separately, and then account for the interactions,” said Robert Stavins, an economics professor at Harvard. “As is often the case, doing it wrong is easy, doing it right is difficult.”

Obama’s power plant climate rules alone could cost thousands of jobs in Montana, which is a heavy coal mining state, according to one estimate.

But estimates by Obama’s EPA and academics have concluded that the overall economy-wide benefits from the rules, called the Clean Power Plan, or CPP, would quickly climb into the tens of billions of dollars a year.

Among other things, those analyses consider savings from reduced future impacts of rising seas, worsening droughts, intensifying storms, and other effects of climate change caused by fossil fuel pollution. The past three years have broken global heat records, amplifying disasters.

“To be clear, the air pollution benefits alone justify the CPP,” said Michael Wara, a Stanford Law environment expert who coauthored a Science article in 2014 with Stavins and other academics that examined the economic costs and benefits of the rules.

Louisiana State professor Joseph Mason, the author of the paper that underpinned the White House’s claims on Friday, did not respond to emails or a voice message seeking comment. A spokesperson for the Institute for Energy Research, the fossil fuel–backed nonprofit that commissioned the study, also did not respond, nor did Trump’s press team.

Mason acknowledged to CNBC in September that his research failed to consider the environmental costs of fossil fuel development. But he said the true economic benefits of increased fossil fuel production on public lands may be greater than his findings suggested, because it would harm the environment and support a cleanup industry.

“I know it’s a perverse argument,” Mason said. “This is not about what should be, but about what is.”

The Natural Resources Defense Fund, a nonprofit that helped Obama’s EPA craft many of its green regulations, on the other hand, points to the economic benefits of such rules on the clean energy and other green jobs sectors. Estimates show those growing sectors already employ millions of Americans, jobs that could be jeopardized by Trump’s deregulation drive.

“If he really cared about creating jobs,” said Bob Deans, a spokesperson for the nonprofit, “if he really cared about increasing wages, instead of copying and pasting from the fossil fuel industry’s propaganda, he would go talk to any of the 2.5 million Americans who already get up every day and help us get more clean energy.”