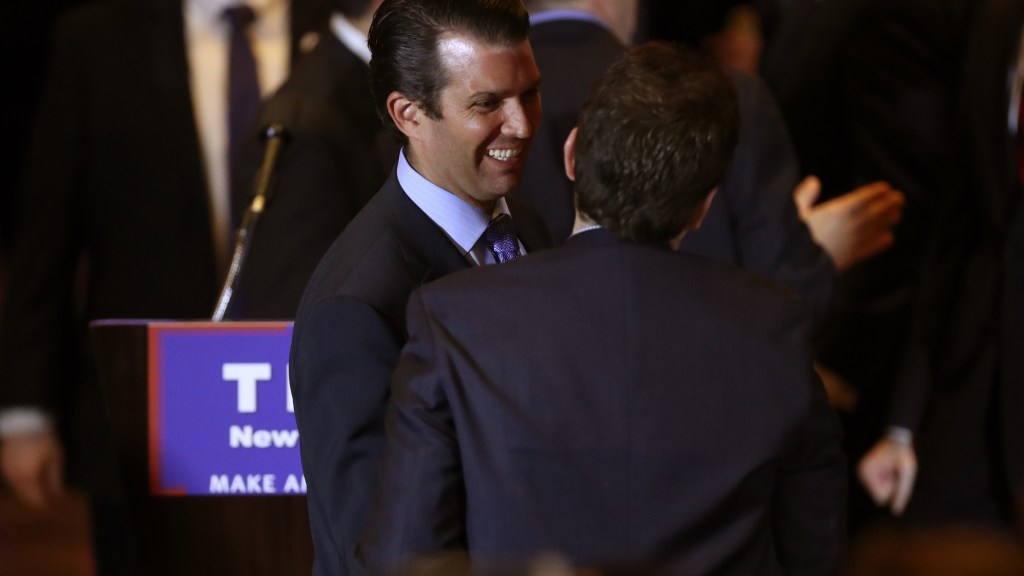 Donald Trump is butting heads with the GOP establishment over the issue of federal lands. Republican orthodoxy calls for handing them over to the states. But when asked about the issue in January, Trump said, “I don’t like the idea because I want to keep the lands great, and you don’t know what the state is going to do.”

Turns out there’s one very specific reason Trump wants to keep the lands great: because his sons like to kill animals on them — his eldest son in particular.

Donald Trump Jr., a hunter of big game as well as smaller defenseless animals, recently shared his own views on public lands with The New Yorker. “I’m in the fortunate position to be able to buy some land on my own, but not everyone has that ability,” Jr. said. “As it stands, if the states get the lands back, they could remain public or they could be sold off. So, say you have a ten-thousand-acre area. Well, a state could turn that into fifty golf courses that would be private and exclusive.”

While this may not bring in votes from the golf club contingent, Jr. has been actively hunting the sportsman vote, as E&E Daily reports. He invited reporters along on a pheasant hunting trip in January, and has given exclusive interviews to Field & Stream, Bowhunter Magazine, and Deer & Deer Hunting. His father was the only presidential candidate to speak at the National Shooting Sports Foundation’s annual trade show in Las Vegas.

Big ambition runs in the family: Trump Jr. told the magazine Petersen’s Hunting that he would like to be secretary of the interior in his father’s administration. He is, to be sure, completely unqualified, but that’s never stopped a Trump before. “Between my brother and myself, no one understands the issues better than us,” Jr. told Petersen’s. “No one in politics lives the lifestyle more than us.” No one.

Big egos, it seems, run in the family as well.