Trump’s stint in the White House is at an end, but his self-proclaimed legacy as America’s “great environmentalist” lives on. In tweets, stump speeches, tweets, TV interviews, tweets, and more, we’ve learned a great deal over the last four years about Trump’s sweeping vision for environmental policy — including opening up the Arctic National Wildlife Refuge to oil drilling and weakening fuel efficiency standards for cars and trucks.

In addition to his many environmental rollbacks, Trump also assembled an impressive set of “alternative” environmental facts: Remember when he called the Green New Deal a socialist plot to “completely destroy America’s economy,” claiming that it would “permanently eliminate all Planes, Cars, Cows, Oil, Gas & the Military”? What about the time he said eco-friendly light bulbs would cast an orange tinge over everything? Or that fuel-efficient vehicles would be made of papier-mâché?

“The president has never been shy about communicating his sweeping vision for clean air, crystal clean water, and conservation,” wrote the chair of the Trump administration’s Council on Environmental Quality near the end of 2020.

Well, you can’t argue with the “never been shy” part.

Trump’s less-than-accurate interpretations of environmental proposals sure do paint a vivid picture. So vivid, in fact, that we asked Grist fellow Alexandria Herr to illustrate Trump’s take on what environmental policies mean for your daily life, based on his actual words. 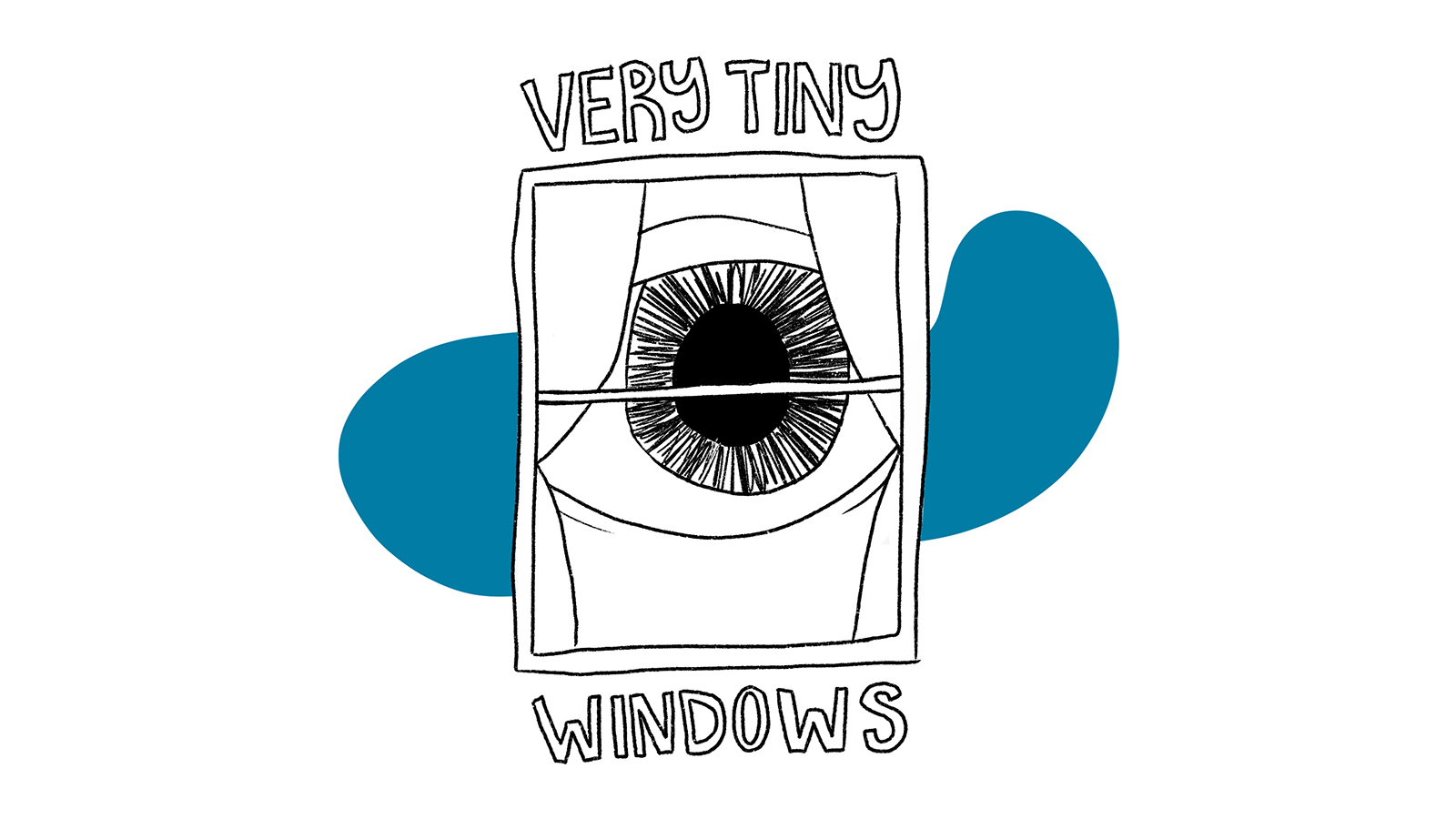 THE CLAIM: Not only are Green New Dealer supporters coming for the oil and gas industry, they also want to take away your windows — if not all of them, then at least the big ones. “You’re not going to have windows anymore,” Trump warned his supporters during a rally in September 2020.

THE TRUTH: The Green New Deal is a 14-page resolution aimed at creating green jobs while bringing U.S. carbon emissions to net-zero by 2050. It does not call for smaller windows — in fact, the document makes no mention of them at all.

THE CLAIM: Remember those old dishwashers that would explode when you turned them on? Neither do we, but the machines that the president described during a campaign rally in Battle Creek, Michigan, last December sound pretty intense. “Remember the dishwasher, you’d press it. Boom — there’d be like an explosion,” the president told a crowd of supporters. “Five minutes later, you open it up, the steam pours out.”

Unfortunately, according to Trump, environmental regulations have banned those explosive dishwashers, and the new ones apparently have to be pressed many in order to function. “Now you press it 12 times,” Trump said. “The women tell me, again. They give you like four drops of water.”

THE TRUTH: Newer water-saving may take slightly longer to run, but they use less water and energy than their older counterparts.

Climate kooks want us all to drive papier-mâché cars. 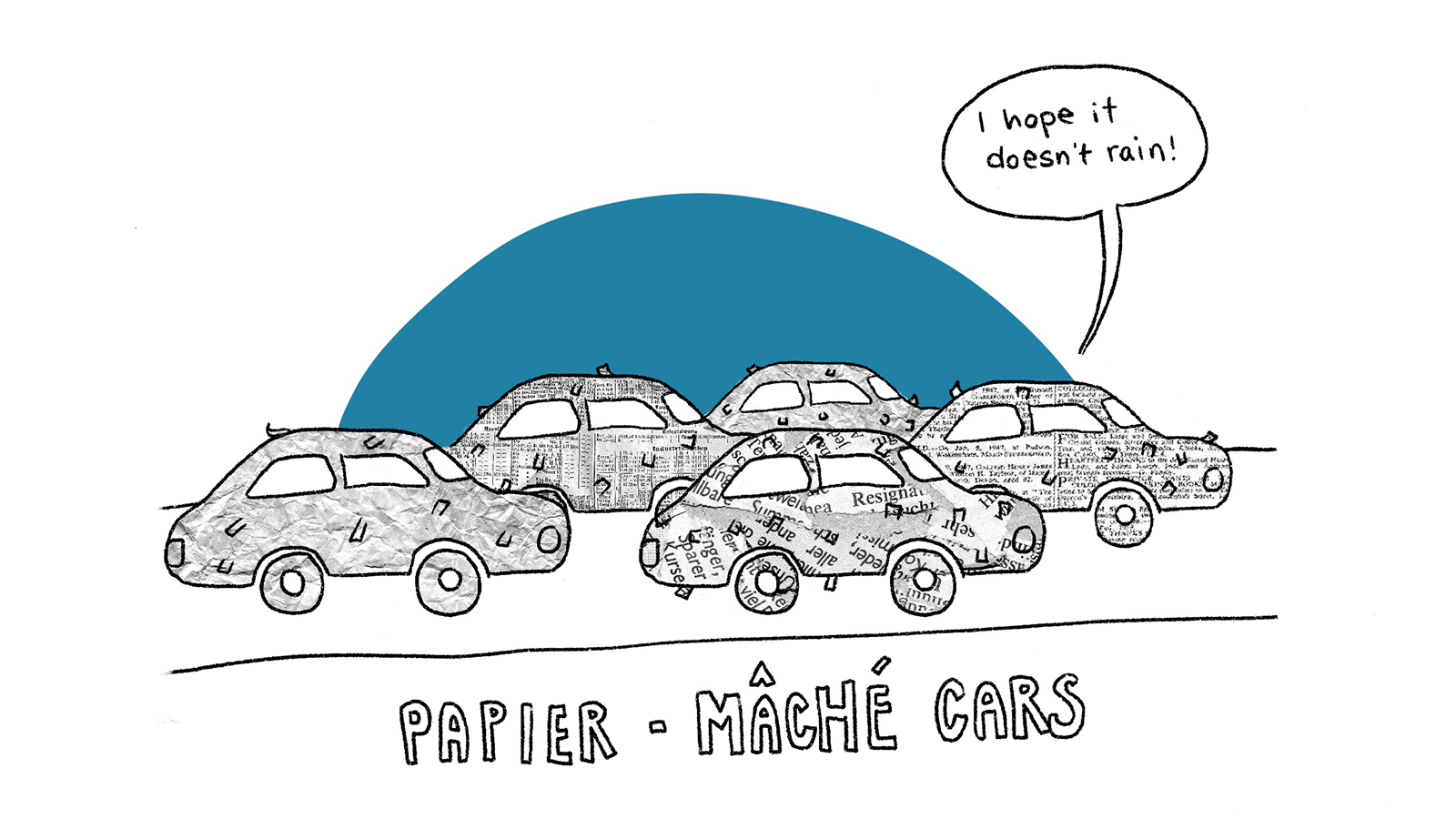 THE CLAIM: Eco-friendly cars tend to be smaller and lighter than their gas-guzzling patriotic counterparts, but Trump said California legislators’ emissions-cutting efforts went too far because they required automakers to develop cars “made out of papier-mâché.”

In a phone call to Fox and Friends, Trump additionally claimed Americans would only be allowed one car per household, and that that vehicle would have to be electric — presumably because the technology for papier-mâché electric vehicles is still in its infancy?

THE TRUTH: Fuel efficiency regulations in California and elsewhere do not require cars to be made of papier-mâché, and the Green New Deal does not mandate limits on the number of cars a single household can own. In general, environmental policies for autos aim to slash emissions by gradually phasing out the sale of gas-powered cars and replacing them with sales of all-electric vehicles. 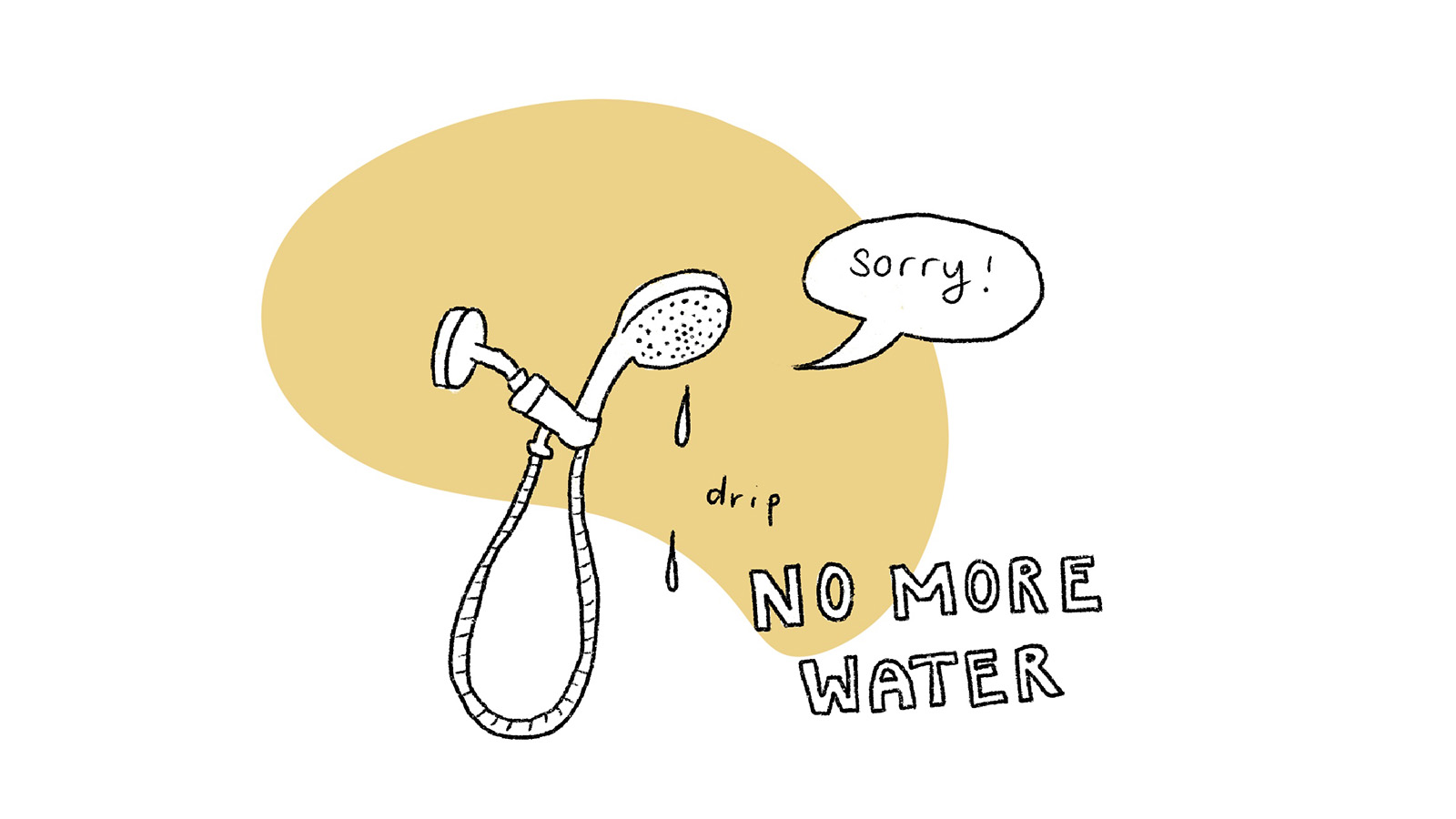 THE CLAIM: At a December 2019 rally, the president railed against water-conserving, low-flow toilets, claiming that they had to be flushed “10 times right, 10 times. Bah bah.” At other times, he’s bumped the estimate up to 15 flushes — though he wants to make it clear he’s not speaking from personal experience. “Not me, of course,” Trump told his supporters, pointing at a random member of the crowd. “Not me. But you. Him.”

Trump has made similar claims with regards to efficient shower heads and faucets — saying water simply “doesn’t come out” of either low-flow appliance. “You turn on the shower — if you’re like me, you can’t wash your beautiful hair properly,” Trump said during a 2020 visit to an Ohio Whirlpool manufacturing plant.

THE TRUTH: Newer low-flow showerheads, water faucets, and toilets tend to use less water than their less-efficient forebears. But other than Trump’s anecdotal accounts, there’s little evidence that they function poorly. Peter Gleick, a co-founder of the nonprofit Pacific Institute, told NPR that the president’s complaints were outdated: “Some people got bad toilets, but that was 10 or 15 years ago,” he said, adding that newer toilets “flush better.” 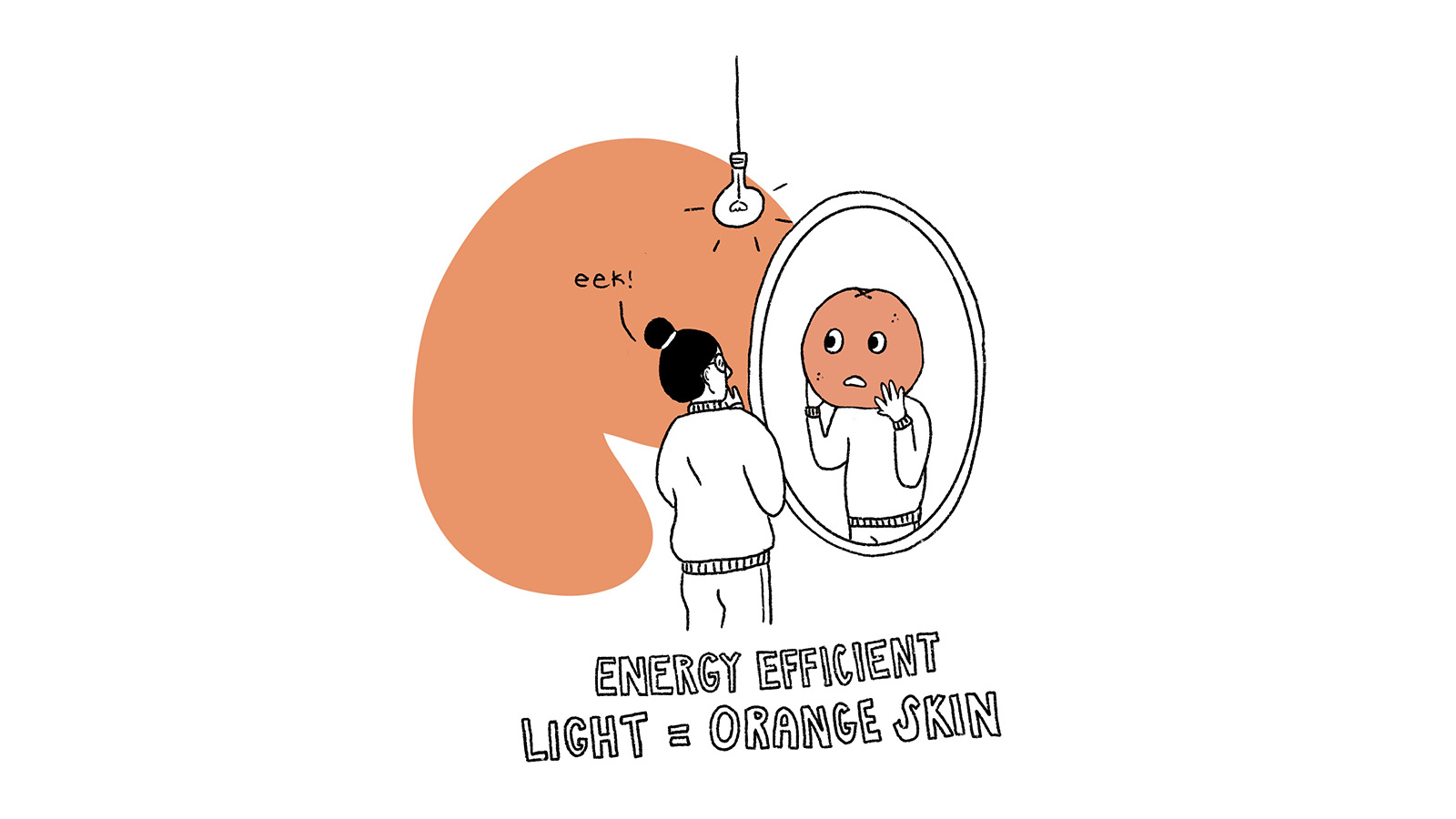 THE CLAIM: “Why do I always look so orange?” Trump asked his supporters at a 2019 rally. He says to blame “the new light” from energy-saving light bulbs. “They’re terrible,” he said, and “cost you many, many times more. Like four or five times more.”

THE TRUTH: Energy-efficient light bulbs are competitively priced compared to incandescents, especially considering that they can last up to 25 times longer while using up to 80 percent less electricity. Plus, experts say they are unlikely to make people’s skin look orange. In an interview with the Washington Post, one professional photographer noted that Trump’s skin looks orange even against a white background. 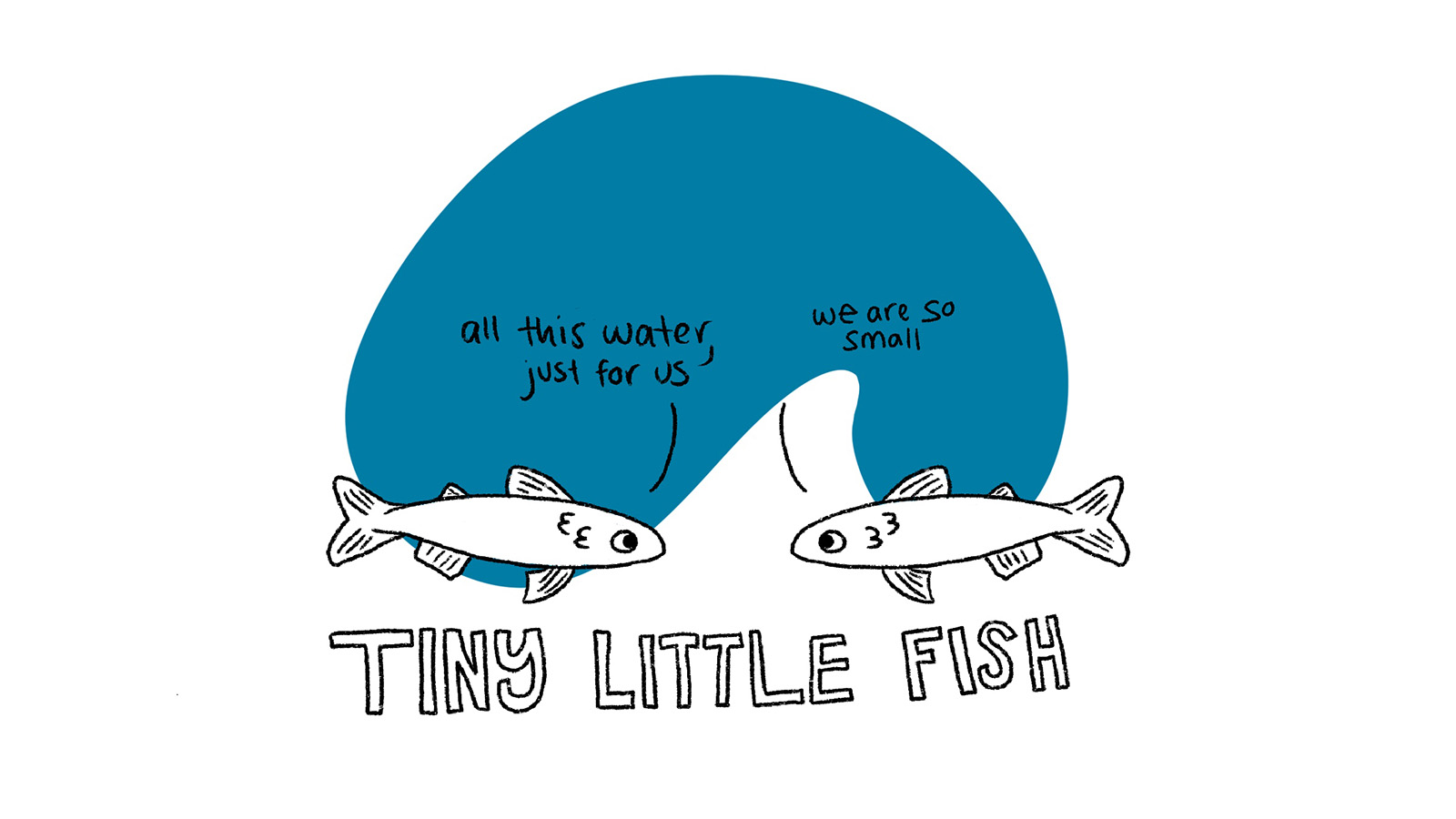 THE CLAIM: According to Trump, it’s a quick jump from water conservation policies — like California’s efforts to protect its endemic and critically endangered Delta smelt — to water rationing. In a September 2020 interview with Fox News’ Mark Levin, the president warned that regulations to protect the “tiny little fish” were wasting “beautiful, nice, clean water” by ejecting it into the Pacific Ocean.

“They have no water,” Trump said. “They’re gonna ration for everybody.”

THE TRUTH: California’s measures to protect Delta smelt include limits on when water can be drawn from the Sacramento-San Joaquin River Delta, a freshwater source for citizens and farmers throughout the state. Scientists say the fish is an “indicator species,” meaning their health is tied to the health of the broader ecosystem.

The Green New Deal is after your cows. And “you’re next.”

THE CLAIM: “Cows are out,” Trump told his supporters during a rally in Mosinee, Wisconsin, in September last year. It’s a claim he’s harped on often in relation to the Green New Deal, ever since the resolution was unveiled in 2018. And he says that’s only the beginning of Green New Dealers’ nefarious plans.

“They want to kill our cows,” Trump said at an Iowa campaign rally last January. “That means you’re next.”

THE TRUTH: In order to cut emissions to net-zero by 2050, Americans will need to reduce their consumption of emissions-intensive foods like red meat. However, the Green New Deal never mentions cows at all, let alone “killing” or eliminating them.

TVs won’t work unless the wind is blowing. 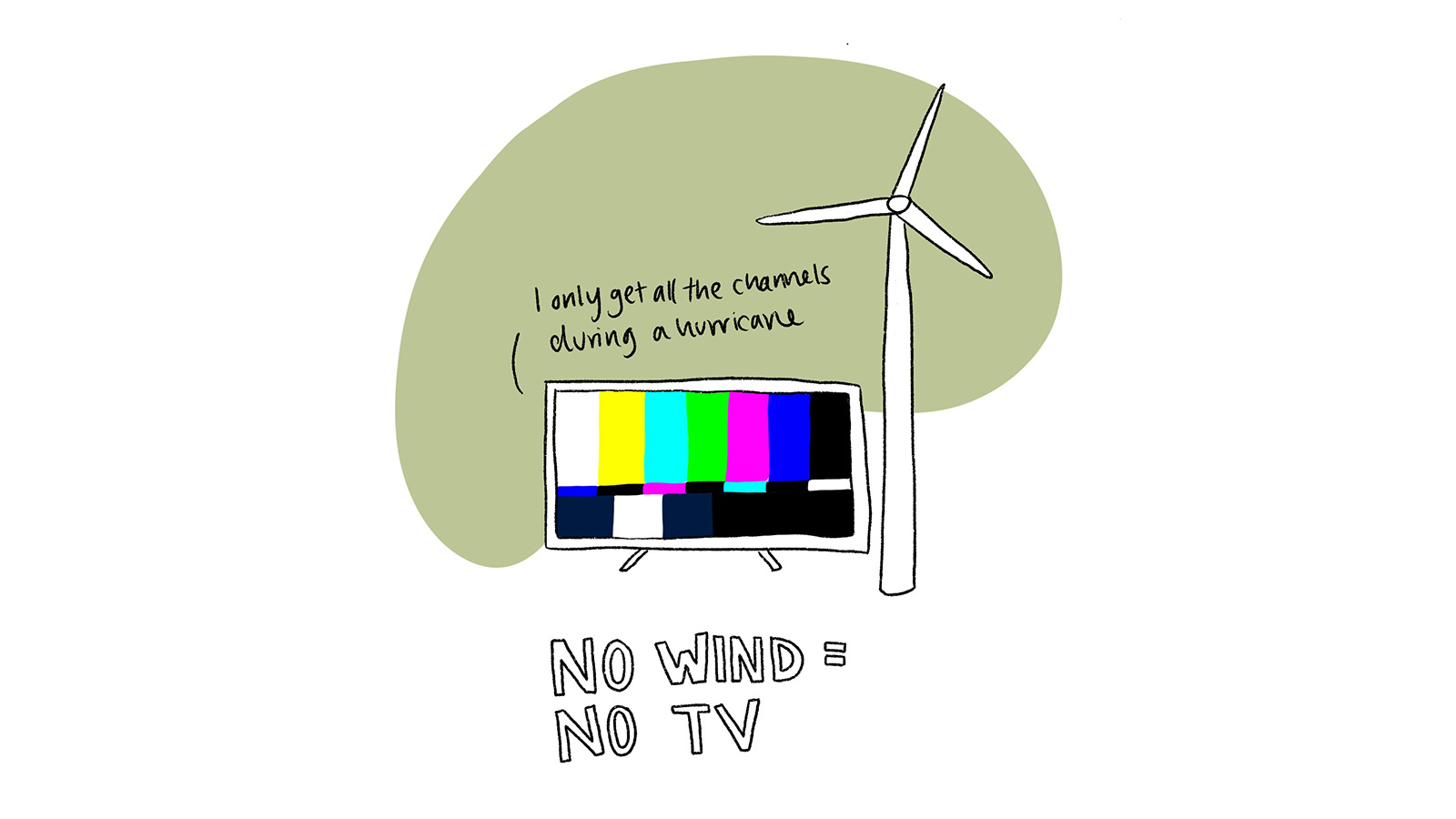 THE CLAIM: Good luck trying to use clean energy to watch anything on TV. Trump has argued that in a wind-powered future, television channels will only be available when the wind is blowing.

Just imagine, he said to a Wisconsin crowd in September and referring to himself in the third person: “You go home and want to watch television because President Trump is on and you want to watch one of his very brilliant State of the Union addresses. If the wind isn’t blowing, the husband looks at the wife, says, ‘Darling, I’m sorry, you can’t watch tonight.’”

THE TRUTH: Although variable weather can present challenges, Trump claims exaggerate the limitations of wind power. According to FactCheck.org, energy generated from wind turbines feeds into an electrical grid, which can almost always handle intermittency. 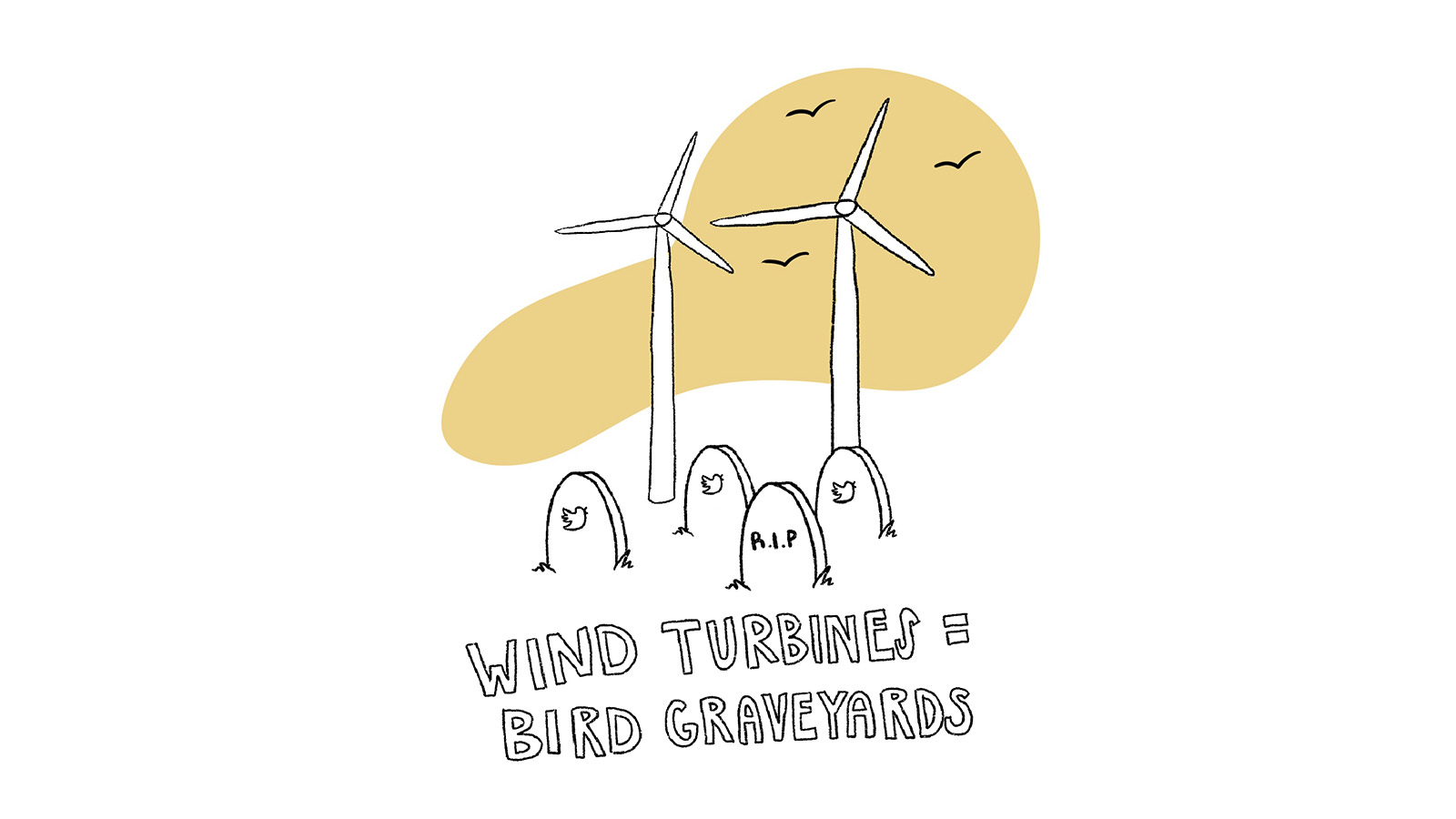 THE CLAIM: As if cow-hating Green New Dealers weren’t bad enough, Trump has said their wind turbines will also lay waste to the country’s avian population. “If you love birds, you’d never want to walk under a windmill,” Trump said during a GOP fundraiser in April 2019, calling it a “graveyard for birds.” “It’s a very sad, sad sight. It’s like a cemetery. We put a little statue for the poor birds.”

Oh and, according to Trump, wind turbines are also bad for humans. “They say the noise causes cancer,” he said to his fellow Republicans.

THE TRUTH: Estimates from the U.S. Fish & Wildlife Service say that up to 327,586 birds are killed by wind turbines every year. However, that’s relatively few compared to other threats. Cats, for example, kill a billion birds per year, and millions more are killed by electric lines, buildings, and cars. And *sigh* there is absolutely no evidence that wind turbines cause cancer in humans.

THE CLAIM: Naturally, Trump’s interpretation of the Green New Deal is that it will ban air travel and planes. Which would, naturally, put a damper on some people’s vacation plans. “How are we getting to Hawaii on a train?” Trump said at a February 2019 campaign rally in El Paso. (That comment was an attempted “gotcha” from Trump, directed at Hawaii’s “crazy senator” Mazie Hirono for having supported efforts to switch from fossil fuels to renewable energy. )

Trump has also said the Green New Deal would require (underwater?) train connections between the United States, Europe, and Australia — at the cost of “a hundred trillion dollars.”

THE TRUTH: An FAQ sheet distributed by Representative Alexandria Ocasio-Cortez’s office said the bill could encourage enough investments in high-speed rail to make air travel unnecessary, but that does not mean the Green New Deal would ban planes. The original document says that high-speed rail is one of a suite of options to reduce CO2 emissions by “overhauling transportation systems.” Proponents of the plan have never called for intercontinental rail infrastructure.

Additionally, most economists say it’s too early and there are too few details to put together a cost estimate for the Green New Deal. Others have said that reaching net-zero carbon emissions by 2050 — one of the resolution’s overarching goals — could be accomplished with about 2 percent of GDP per year, roughly $18 trillion.

The art of repeal: illustrating Trump’s toxic legacy — and Biden’s daunting task ahead