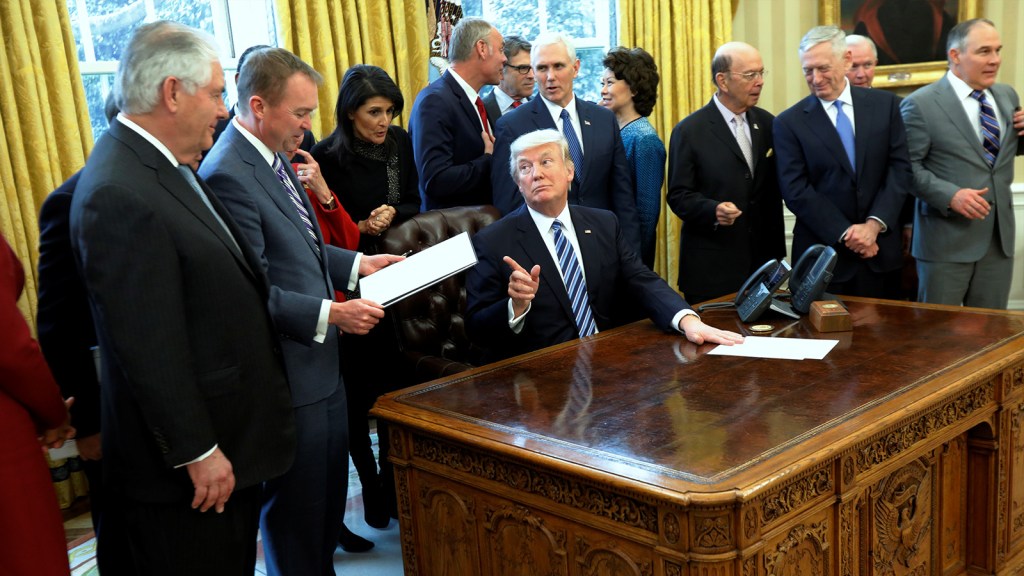 Reuters/Jonathan Ernst
not all funds and games

The Trump team wants to dramatically shrink much of the federal government, but you know what it wants to shrink most of all? Environmental programs. Under the budget plan released by the White House on Thursday, the Environmental Protection Agency would take a bigger percentage hit than any other cabinet-level department: Its funding would be slashed by almost a third. That means many of the agency’s programs would experience crippling budget cuts, while others would get wiped out entirely. Environmental programs in other departments would come under the ax as well.

President Trump claims he wants to focus on clean air and water instead of climate change, but this new “skinny budget” proposal suggests otherwise. It not only eliminates climate initiatives, but cuts air and water programs, too.

Here are 13 of the most critical proposed budget cuts:

There’s lots more where that came from. If you want to dig deeper into Trump’s budget plans, the Washington Post has an excellent rundown.

Keep in mind, though: Congress gets to write federal budgets, not the president. Trump has now put forward his proposal, but the House and Senate will do their own thing. Even many Republicans are unnerved by Trump’s proposed cuts, environmental and otherwise. Alaska Republican Sen. Lisa Murkowski, chair of the subcommittee that writes EPA’s budget, said she “cannot support” many of the cuts. And Rep. Leonard Lance, a New Jersey Republican, argued that some of the cuts “are penny wise but pound foolish.” That’s putting it mildly.