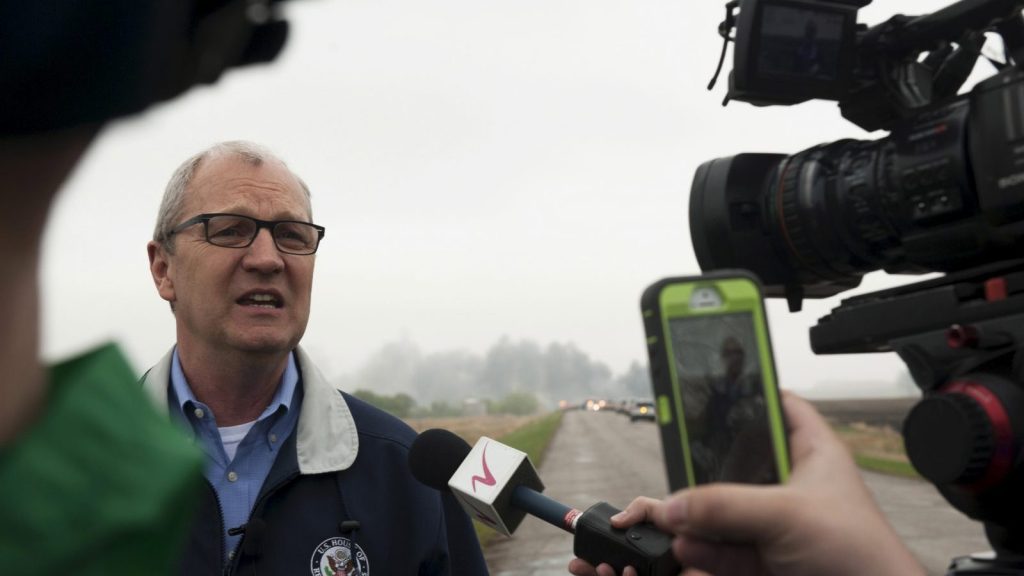 Donald Trump’s new energy adviser is exactly the kind of guy you’d expect to find passing white papers along to the Republican presidential candidate who called global warming “bullshit” and a “hoax” invented by the Chinese.

All that’s enough to raise green eyebrows. What’s more troubling is the short-sightedness and illogic apparent in the policy positions Cramer says he’ll recommend to the presumptive nominee.

In an interview with ClimateWire, Cramer voiced his support for a “very, very modest carbon tax” to replace the Clean Power Plan. It’s an intriguing position for a climate skeptic to take, until you realize that he wants to use the new tax revenue to “fund clean fossil fuel research and development.” The truly curious bit here is that Cramer called a revenue-neutral carbon tax “inappropriate” in the same interview — but his proposed tax is revenue neutral.

“I would still tell [Trump], ‘Yeah, we need to stop and repeal the Clean Power Plan,'” Cramer said. “If in fact he wants a more carbon-restrained energy policy, he ought to work with real scientists and work with Congress to come up with a better one.” It’s unclear whether Cramer’s “real scientists” accept real climate science.

Asked if he was scared by Trump’s recent comment that ozone-depleting compounds don’t hurt the environment, Cramer responded, “No, it doesn’t scare me, because frankly, it gets back to his blunt talk. He speaks so plainly, and yes, it may not seem sophisticated, it may not seem hyper-intellectual, but it’s plain enough for everybody to understand.”

The problem, of course, is that “plain enough for everybody to understand” should not be a synonym for “patently false.”

On Twitter, Cramer comes off as a plain-spoken, back-slapping fossil-fuel advocate. Here’s a classic quip:

Which would nearly approach amusing, if Cramer himself wasn’t the threading holding the screw back. Here he is in 2013: “These mandates and these wind farms are all based on this fraudulent science from the EPA, meaning their claim that CO2 is a pollutant and is causing global warming.”

Since then, Cramer has followed a path taken by others in the GOP and traded in his outright denial in favor of deflection masquerading as pragmatism. “I don’t even participate in that ‘climate change is real, climate change isn’t real’ debate,” Cramer said last year. “It doesn’t matter to me whether it’s real or it isn’t real.”

Sure it does. The largest industry donor to Cramer’s campaigns is the oil and gas sector; his largest single contributor is Tesoro. All while North Dakota’s oil boom verges on an echo.

So no, there aren’t many surprises here. Cramer opposed renewal of the federal government’s tax credits for wind energy production and co-sponsored the Federal Land Freedom Act, which would allow states to lease energy rights on federal lands. Last year, he introduced a bill that would authorize the Secretary of Interior to approve natural gas pipelines running through units of the National Park System. What could go wrong?

Because this is the way the world works, Cramer currently serves on the House Subcommittee on Environment and the Economy. And with President Trump in the White House, he could be your next Secretary of Energy.